United States Government: Who is in control? 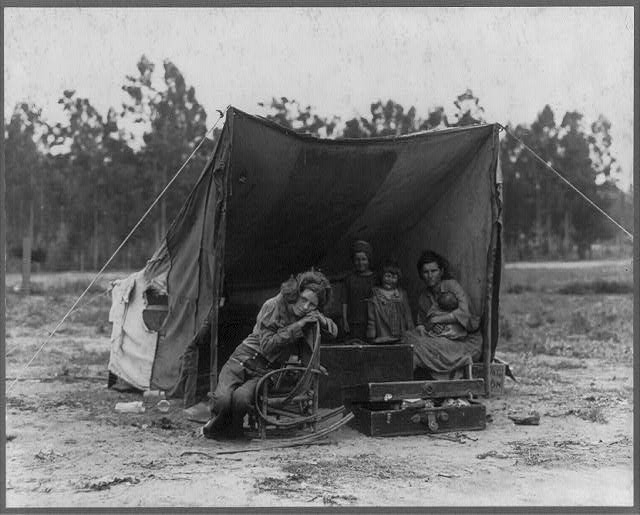 The United States guarantees its citizens the right to participate in government. In fact, the republic is based upon the ideas of consent by those who are governed and individual participation.  If each individual, regardless of birth or circumstances, has value and possesses unalienable rights, individuals may band together to protect and defend these rights.  If individuals believe these rights are unalienable (inseparable) from the human condition either by human reasoning or personal recognition of divine authority, they may also believe that no government should separate them from their rights to life, liberty, and property without their consent.  Individuals in the new republic formed a government based upon consent; unfortunately, consent was not expanded to all individuals living within the borders of the new nation at the time of formation. Ideally, all individual citizens would acknowledge consent for the government while allowing this government to balance protection of individual liberty with maintenance of security and order. 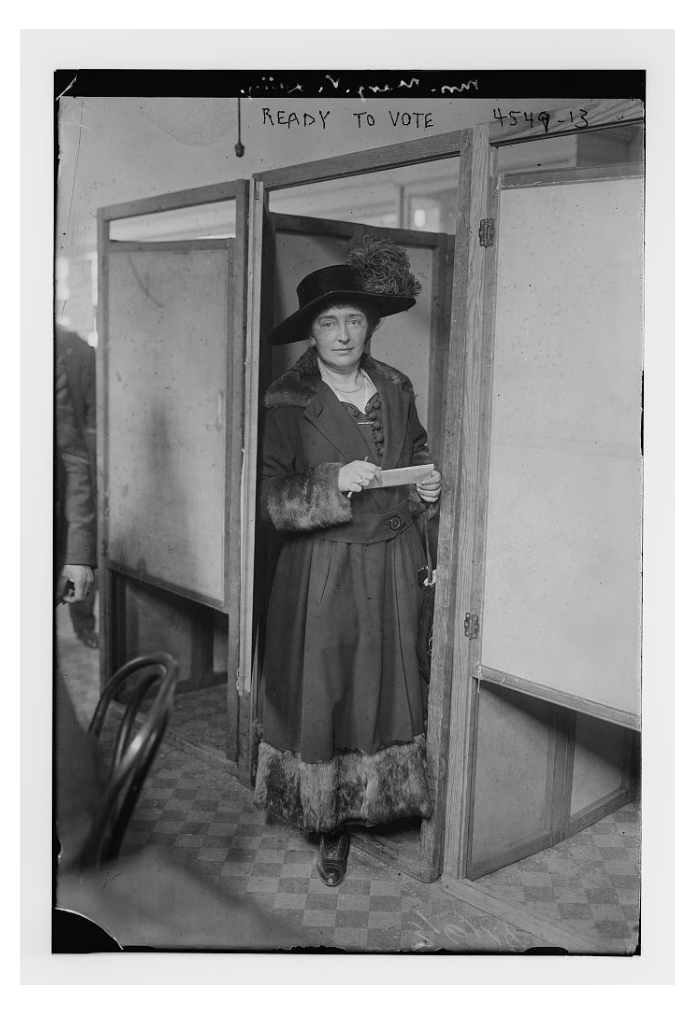 Margaret V. Lally is pictured here at the door of a voting booth during the first election where women could vote. (Credit: Bain News Service, Library of Congress Collection)

The founders of the U.S. Constitution understood that citizens might band together in organized groups to attempt to influence elected representatives as they develop rules and laws. This form of civic participation is guaranteed in the Bill of Rights through the First Amendment’s right to petition the government to address your concerns and the right to assemble or organize political meetings or groups. The United States has many different levels and branches of government that any citizen or group might approach with concerns about protection of liberty and property or maintenance of order and security. Who is really in control of the government?

Patriotic Rally of the citizens of Philadelphia for the Home Defense Committee, March 31, 1917 (Credit: Library of Congress Panoramic Photographs Collection)

Many people believe evidence indicates U.S. citizens, especially as represented by competing groups, are able to influence government actions. This viewpoint is called the pluralist theory of government, which states political power rests with competing interest groups sharing influence over governmental decisions. Some political theorists, however, argue that a minority of citizens, economic and political elite, control the government and others have no influence. This belief is called the elite theory of government or elitism. According to this theory, the United States is, in fact, an oligarchy where power is concentrated in the hands of the few.

Pluralists argue, political power is distributed throughout society. Rather than resting in the hands of individuals, a variety of organized groups hold power, with some groups having more influence on certain issues than others. Thousands of interest groups exist in the United States.[1]

Approximately 70–90 percent of Americans report belonging to at least one group.[2] 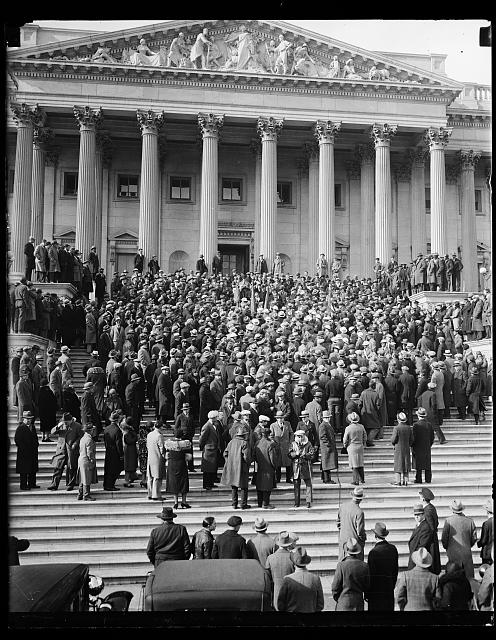 A veterans’ interest group protests bonus bill delay. Protesting Congress’ delay in considering the soldiers’ cash bonus proposal, scores of Washington veterans paraded to the Capitol in a demonstration to seek immediate action. They were met on the Capitol steps by members of the House who are war veterans, where the photograph shows them being addressed by Rep. Patman of Texas. (Credit: Library of Congress Collection)

According to pluralist theory, people with shared interests will form groups to make their desires known to politicians. These groups include environmental advocates, unions, and organizations representing various business interests. Because most people lack the inclination, time or expertise necessary to actively advocate for their interests in Washington, D.C., these groups assume this role. As groups compete with one another and find themselves opposed on important issues, government policy forms. In this way, government policy is shaped from the bottom up and not from the top down, as in elitist theory. Robert Dahl, author of Who Governs?, was one of the first to advance the pluralist theory, and argued that politicians seeking an “electoral payoff” are attentive to the concerns of politically active citizens and through them become acquainted with the needs of ordinary people. They will attempt to give people what they want in exchange for their votes.[3]

The foremost supporter of elite theory was C. Wright Mills. In his book, The Power Elite, Mills argued that government was controlled by a combination of business, military, and political elites.[4]

Most political elites are highly educated, often graduating from prestigious universities. According to elite theory, the wealthy use their power to control the nation’s economy such that those with little influence cannot advance economically. Wealth or political connections allow the elite to secure for themselves the politically important positions used to make decisions and allocate resources in ways that benefit this group. Politicians do the bidding of the wealthy instead of attending to the needs of ordinary people. Those who favor government by the elite believe the elite are better fit to govern and that average citizens are content to allow them to do so.[5]

Currently, more than half of the members of Congress are millionaires; their median net worth is just over $1 million, and some have much more.[7]

There is considerable dispute over the validity of elite theory. While a clearly differentiated socio-economic group appears to exist in positions of power, members of this group often do not have the same political viewpoints. For example, while Presidents Bush, Obama and Trump all attended prestigious east coast universities, they do not share similar political views on many issues. Outside government, extremely wealthy billionaires can often be found on different sides of the issues, such as George Soros supporting Democrats and Sheldon Adelson supporting Republicans.

Pluralism can undermine some of the basic democratic ideals of representative government. Since not all groups are equally powerful–they do not fulfill precisely the principle of political equality or one person/one vote. Moreover, lobbying influence is not the same as majority rule. Governmental responsiveness to interest groups, even when all are combined, do not represent the true majority view of the people–only the view of those organized individuals.

elite theory (elitism)–claims political power rests in the hands of a small, elite group of people

unalienable rights–rights possessed by every person; rights not conferred by the government; individual rights to life, liberty, and property