A graph of data, whether it is a correlational graph or not, always tells some kind of story about the data being plotted. How do you figure out what that story is for a particular graph? What is it telling you and how is it telling it?

For any graph, you need to figure out the following:

If you are interpreting a correlational graph, you additionally need to ask yourself:

Use the following graph as an example to walk through the steps of figuring out how to interpret a graph. 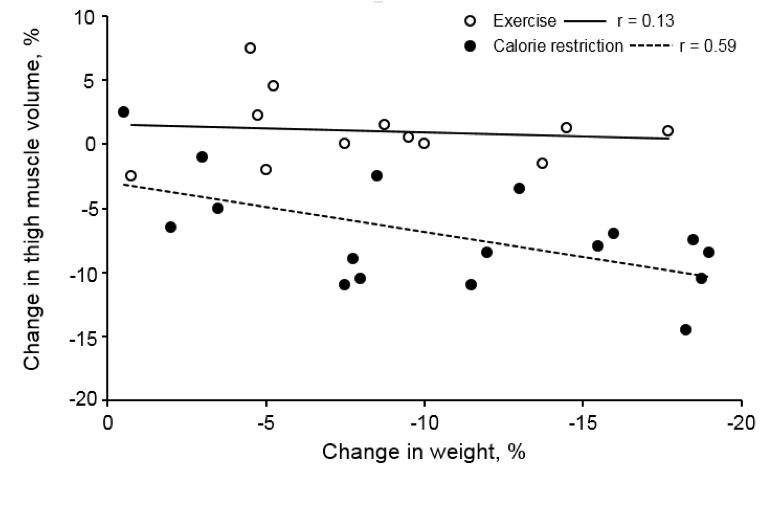 Figure 2-5. Data from a journal article by a research group at the University of Washington School of Medicine (Weiss, et al. 2007. Lower extremity muscle size and strength and aerobic capacity decrease with caloric restriction but not with exercise-induced weight loss. J Appl Physiol 102: 634–640.)

The researchers were comparing weight loss from dieting (“caloric restriction”) to weight loss from exercise. They had two groups, each consisting of 18 men and women in their fifties. The first group were called the caloric restriction group and were put on a strict diet for three months. The second group were called the exercise group and were put on an exercise regimen for three months. After the three months, the researchers measured various indicators of strength in their test subjects. The researchers were interested if they could find a way to allow elderly people to lose weight without losing strength. This graph is the results of one of the researchers’ set of measurements.