At birth, each coxal bone starts out as three separate bones – the ilium, (ILL-ee-um), the ischium, (ISH-ee-um) and the pubis (PYOO-bus) bones – joined by hyaline cartilage. Figure 7.13 shows what these bones look like initially. By the age of 25, these three bones have fully fused into a single coxal bone. We still subdivide the fully-formed coxal bone into three regions based on the positions of the three bones that fused to form it, each region named after the bone that gave rise to that region. 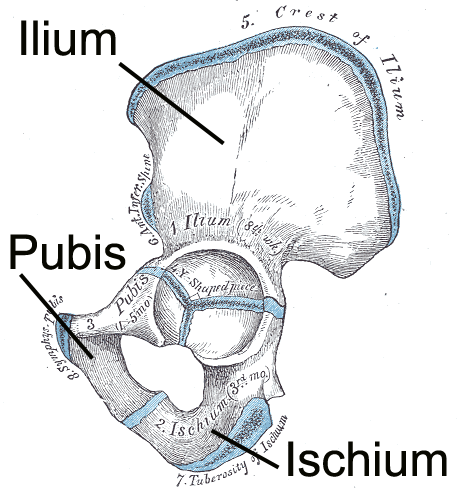 Figure 7-13. The three bones of an unfused coxal bone.

In a fully fused coxal bone, the ilium is the most superior portion, forming the “wing” that makes up the most prominent part of the coxal bone. The interior-facing side of this “wing” is called the iliac fossa. The ilium is where the sacrum attaches to each coxal bone to complete the pelvic bowl. This attachment point is alternatively called the sacroiliac joint, the sacroiliac articulation, or the iliac tuberosity, and is a rough surface. In anatomical position, the rough sacroiliac joint is always facing anterior.

In anatomical position, the ischium is posterior to the pubis. You “sit on the ischium” portion of the coxal bone. It is thicker and stronger than the pubis, allowing it to support your weight.

The large socket of the coxal bone is called the acetabulum (“ah-set-TAB-you-lum”). It faces laterally and is where the ball-like head of the femur bone articulates with the pelvis. Its name is derived from the Latin for vinegar cup, because of its cup-like shape. Inferior to the acetabulum is a large opening called the obturator foramen (“OB-tur-aye-tor for-AY-men”).

The major processes and markings of the coxal bone are shown in Figure 7-14. 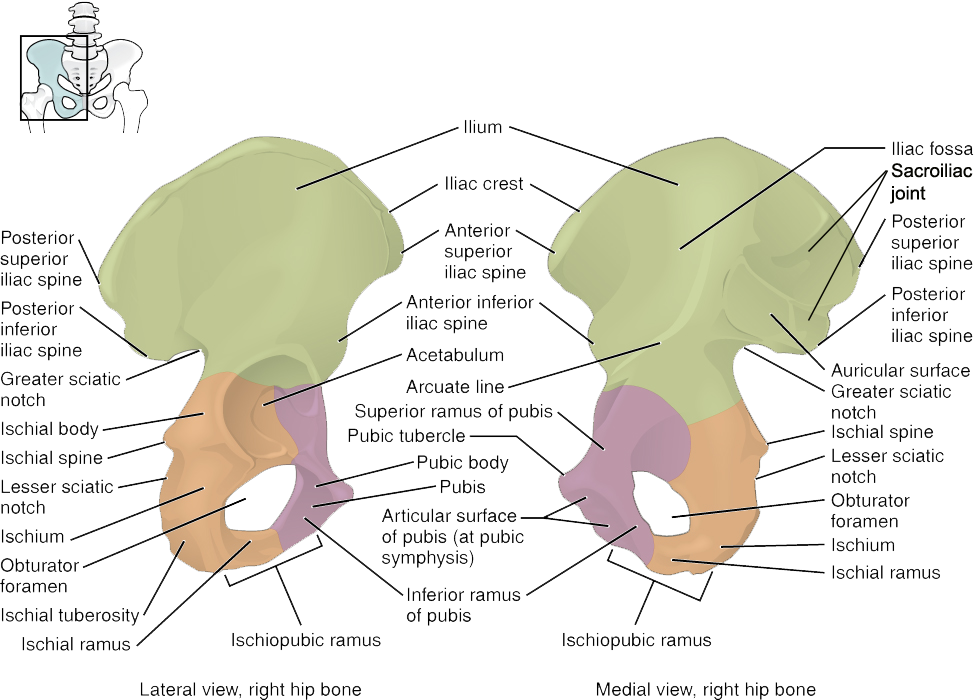