The pelvis is the bowl-shaped structure generated by the two coxal bones articulated with the sacrum and coccyx bones. On the anterior side of the pelvis, the pubis portions of the two coxal bones do not articulate with each other, but instead are joined with a small piece of cartilage called the pubic symphysis (“PYOO-bick SIM-fiss-is”) 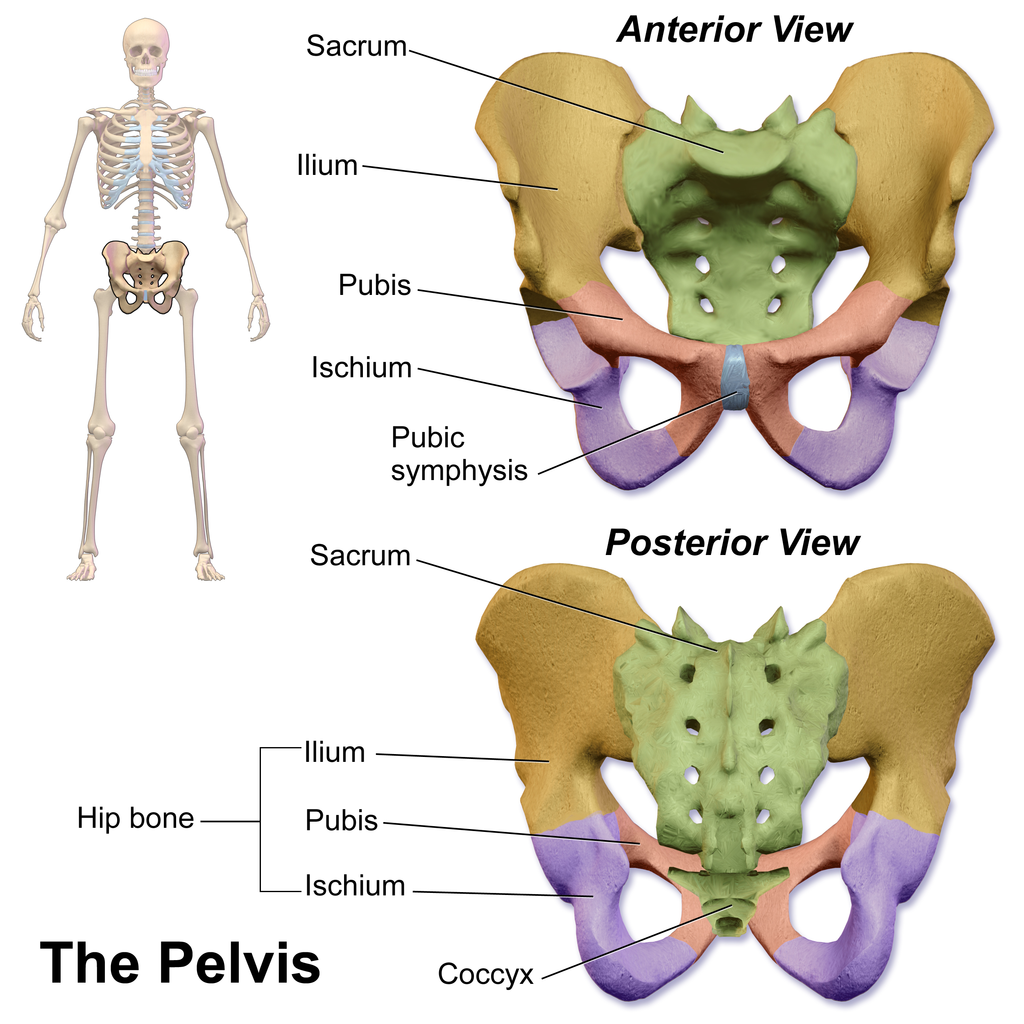 Figure 7-16. The true pelvis vs. the false pelvis.

One of the few ways a skeleton stripped of all flesh can be reliably established as either male or female comes from examining the pelvis. The female pelvis can be distinguished from the male pelvis by a number or criterion, three of which are shown in Figure 7-17.

Most of these anatomical differences between the pelvises of males and females reflect the fact that only female pelvises have to serve as part of the birth canal, and these sex differences are not as pronounced in the skeletons of children who have not finished puberty. 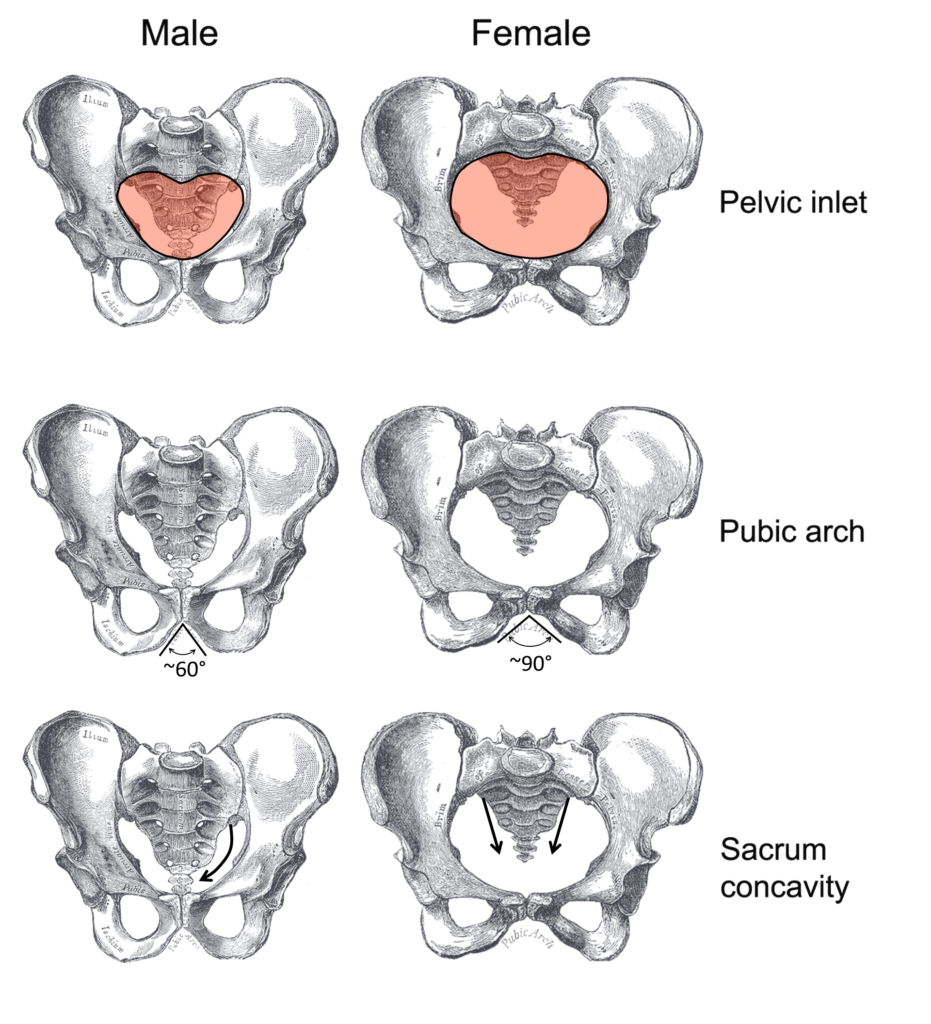