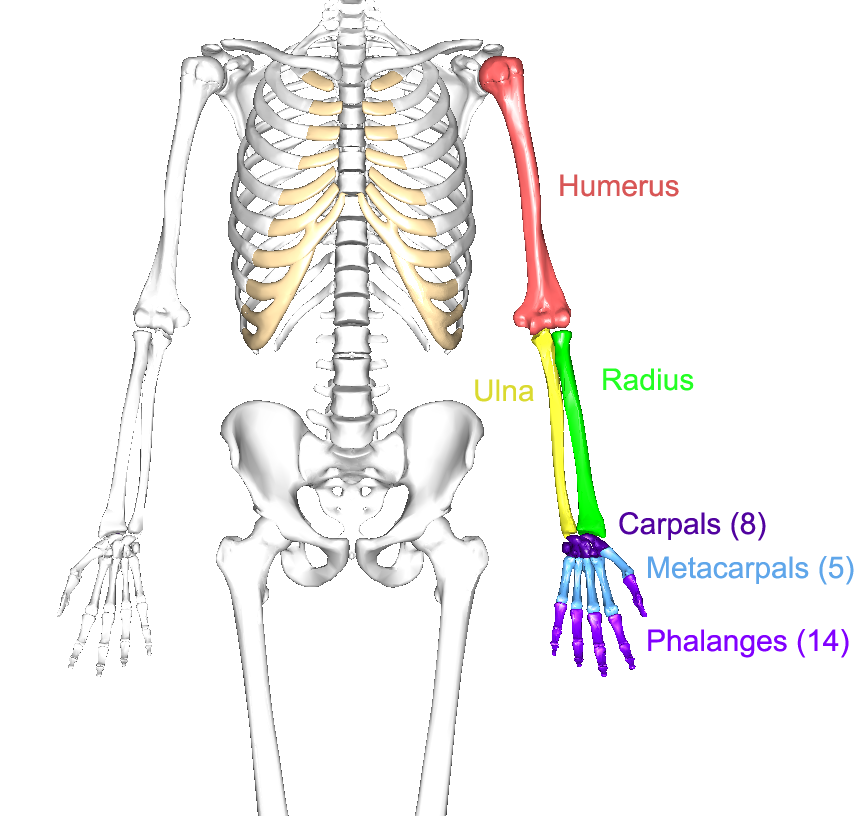 The major processes and markings of the humerus, ulna, and radius bones are shown in Figures 7-9, 7-10, and 7-11, respectively.

The bones of the hands are divided into three groups. The carpals articulate with the ulna and radius bones of the forearm and are named after the carpus, or wrist. There are 8 carpal bones and each has its own name. In Figure 7-12 they are numbered so that 1-trapezium, 2-trapezoid, 3-capitate, 4-hamate, 5-pisiform, 6-triquetrum, 7-lunate, 8- scaphoid. 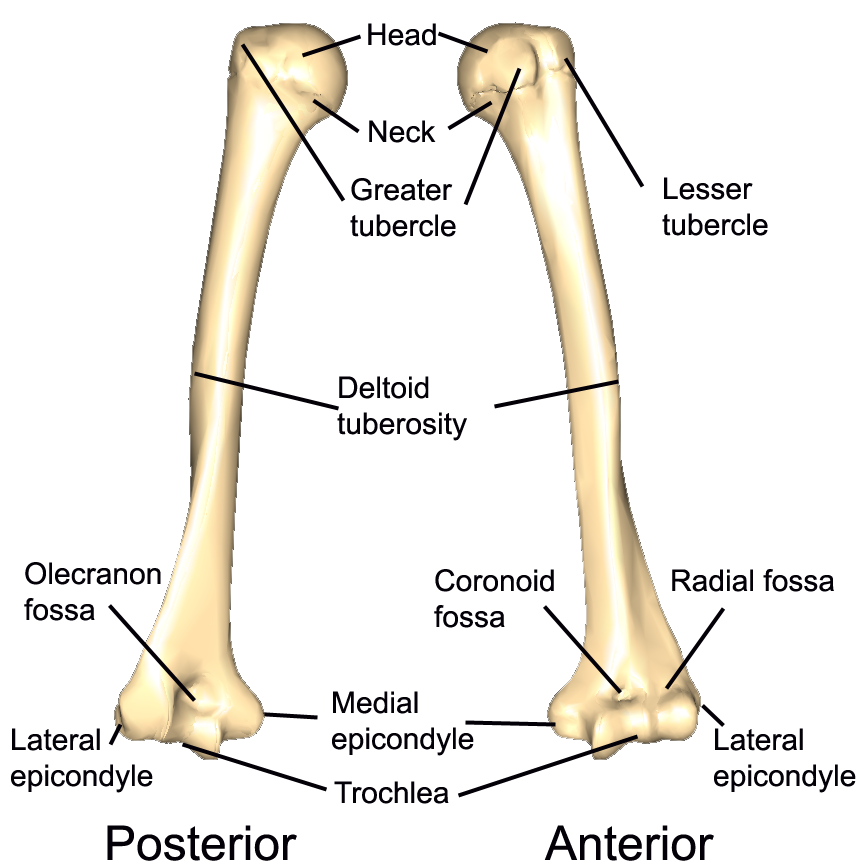 Figure 7-9. The left humerus and its various processes and markings. 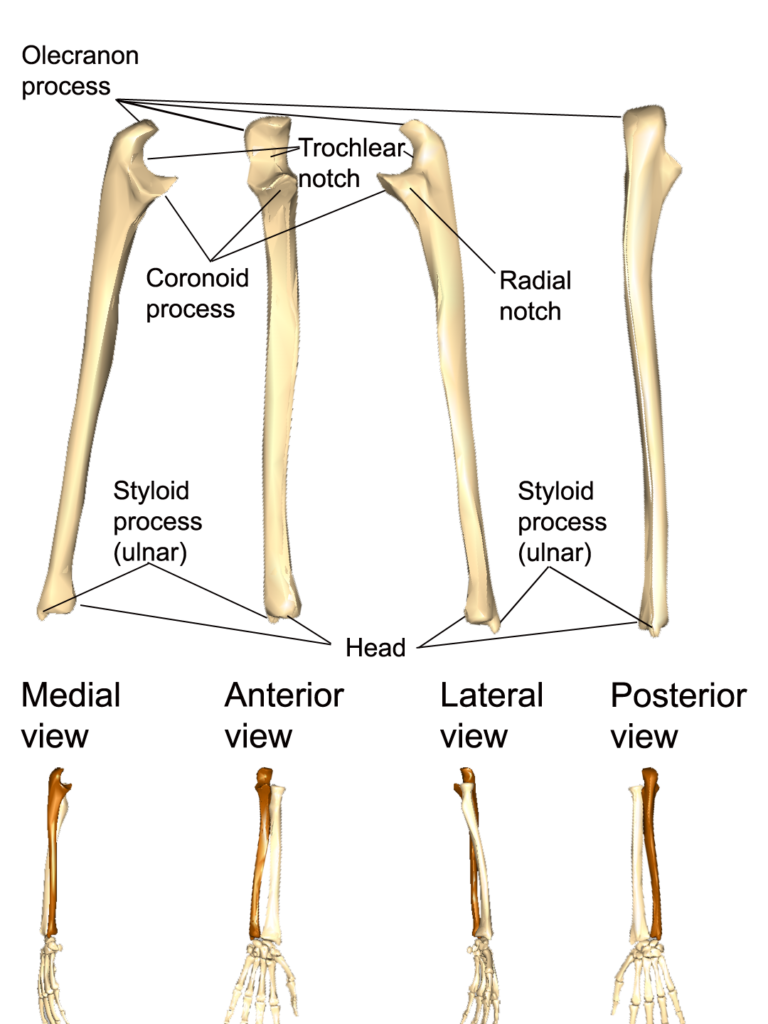 Figure 7-10. The left ulna (in brown) and its major markings and processes. 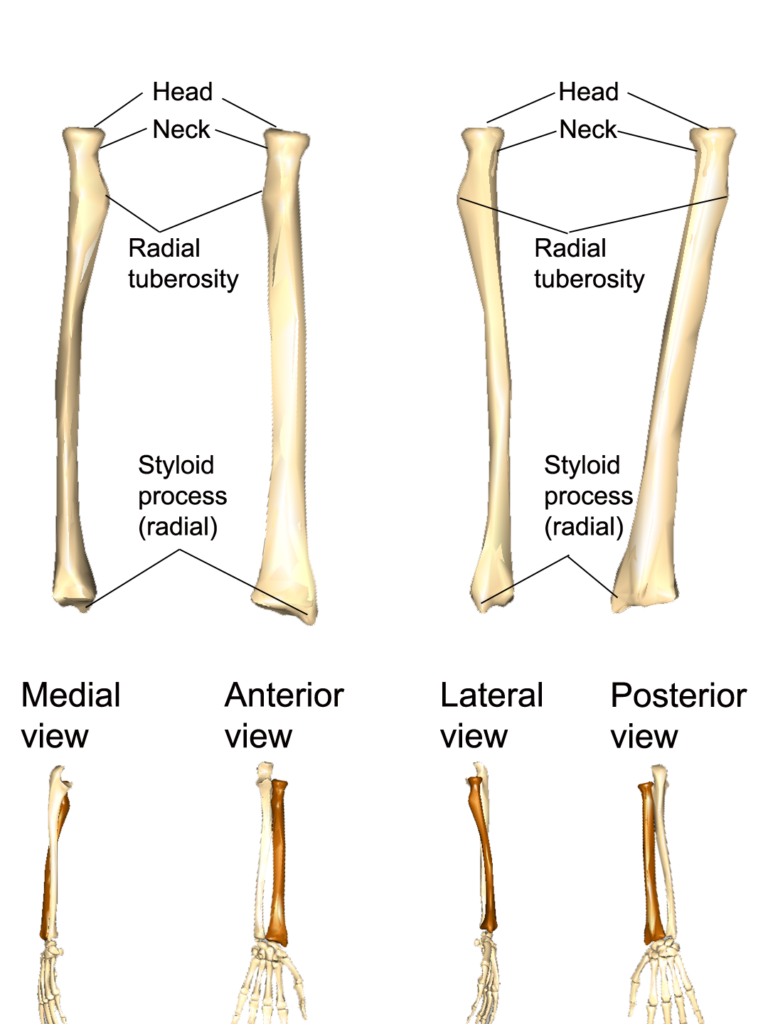 Figure 7-11. The left radius (in brown) and its major markings and processes.

There are 14 bones that make up the fingers. All are called phalanges (singular is phalanx). Each finger is made up of three phalanges, labelled the proximal, middle and distal phalanges as you move farther out from the metacarpals. Each thumb only has two phalanges, labelled proximal and distal. The phalanges are numbered I through V, like the metacarpals. Each phalanx then is named according to which hand it comes from, which number it is, and whether it is proximal, middle, or distal. So the second phalanx on the pointing finger in Figure 7-12 is the left medial phalanx II. 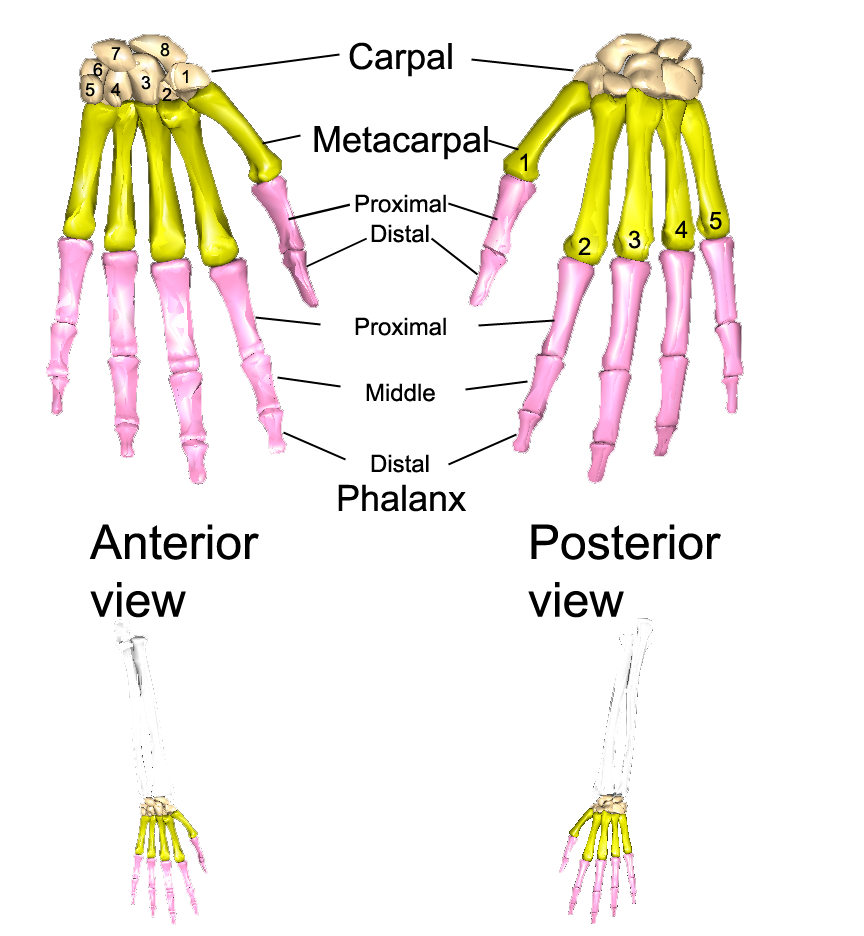