Introduction to Science and the Universe

Figure 1: Distant Galaxies. These two interacting islands of stars (galaxies) are so far away that their light takes hundreds of millions of years to reach us on Earth (photographed with the Hubble Space Telescope). (credit: modification of work by NASA, ESA, the Hubble Heritage (STScl/AURA)-ESA/Hubble Collaboration, and K. Noll (STScl))

We invite you to come along on a series of voyages to explore the universe as astronomers understand it today. Beyond Earth are vast and magnificent realms full of objects that have no counterpart on our home planet. Nevertheless, we hope to show you that the evolution of the universe has been directly responsible for your presence on Earth today. 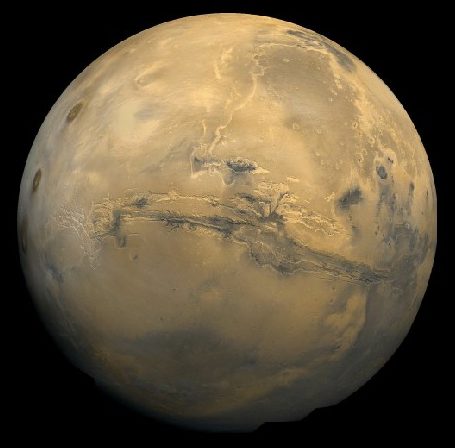 Figure 2: Mars Mosaic. This image of Mars is centered on the Valles Marineris (Mariner Valley) complex of canyons, which is as long as the United States is wide. (credit: modification of work by NASA)

Along your journey, you will encounter: 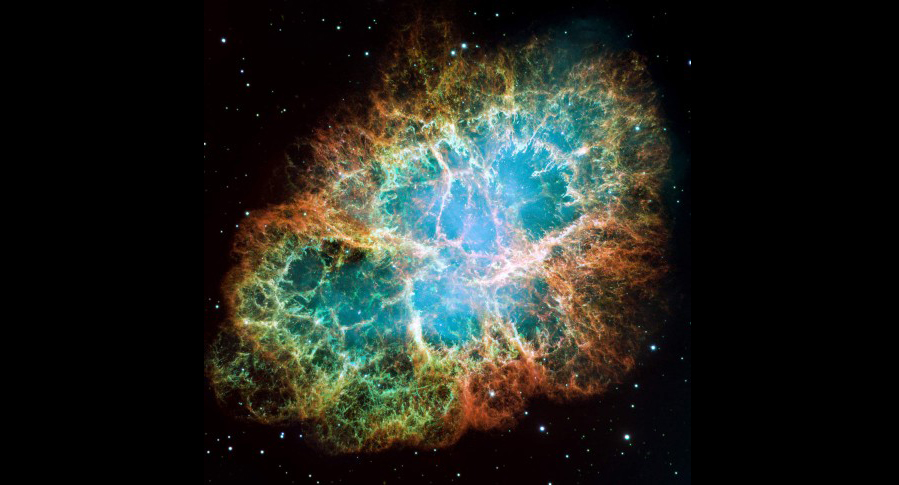 Figure 3: Stellar Corpse. We observe the remains of a star that was seen to explode in our skies in 1054 (and was, briefly, bright enough to be visible during the daytime). Today, the remnant is called the Crab Nebula and its central region is seen here. Such exploding stars are crucial to the development of life in the universe. (credit: NASA, ESA, J. Hester (Arizona State University))

Such discoveries are what make astronomy such an exciting field for scientists and many others—but you will explore much more than just the objects in our universe and the latest discoveries about them. We will pay equal attention to the process by which we have come to understand the realms beyond Earth and the tools we use to increase that understanding.

We gather information about the cosmos from the messages the universe sends our way. Because the stars are the fundamental building blocks of the universe, decoding the message of starlight has been a central challenge and triumph of modern astronomy. By the time you have finished reading this text, you will know a bit about how to read that message and how to understand what it is telling us.