In astronomy we deal with distances on a scale you may never have thought about before, with numbers larger than any you may have encountered. We adopt two approaches that make dealing with astronomical numbers a little bit easier. First, we use a system for writing large and small numbers called scientific notation (or sometimes powers-of-ten notation). This system is very appealing because it eliminates the many zeros that can seem overwhelming to the reader. In scientific notation, if you want to write a number such as 500,000,000, you express it as 5 × 108. The small raised number after the 10, called an exponent, keeps track of the number of places we had to move the decimal point to the left to convert 500,000,000 to 5. If you are encountering this system for the first time or would like a refresher, we suggest you look at Scientific Notation and Example 1 for more information. The second way we try to keep numbers simple is to use a consistent set of units—the metric International System of Units, or SI (from the French Système International d’Unités). The metric system is summarized in Units Used in Science (see Example 2).

Watch this brief PBS animation that explains how scientific notation works and why it’s useful.

A common unit astronomers use to describe distances in the universe is a light-year, which is the distance light travels during one year. Because light always travels at the same speed, and because its speed turns out to be the fastest possible speed in the universe, it makes a good standard for keeping track of distances. You might be confused because a “light-year” seems to imply that we are measuring time, but this mix-up of time and distance is common in everyday life as well. For example, when your friend asks where the movie theater is located, you might say “about 20 minutes from downtown.”

So, how many kilometers are there in a light-year? Light travels at the amazing pace of 3 × 105 kilometers per second (km/s), which makes a light-year 9.46 × 1012 kilometers. You might think that such a large unit would reach the nearest star easily, but the stars are far more remote than our imaginations might lead us to believe. Even the nearest star is 4.3 light-years away—more than 40 trillion kilometers. Other stars visible to the unaided eye are hundreds to thousands of light-years away (Figure 1). 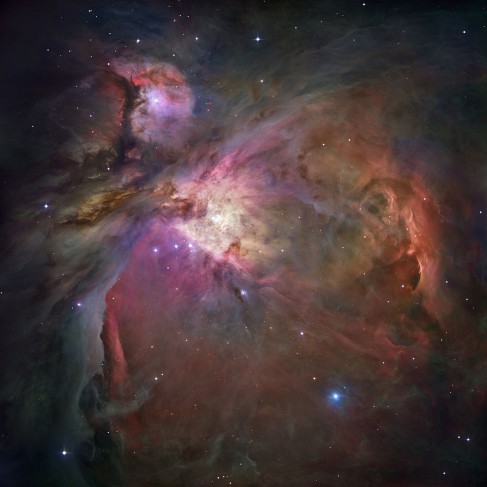 Figure 1: Orion Nebula. This beautiful cloud of cosmic raw material (gas and dust from which new stars and planets are being made) called the Orion Nebula is about 1400 light-years away. That’s a distance of roughly 1.34 × 1016 kilometers—a pretty big number. The gas and dust in this region are illuminated by the intense light from a few extremely energetic adolescent stars. (credit: NASA, ESA, M. Robberto (Space Telescope Science Institute/ESA) and the Hubble Space Telescope Orion Treasury Project Team)

In 2015, the richest human being on our planet had a net worth of $79.2 billion. Some might say this is an astronomical sum of money. Express this amount in scientific notation.

Example 2: Getting Familiar with a Light-Year

How many kilometers are there in a light-year?

That’s almost 10,000,000,000,000 km that light covers in a year. To help you imagine how long this distance is, we’ll mention that a string 1 light-year long could fit around the circumference of Earth 236 million times.