The Future of Large Telescopes 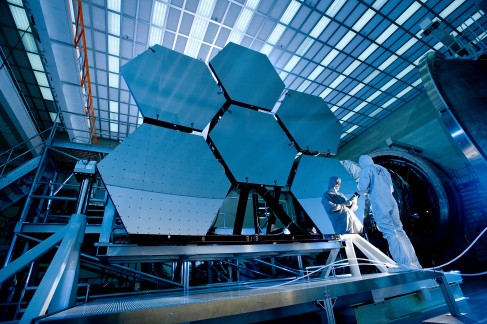 Figure 1. James Webb Space Telescope (JWST): This image shows some of the mirrors of the JWST as they underwent cryogenic testing. The mirrors were exposed to extreme temperatures in order to gather accurate measurements on changes in their shape as they heated and cooled. (credit: NASA/MSFC/David Higginbotham/Emmett Given)

If you’ve ever gone on a hike, you have probably been eager to see what lies just around the next bend in the path. Researchers are no different, and astronomers and engineers are working on the technologies that will allow us to explore even more distant parts of the universe and to see them more clearly.

The premier space facility planned for the next decade is the James Webb Space Telescope (Figure 1) which (in a departure from tradition) is named after one of the early administrators of NASA instead of a scientist. This telescope will have a mirror 6 meters in diameter, made up, like the Keck telescopes, of 36 small hexagons. These will have to unfold into place once the telescope reaches its stable orbit point, some 1.5 million kilometers from Earth (where no astronauts can currently travel if it needs repair.) The telescope is scheduled for launch in 2018 and should have the sensitivity needed to detect the very first generation of stars, formed when the universe was only a few hundred million years old. With the ability to measure both visible and infrared wavelengths, it will serve as the successor to both HST and the Spitzer Space Telescope.

Watch this video to learn more about the James Webb Space Telescope and how it will build upon the work that Hubble has allowed us to begin in exploring the universe.

On the ground, astronomers have started building the Large Synoptic Survey Telescope (LSST), an 8.4-meter telescope with a significantly larger field of view than any existing telescopes. It will rapidly scan the sky to find transients, phenomena that change quickly, such as exploding stars and chunks of rock that orbit near Earth. The LSST is expected to see first light in 2021.

The international gamma-ray community is planning the Cherenkov Telescope Array (CTA), two arrays of telescopes, one in each hemisphere, which will indirectly measure gamma rays from the ground. The CTA will measure gamma-ray energies a thousand times as great as the Fermi telescope can detect.

Several groups of astronomers around the globe interested in studying visible light and infrared are exploring the feasibility of building ground-based telescopes with mirrors larger than 30 meters across. Stop and think what this means: 30 meters is one-third the length of a football field. It is technically impossible to build and transport a single astronomical mirror that is 30 meters or larger in diameter. The primary mirror of these giant telescopes will consist of smaller mirrors, all aligned so that they act as a very large mirror in combination. These include the Thirty-Meter Telescope for which construction has begun at the top of Mauna Kea in Hawaii. 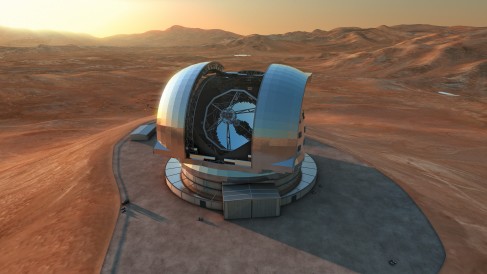 Figure 2. Artist’s Conception of the European Extremely Large Telescope: The primary mirror in this telescope is 39.3 meters across. The telescope is under construction in the Atacama Desert in Northern Chile. (credit: ESO/L. Calçada)

The most ambitious of these projects is the European Extremely Large Telescope (E-ELT) (Figure 2). (Astronomers try to outdo each other not only with the size of these telescopes, but also their names!) The design of the E-ELT calls for a 39.3-meter primary mirror, which will follow the Keck design and be made up of 798 hexagonal mirrors, each 1.4 meters in diameter and all held precisely in position so that they form a continuous surface.

Construction on the site in the Atacama Desert in Northern Chile started in 2014. The E-ELT, along with the Thirty Meter Telescope and the Giant Magellan Telescope, which are being built by international consortia led by US astronomers, will combine light-gathering power with high-resolution imaging. These powerful new instruments will enable astronomers to tackle many important astronomical problems. For example, they should be able to tell us when, where, and how often planets form around other stars. They should even be able to provide us images and spectra of such planets and thus, perhaps, give us the first real evidence (from the chemistry of these planets’ atmospheres) that life exists elsewhere.

Check out this fun diagram comparing the sizes of the largest planned and existing telescopes to a regulation basketball and tennis court.

New and even larger telescopes are on the drawing boards. The James Webb Space Telescope, a 6-meter successor to Hubble, is currently scheduled for launch in 2018. Gamma-ray astronomers are planning to build the CTA to measure very energetic gamma rays. Astronomers are building the LSST to observe with an unprecedented field of view and a new generation of visible-light/infrared telescopes with apertures of 24.5 to 39 meters in diameter.