Welcome to Astronomy, an OpenStax resource. This textbook was written to increase student access to high-quality learning materials, maintaining highest standards of academic rigor at little to no cost.

OpenStax is a nonprofit based at Rice University, and it’s our mission to improve student access to education. Our first openly licensed college textbook was published in 2012 and our library has since scaled to over 20 books for college and AP courses used by hundreds of thousands of students. Our adaptive learning technology, designed to improve learning outcomes through personalized educational paths, is being piloted in college courses throughout the country. Through our partnerships with philanthropic foundations and our alliance with other educational resource organizations, OpenStax is breaking down the most common barriers to learning and empowering students and instructors to succeed.

Astronomy is licensed under a Creative Commons Attribution 4.0 International (CC BY) license, which means that you can distribute, remix, and build upon the content, as long as you provide attribution to OpenStax and its content contributors.

Because our books are openly licensed, you are free to use the entire book or pick and choose the sections that are most relevant to the needs of your course. Feel free to remix the content by assigning your students certain chapters and sections in your syllabus, in the order that you prefer. You can even provide a direct link in your syllabus to the sections in the web view of your book.

Faculty also have the option of creating a customized version of their OpenStax book through the aerSelect platform. The custom version can be made available to students in low-cost print or digital form through your campus bookstore. Visit your book page on openstax.org for a link to your book on aerSelect.

All OpenStax textbooks undergo a rigorous review process. However, like any professional-grade textbook, errors sometimes occur. Since our books are web based, we can make updates periodically when deemed pedagogically necessary. If you have a correction to suggest, submit it through the link on your book page on openstax.org. Subject-matter experts review all errata suggestions. OpenStax is committed to remaining transparent about all updates, so you will also find a list of past errata changes on your book page on openstax.org.

You can access this textbook for free in web view or PDF through openstax.org, and for a low cost in print.

Astronomy is written in clear non-technical language, with the occasional touch of humor and a wide range of clarifying illustrations. It has many analogies drawn from everyday life to help non-science majors appreciate, on their own terms, what our modern exploration of the universe is revealing. The book can be used for either a one-semester or two-semester introductory course (bear in mind, you can customize your version and include only those chapters or sections you will be teaching.) It is made available free of charge in electronic form (and low cost in printed form) to students around the world. If you have ever thrown up your hands in despair over the spiraling cost of astronomy textbooks, you owe your students a good look at this one.

Astronomy was written, updated, and reviewed by a broad range of astronomers and astronomy educators in a strong community effort. It is designed to meet scope and sequence requirements of introductory astronomy courses nationwide.

Astronomy has information and images from the New Horizons exploration of Pluto, the discovery of gravitational waves, the Rosetta Mission to Comet C-G, and many other recent projects in astronomy. The discussion of exoplanets has been updated with recent information—indicating not just individual examples, but trends in what sorts of planets seem to be most common. Black holes receive their own chapter, and the role of supermassive black holes in active galaxies and galaxy evolution is clearly explained. Chapters have been reviewed by subject-matter experts for accuracy and currency.

Because there are many different ways to teach introductory astronomy, we have made the text as flexible as we could. Math examples are shown in separate sections throughout, so that you can leave out the math or require it as you deem best. Each section of a chapter treats a different aspect of the topic being covered; a number of sections could be omitted in shorter overview courses and can be included where you need more depth. And, as we have already discussed, you can customize the book in a variety of ways that have never been possible in traditional textbooks.

This book is written to help students understand the big picture rather than get lost in random factoids to memorize. The language is accessible and inviting. Helpful diagrams and summary tables review and encapsulate the ideas being covered. Each chapter contains interactive group activities you can assign to help students work in teams and pool their knowledge.

Interesting “Links to Learning” are scattered throughout the chapters, which direct students to online animations, short videos, or enrichment readings to enhance their learning. Also, the resources listed at the end of each chapter include links to websites and other useful educational videos.

Feature Boxes That Help Students Think outside the Box

A variety of feature boxes within the chapters connect astronomy to the students’ other subjects and humanize the face of astronomy by highlighting the lives of the men and women who have been key to its progress. Besides the math examples that we’ve already mentioned, the boxes include:

Our comprehensive art program is designed to enhance students’ understanding of concepts through clear and effective illustrations, diagrams, and photographs. Here are a few examples.

How a Pulsar Beam Sweeps over Earth.

Structure of the Milky Way Galaxy. 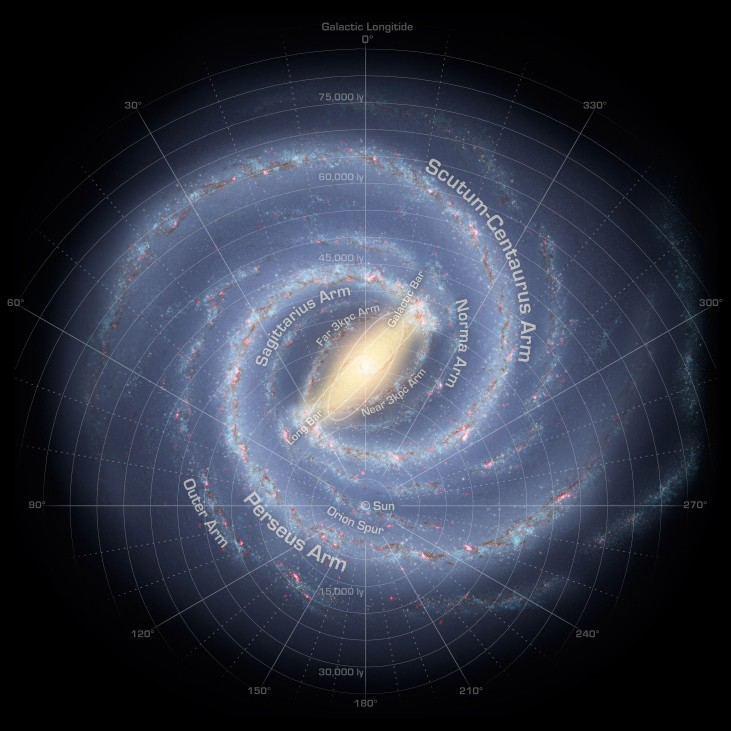 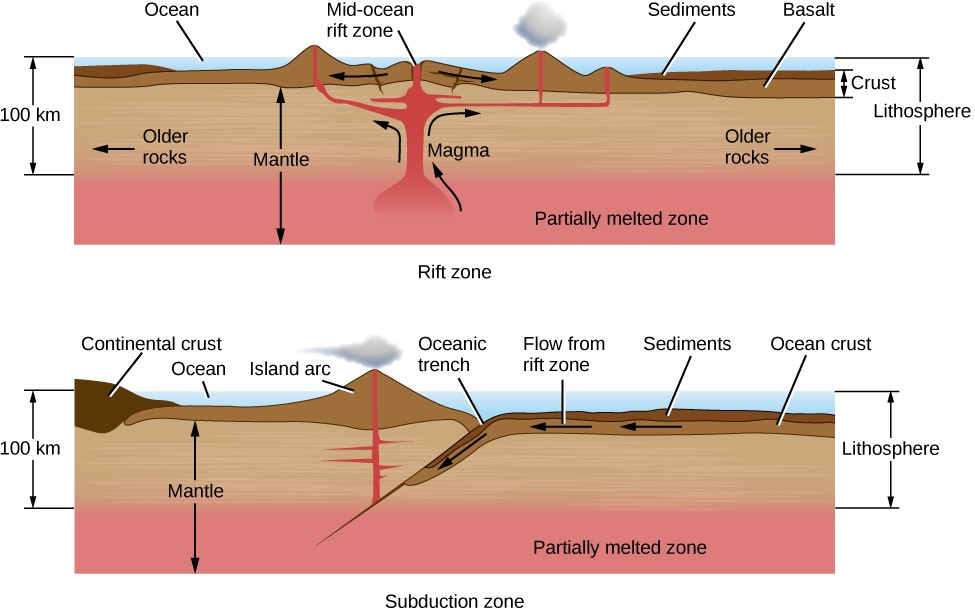 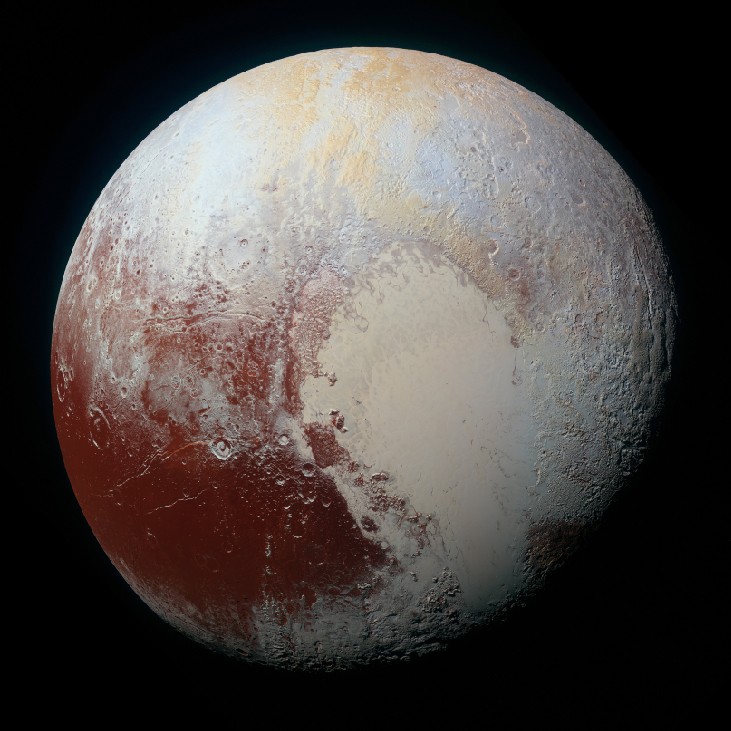 We’ve compiled additional resources for both students and instructors, including Getting Started Guides, PowerPoint slides, and an instructor answer guide. Instructor resources require a verified instructor account, which can be requested on your openstax.org log-in. Take advantage of these resources to supplement your OpenStax book.

OpenStax Partners are our allies in the mission to make high-quality learning materials affordable and accessible to students and instructors everywhere. Their tools integrate seamlessly with our OpenStax titles at a low cost. To access the partner resources for your text, visit your book page on openstax.org.

Andrew Fraknoi is Chair of the Astronomy Department at Foothill College and served as the Executive Director of the Astronomical Society of the Pacific from 1978–1992. His work with the society included editing Mercury Magazine, Universe in the Classroom, and Astronomy Beat. He’s taught at San Francisco State University, Canada College, and the University of California Extension. He is editor/co-author of The Universe at Your Fingertips 2.0, a collection of teaching activities, and co-author of Solar Science, a book for middle-school teachers. He was co-author of a syndicated newspaper column on astronomy, and appears regularly on local and national radio. With Sidney Wolff, he was founder of Astronomy Education Review. He serves on the Board of Trustees of the SETI Institute and on the Lick Observatory Council. In addition, he has organized six national symposia on teaching introductory astronomy. He received the Klumpke-Roberts Prize of the ASP, the Gemant Award of the American Institute of Physics, and the Faraday Award of the NSTA.

David Morrison is a Senior Scientist at NASA Ames Research Center. He received his PhD in astronomy from Harvard, where he was one of Carl Sagan’s graduate students. He is a founder of the field of astrobiology and is known for research on small bodies in the solar system. He spent 17 years at University of Hawaii’s Institute for Astronomy and the Department of Physics and Astronomy. He was Director of the IRTF at Mauna Kea Observatory. Morrison has held senior NASA positions including Chief of the Ames Space Science Division and founding Director of the Lunar Science Institute. He’s been on science teams for the Voyager, Galileo, and Kepler missions. Morrison received NASA Outstanding Leadership Medals and the NASA Exceptional Achievement Medal. He was awarded the AAS Carl Sagan medal and the ASP Klumpke-Roberts prize. Committed to the struggle against pseudoscience, he serves as Contributing Editor of Skeptical Inquirer and on the Advisory Council of the National Center for Science Education.

After receiving her PhD from the UC Berkeley, Dr. Wolff was involved with the astronomical development of Mauna Kea. In 1984, she became the Director of Kitt Peak National Observatory, and was director of National Optical Astronomy Observatory. Most recently, she led the design and development of the 8.4-meter Large Synoptic Survey Telescope. Dr. Wolff has published over ninety refereed papers on star formation and stellar atmospheres. She has served as President of the AAS and the ASP. Her recently published book, The Boundless Universe: Astronomy in the New Age of Discovery, won the 2016 IPPY (Independent Publisher Book Awards) Silver Medal in Science.

All three senior contributing authors have received the Education Prize of the American Astronomical Society and have had an asteroid named after them by the International Astronomical Union. They have worked together on a series of astronomy textbooks over the past two decades.