We take electronic music for granted today, but we have to remember that the ability to produce tone using purely electronic means (as opposed to an acoustic instrument) and the ability to record music electronically using magnetized film or tape developed during this time period. For many composers this opened up a new world of sounds and compositional techniques. In the 1950s, electronic music was divided into two main camps, and as we’ve seen earlier in the century those camps tended to divide along French/German lines. French composers began creating works using tape recordings that included acoustically produced tones and sounds (called musique concrete), while German composers created works using tape recordings of electronically produced tones and sounds (called elektronische musik).

The piece of music on our playlist, Poeme Electronique, is an example of musique concrete. Technological developments later in the century progressed in such a way that electronic music became much more the domain of popular song, but it is worthwhile to remember the musical experiments of the middle of the century when electronic tone generation and recording seemed like a brave new frontier.

The first electronic devices for performing music were developed at the end of the 19th century, and shortly afterward Italian Futuristsexplored sounds that had previously not been considered musical. During the 1920s and 1930s, electronic instruments were introduced and the first compositions for electronic instruments were composed. By the 1940s, magnetic audio tape allowed musicians to tape sound and then modify them by changing the tape speed or direction, leading to the development of electroacoustic tape music in the 1940s, in Egypt and France. Musique concrète, created in Paris in 1948, was based on editing together recorded fragments of natural and industrial sounds. Music produced solely from electronic generators was first produced in Germany in 1953. Electronic music was also created in Japan and the United States beginning in the 1950s. An important new development was the advent of computers for the purpose of composing music. Algorithmic composition was first demonstrated in Australia in 1951.

In America and Europe, live electronics were pioneered in the early 1960s. During the 1970s to early 1980s, the monophonic Mini-Moog became the most widely used synthesizer in both popular and electronic art music.

Electronically produced music became prevalent in the popular domain by the 1990s, because of the advent of affordable music technology. Contemporary electronic music includes many varieties and ranges from experimental art music to popular forms such as electronic dance music.

It wasn’t long before composers in Paris also began using the tape recorder to develop a new technique for composition called musique concrète. This technique involved editing together recorded fragments of natural and industrial sounds. The first pieces of musique concrète in Paris were assembled by Pierre Schaeffer, who went on to collaborate with Pierre Henry.

On 5 October 1948, Radiodiffusion Française (RDF) broadcast composer Pierre Schaeffer’s Etude aux chemins de fer. This was the first “movement” of Cinq études de bruits, and marked the beginning of studio realizations and musique concrète (or acousmatic art). Schaeffer employed a disk-cutting lathe, four turntables, a four-channel mixer, filters, an echo chamber, and a mobile recording unit. Not long after this, Henry began collaborating with Schaeffer, a partnership that would have profound and lasting effects on the direction of electronic music. Another associate of Schaeffer, Edgard Varèse, began work on Déserts, a work for chamber orchestra and tape. The tape parts were created at Pierre Schaeffer’s studio, and were later revised at Columbia University.

In 1950, Schaeffer gave the first public (non-broadcast) concert of musique concrète at the École Normale de Musique de Paris. “Schaeffer used a PA system, several turntables, and mixers. The performance did not go well, as creating live montages with turntables had never been done before.” Later that same year, Pierre Henry collaborated with Schaeffer onSymphonie pour un homme seul (1950) the first major work of musique concrete. In Paris in 1951, in what was to become an important worldwide trend, RTF established the first studio for the production of electronic music. Also in 1951, Schaeffer and Henry produced an opera, Orpheus, for concrete sounds and voices. 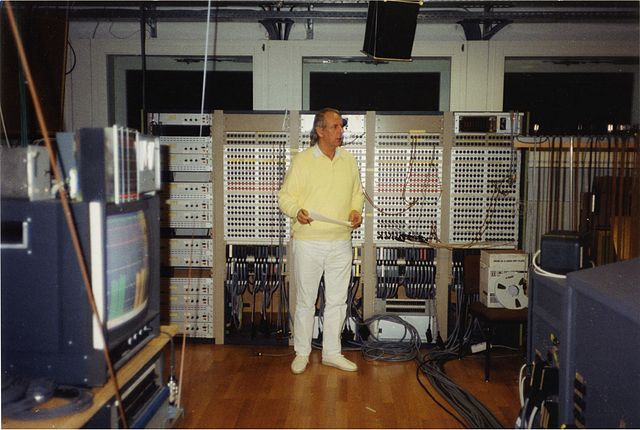 Figure 1. Karlheinz Stockhausen in the Electronic Music Studio of WDR, Cologne, in 1991

Karlheinz Stockhausen worked briefly in Schaeffer’s studio in 1952, and afterward for many years at the WDR Cologne’s Studio for Electronic Music.

In Cologne, what would become the most famous electronic music studio in the world was officially opened at the radio studios of the NWDR in 1953, though it had been in the planning stages as early as 1950 and early compositions were made and broadcast in 1951. The brain child of Werner Meyer-Eppler, Robert Beyer, and Herbert Eimert (who became its first director), the studio was soon joined by Karlheinz Stockhausen and Gottfried Michael Koenig. In his 1949 thesis Elektronische Klangerzeugung: Elektronische Musik und Synthetische Sprache, Meyer-Eppler conceived the idea to synthesize music entirely from electronically produced signals; in this way, elektronische Musik was sharply differentiated from French musique concrète, which used sounds recorded from acoustical sources.

“With Stockhausen and Mauricio Kagel in residence, it became a year-round hive of charismatic avante-gardism [sic]” on two occasions combining electronically generated sounds with relatively conventional orchestras—in Mixtur (1964) and Hymnen, dritte Region mit Orchester(1967). Stockhausen stated that his listeners had told him his electronic music gave them an experience of “outer space,” sensations of flying, or being in a “fantastic dream world.” More recently, Stockhausen turned to producing electronic music in his own studio in Kürten, his last work in the medium being Cosmic Pulses (2007).