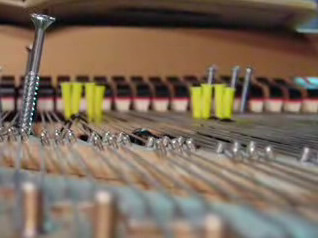 Figure 1. A piano prepared for a performance of Sonatas and Interludes

Sonatas and Interludes is a collection of twenty pieces for prepared piano by American avant-garde composer John Cage (1912–1992). It was composed in 1946–1948, shortly after Cage’s introduction to Indian philosophy and the teachings of art historian Ananda K. Coomaraswamy, both of which became major influences on the composer’s later work. Significantly more complex than his other works for prepared piano, Sonatas and Interludes is generally recognized as one of Cage’s finest achievements.

The cycle consists of sixteen sonatas (thirteen of which are cast in binary form, the remaining three in ternary form) and four more freely structured interludes. The aim of the pieces is to express the eight permanent emotions of the rasa Indian tradition. In Sonatas and Interludes, Cage elevated his technique of rhythmic proportions to a new level of complexity. In each sonata a short sequence of natural numbers and fractions defines the structure of the work and that of its parts, informing structures as localized as individual melodic lines.

Cage underwent an artistic crisis in the early 1940s. His compositions were rarely accepted by the public, and he grew more and more disillusioned with the idea of art as communication. He later gave an account of the reasons: “Frequently I misunderstood what another composer was saying simply because I had little understanding of his language. And I found other people misunderstanding what I myself was saying when I was saying something pointed and direct.” At the beginning of 1946, Cage met Gita Sarabhai, an Indian musician who came to the United States concerned about Western influence on the music of her country. Sarabhai wanted to spend several months in the US, studying Western music. She took lessons in counterpoint and contemporary music with Cage, who offered to teach her for free if she taught him about Indian music in return. Sarabhai agreed and through her Cage became acquainted with Indian music and philosophy. The purpose of music, according to Sarabhai’s teacher in India, was “to sober and quiet the mind, thus rendering it susceptible to divine influences,” and this definition became one of the cornerstones of Cage’s view on music and art in general.

At around the same time, Cage began studying the writings of the Indian art historian Ananda K. Coomaraswamy. Among the ideas that influenced Cage was the description of the rasa aesthetic and of its eight “permanent emotions”. These emotions are divided into two groups: four white (humor, wonder, erotic, and heroic—”accepting one’s experience,” in Cage’s words) and four black (anger, fear, disgust, and sorrow). They are the first eight of the navarasas or navrasas (“nine emotions”), and they have a common tendency towards the ninth of the navarasas: tranquility. Cage never specified which of the pieces relate to which emotions, or whether there even exists such direct correspondence between them. He mentioned, though, that the “pieces with bell-like sounds suggest Europe and others with a drum-like resonance suggest the East.”

Please listen to a short excerpt from Sonata II, which is clearly inspired by Eastern music:

Please listen to a short excerpt from Sonata XVI, the last of the cycle, which is “clearly European. It was the signature of a composer from the West. 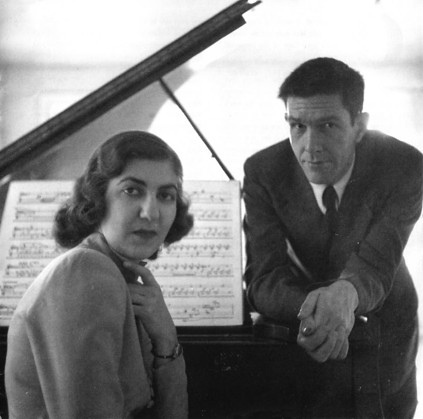 Figure 2. John Cage with the pianist Maro Ajemian, to whom he dedicated Sonatas and Interludes

Cage started working on the cycle in February 1946, while living in New York City. The idea of a collection of short pieces was apparently prompted by the poet Edwin Denby, who had remarked that short pieces “can have in them just as much as long pieces can.” The choice of materials and the technique of piano preparation in Sonatas and Interludes were largely dependent on improvisation: Cage later wrote that the cycle was composed “by playing the piano, listening to differences [and] making a choice.” On several accounts he offered a poetic metaphor for this process, comparing it with collecting shells while walking along a beach. Work on the project was interrupted in early 1947, when Cage made a break to compose The Seasons, a ballet in one act also inspired by ideas from Indian philosophy. Immediately after The Seasons Cage returned to Sonatas and Interludes, and by March 1948 it was completed.

Cage dedicated Sonatas and Interludes to Maro Ajemian, a pianist and friend. Ajemian performed the work many times since 1949, including one of the first performances of the complete cycle on January 12, 1949, in Carnegie Hall. On many other occasions in the late 1940s and early 1950s, Cage performed it himself. Critical reaction was uneven, but mostly positive, and the success of Sonatas and Interludes led to a grant from the Guggenheim Foundation, which Cage received in 1949, allowing him to make a six-month trip to Europe. There he met Olivier Messiaen, who helped organize a performance of the work for his students in Paris on June 7, 1949; and he befriended Pierre Boulez, who became an early admirer of the work and wrote a lecture about it for the June 17, 1949 performance at the salon of Suzanne Tézenas in Paris. While still living in Paris, Cage began writing String Quartet in Four Parts, yet another work influenced by Indian philosophy.