Sociologists study social events, interactions, and patterns, and they develop a theory in an attempt to explain why things work as they do. In sociology, a theory is a way to explain different aspects of social interactions and to create a testable proposition, called a hypothesis, about society (Allan 2006).

For example, although suicide is generally considered an individual phenomenon, Émile Durkheim was interested in studying the social factors that affect it. His studied social ties within a group, or social solidarity, and hypothesized that differences in suicide rates might be explained by religion-based differences. Durkheim gathered a large amount of data about Europeans who had ended their lives, and he did indeed find differences based on religion. Protestants were more likely to commit suicide than Catholics in Durkheim’s society, and his work supports the utility of theory in sociological research.

Theories vary in scope depending on the scale of the issues that they are meant to explain. Macro-level theories relate to large-scale issues and large groups of people, while micro-level theories look at very specific relationships between individuals or small groups. Grand theories attempt to explain large-scale relationships and answer fundamental questions such as why societies form and why they change. Sociological theory is constantly evolving and should never be considered complete. Classic sociological theories are still considered important and current, but new sociological theories build upon the work of their predecessors and add to them (Calhoun 2002).

In sociology, a few theories provide broad perspectives that help explain many different aspects of social life, and these are called paradigms. Paradigms are philosophical and theoretical frameworks used within a discipline to formulate theories, generalizations, and the experiments performed in support of them. Three paradigms have come to dominate sociological thinking, because they provide useful explanations: structural functionalism, conflict theory, and symbolic interactionism. 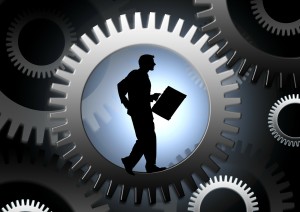 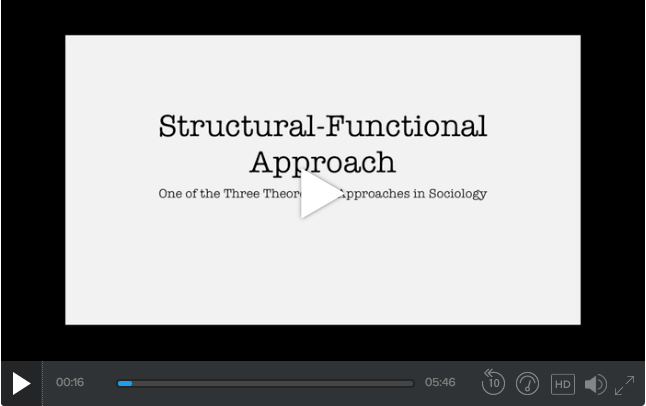 grand theories:
an attempt to explain large-scale relationships and answer fundamental questions such as why societies form and why they change

macro-level:
a wide-scale view of the role of social structures within a society

micro-level theories:
the study of specific relationships between individuals or small groups

social solidarity:
the social ties that bind a group of people together such as kinship, shared location, and religion