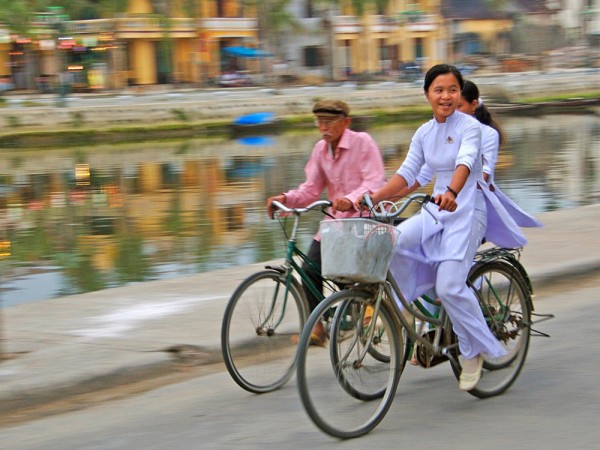 If an object moves relative to a reference frame (for example, if a professor moves to the right relative to a white board or a passenger moves toward the rear of an airplane), then the object’s position changes. This change in position is known as displacement. The word “displacement” implies that an object has moved, or has been displaced.

Displacement is the change in position of an object:

Note that the SI unit for displacement is the meter (m) (see Physical Quantities and Units), but sometimes kilometers, miles, feet, and other units of length are used. Keep in mind that when units other than the meter are used in a problem, you may need to convert them into meters to complete the calculation. 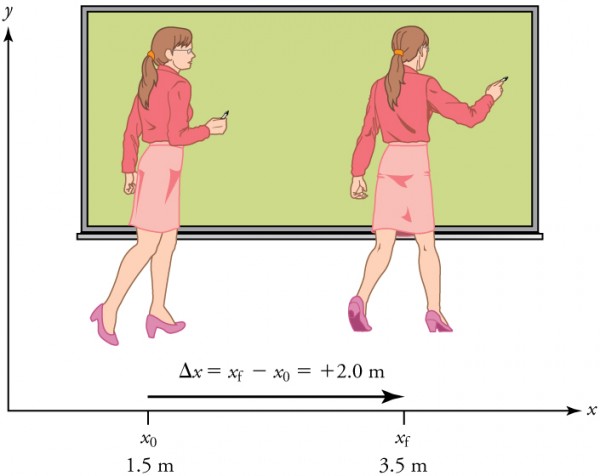 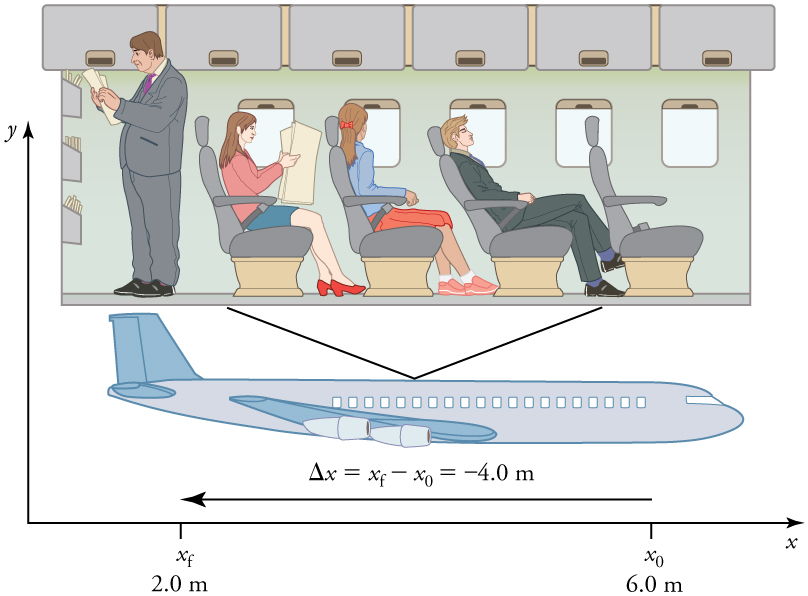 His displacement is negative because his motion is toward the rear of the plane, or in the negative x direction in our coordinate system.

(c) The magnitude of the displacement is 1 km.

where xo is the initial position and xf is the final position. In this text, the Greek letter Δ (delta) always means “change in” whatever quantity follows it. The SI unit for displacement is the meter (m). Displacement has a direction as well as a magnitude.

1. Give an example in which there are clear distinctions among distance traveled, displacement, and magnitude of displacement. Specifically identify each quantity in your example.

3. Bacteria move back and forth by using their flagella (structures that look like little tails). Speeds of up to 50μm/s (50 c 10-6 m/s) have been observed. The total distance traveled by a bacterium is large for its size, while its displacement is small. Why is this? 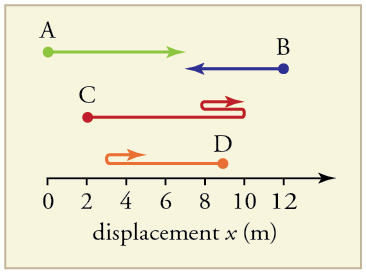 kinematics:
the study of motion without considering its causes

position:
the location of an object at a particular time

displacement:
the change in position of an object

distance:
the magnitude of displacement between two positions

distance traveled:
the total length of the path traveled between two positions