Socialization Across the Life Course 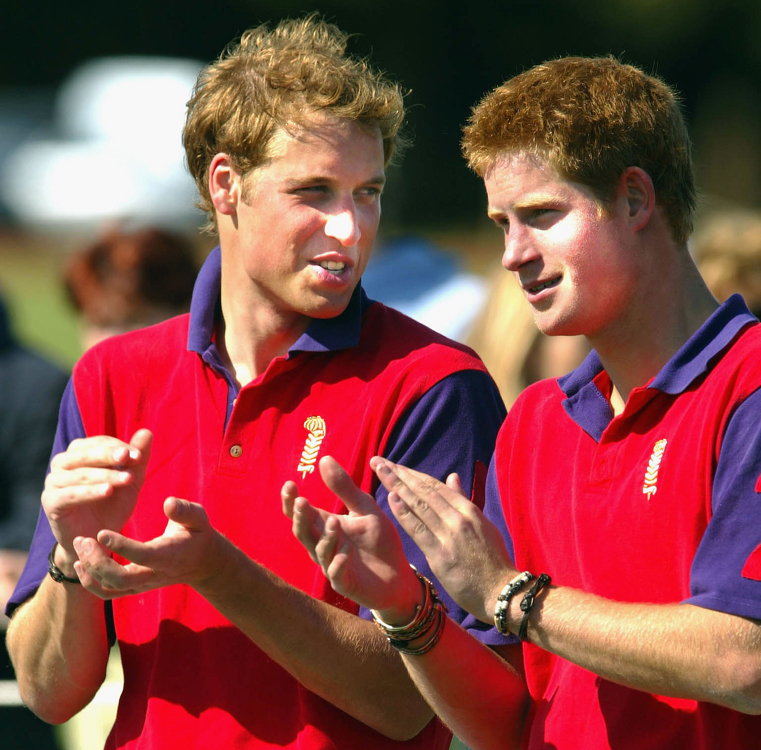 Age transition points require socialization into new roles that can vary widely between societies. Young adults in America are encouraged to enter college or the workforce right away, students in England and India can take a year off like British Princes William and Harry did, while young men in Singapore and Switzerland must serve time in the military. (Photo courtesy of Charles McCain/flickr)

Just as young children pretend to be doctors or lawyers, play house, and dress up, adults also engage in anticipatory socialization, the preparation for future life roles. Examples would include a couple who cohabitate before marriage or soon-to-be parents who read infant care books and prepare their home for the new arrival. As part of anticipatory socialization, adults who are financially able begin planning for their retirement, saving money, and looking into future healthcare options. The transition into any new life role, despite the social structure that supports it, can be difficult.

The most common way resocialization occurs is in a total institution where people are isolated from society and are forced to follow someone else’s rules. A ship at sea is a total institution, as are religious convents, prisons, or some cult organizations. They are places cut off from a larger society. The 6.9 million Americans who lived in prisons and penitentiaries at the end of 2012 are also members of this type of institution (U.S. Department of Justice 2012). As another example, every branch of the military is a total institution.

Many individuals are resocialized into an institution through a two-part process. First, members entering an institution must leave behind their old identity through what is known as a degradation ceremony. In a degradation ceremony, new members lose the aspects of their old identity and are given new identities. The process is sometimes gentle. To enter a senior care home, an elderly person often must leave a family home and give up many belongings which were part of his or her long-standing identity. Though caretakers guide the elderly compassionately, the process can still be one of loss. In many cults, this process is also gentle and happens in an environment of support and caring.

In other situations, the degradation ceremony can be more extreme. New prisoners lose freedom, rights (including the right to privacy), and personal belongings. When entering the army, soldiers have their hair cut short. Their old clothes are removed, and they wear matching uniforms. These individuals must give up any markers of their former identity in order to be resocialized into an identity as a “soldier.” 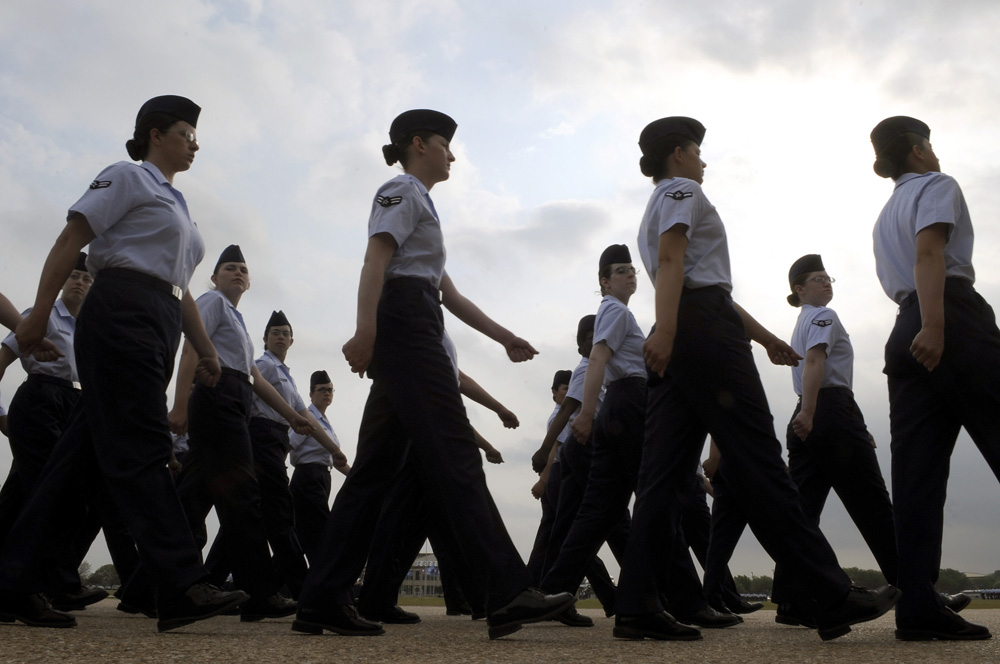 In basic training, members of the Air Force are taught to walk, move, and look like each other. (Photo courtesy of Staff Sergeant Desiree N. Palacios, U.S. Air Force/Wikimedia Commons)

After new members of an institution are stripped of their old identity, they build a new one that matches the new society. In the military, soldiers go through basic training together, where they learn new rules and bond with one another. They follow structured schedules set by their leaders. Soldiers must keep their areas clean for inspection, learn to march in correct formations, and salute when in the presence of superiors.

Learning to deal with life after having lived in a total institution requires yet another process of resocialization. In the U.S. military, soldiers learn discipline and a capacity for hard work. They set aside personal goals to achieve a mission, and they take pride in the accomplishments of their units. Many soldiers who leave the military transition these skills into excellent careers. Others find themselves lost upon leaving, uncertain about the outside world and what to do next. The process of resocialization to civilian life is not a simple one.

Which of the following is not an age-related transition point when Americans must be socialized to new roles?

Which of the following is true regarding U.S. socialization of recent high school graduates?

Consider a person who is joining a sorority or fraternity, attending college or boarding school, or even a child beginning kindergarten. How is the process the student goes through a form of socialization? What new cultural behaviors must the student adapt to?

Do you think resocialization requires a total institution? Why, or why not? Can you think of any other ways someone could be resocialized?

anticipatory socialization
the way we prepare for future life roles