The Reading Selection from Natural Religion

Not to lose any time in circumlocutions, said Cleanthes, addressing himself to Demea, much less in replying to the pious declamations of Philo; I shall briefly explain how I conceive this matter. Look round the world: contemplate the whole and every part of it: You will find it to be nothing but one great machine, subdivided into an infinite number of lesser machines, which again admit of subdivisions to a degree beyond what human senses and faculties can trace and explain. All these various machines, and even their most minute parts, are adjusted to each other with an accuracy which ravishes into admiration all men who have ever contemplated them. The curious adapting of means to ends, throughout all nature, resembles exactly, though it much exceeds, the productions of human contrivance; of human designs, thought, wisdom, and intelligence. Since, therefore, the effects resemble each other, we are led to infer, by all the rules of analogy, that the causes also resemble; and that the Author of Nature is somewhat similar to the mind of man, though possessed of much larger faculties, proportioned to the grandeur of the work which he has executed. By this argument á posteriori, and by this argument alone, do we prove at once the existence of a Deity, and his similarity to human mind and intelligence.

What I chiefly scruple in this subject, said Philo, is not so much that all religious arguments are by Cleanthes reduced to experience, as that they appear not to be even the most certain and irrefragable of that inferior kind. That a stone will fall, that fire will burn, that the earth has solidity, we have observed a thousand and a thousand times; and when any new instance of this nature is presented, we draw without hesitation the accustomed inference. The exact similarity of the cases gives us a perfect assurance of a similar event; and a stronger evidence is never desired nor sought after. But wherever you depart, in the least, from the similarity of the cases, you diminish proportionably the evidence; and may at last bring it to a very weak analogy, which is confessedly liable to error and uncertainty. After having experienced the circulation of the blood in human creatures, we make no doubt that it takes place in Titius and Maevius. But from its circulation in frogs and fishes, it is only a presumption, though a strong one, from analogy, that it takes place in men and other animals. The analogical reasoning is much weaker, when we infer the circulation of the sap in vegetables from our experience that the blood circulates in animals; and those, who hastily followed that imperfect analogy, are found, by more accurate experiments, to have been mistaken.

If we see a house, Cleanthes, we conclude, with the greatest certainty, that it had an architect or builder; because this is precisely that species of effect which we have experienced to proceed from that species of cause. But surely you will not affirm, that the universe bears such a resemblance to a house, that we can with the same certainty infer a similar cause, or that the analogy is here entire and perfect. The dissimilitude is so striking, that the utmost you can here pretend to is a guess, a conjecture, a presumption concerning a similar cause; and how that pretension will be received in the world, I leave you to consider…

Now, Cleanthes, said Philo, with an air of alacrity and triumph, mark the consequences. First, By this method of reasoning, you renounce all claim to infinity in any of the attributes of the Deity. For, as the cause ought only to be proportioned to the effect, and the effect, so far as it falls under our cognisance, is not infinite; what pretensions have we, upon your suppositions, to ascribe that attribute to the Divine Being? You will still insist, that, by removing him so much from all similarity to human creatures, we give in to the most arbitrary hypothesis, and at the same time weaken all proofs of his existence.

Secondly, You have no reason, on your theory, for ascribing perfection to the Deity, even in his finite capacity, or for supposing him free from every error, mistake, or incoherence, in his undertakings. There are many inexplicable difficulties in the works of Nature, which, if we allow a perfect author to be proved á priori, are easily solved, and become only seeming difficulties, from the narrow capacity of man, who cannot trace infinite relations. But according to your method of reasoning, these difficulties become all real; and perhaps will be insisted on, as new instances of likeness to human art and contrivance. At least, you must acknowledge, that it is impossible for us to tell, from our limited views, whether this system contains any great faults, or deserves any considerable praise, if compared to other possible, and even real systems. Could a peasant, if the Æneid were read to him, pronounce that poem to be absolutely faultless, or even assign to it its proper rank among the productions of human wit, he, who had never seen any other production? 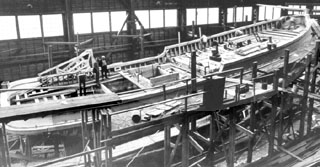 But were this world ever so perfect a production, it must still remain uncertain, whether all the excellences of the work can justly be ascribed to the workman. If we survey a ship, what an exalted idea must we form of the ingenuity of the carpenter who framed so complicated, useful, and beautiful a machine? And what surprise must we feel, when we find him a stupid mechanic, who imitated others, and copied an art, which, through a long succession of ages, after multiplied trials, mistakes, corrections, deliberations, and controversies, had been gradually improving? Many worlds might have been botched and bungled, throughout an eternity, ere this system was struck out; much labour lost, many fruitless trials made; and a slow, but continued improvement carried on during infinite ages in the art of world-making. In such subjects, who can determine, where the truth; nay, who can conjecture where the probability lies, amidst a great number of hypotheses which may be proposed, and a still greater which may be imagined?

And what shadow of an argument, continued Philo, can you produce, from your hypothesis, to prove the unity of the Deity? A great number of men join in building a house or ship, in rearing a city, in framing a commonwealth; why may not several deities combine in contriving and framing a world? This is only so much greater similarity to human affairs. By sharing the work among several, we may so much further limit the attributes of each, and get rid of that extensive power and knowledge, which must be supposed in one deity, and which, according to you, can only serve to weaken the proof of his existence. And if such foolish, such vicious creatures as man, can yet often unite in framing and executing one plan, how much more those deities or demons, whom we may suppose several degrees more perfect!

To multiply causes without necessity, is indeed contrary to true philosophy: but this principle applies not to the present case. Were one deity antecedently proved by your theory, who were possessed of every attribute requisite to the production of the universe; it would be needless, I own, (though not absurd,) to suppose any other deity existent. But while it is still a question, Whether all these attributes are united in one subject, or dispersed among several independent beings, by what phenomena in nature can we pretend to decide the controversy? Where we see a body raised in a scale, we are sure that there is in the opposite scale, however concealed from sight, some counterpoising weight equal to it; but it is still allowed to doubt, whether that weight be an aggregate of several distinct bodies, or one uniform united mass. And if the weight requisite very much exceeds any thing which we have ever seen conjoined in any single body, the former supposition becomes still more probable and natural. An intelligent being of such vast power and capacity as is necessary to produce the universe, or, to speak in the language of ancient philosophy, so prodigious an animal exceeds all analogy, and even comprehension.

But further, Cleanthes: men are mortal, and renew their species by generation; and this is common to all living creatures. The two great sexes of male and female, says MILTON, animate the world. Why must this circumstance, so universal, so essential, be excluded from those numerous and limited deities? Behold, then, the theogony of ancient times brought back upon us.

And why not become a perfect Anthropomorphite? Why not assert the deity or deities to be corporeal, and to have eyes, a nose, mouth, ears, etc.? Epicurus maintained, that no man had ever seen reason but in a human figure; therefore the gods must have a human figure. And this argument, which is deservedly so much ridiculed by Cicero, becomes, according to you, solid and philosophical.

In a word, Cleanthes, a man who follows your hypothesis is able perhaps to assert, or conjecture, that the universe, sometime, arose from something like design: but beyond that position he cannot ascertain one single circumstance; and is left afterwards to fix every point of his theology by the utmost license of fancy and hypothesis. This world, for aught he knows, is very faulty and imperfect, compared to a superior standard; and was only the first rude essay of some infant deity, who afterwards abandoned it, ashamed of his lame performance: it is the work only of some dependent, inferior deity; and is the object of derision to his superiors: it is the production of old age and dotage in some superannuated deity; and ever since his death, has run on at adventures, from the first impulse and active force which it received from him.