We can understand what the Constitution was designed to accomplish by looking at the political system it replaced: the Articles of Confederation, the United States’ first written constitution, which embodied political ideals expressed by the Declaration of Independence.

From Thirteen Colonies to United States

By the mid-eighteenth century, Britain’s thirteen colonies on North America’s east coast stretched from Georgia to New Hampshire. Each colony had a governor appointed by the king and a legislature elected by landholding voters. These colonial assemblies, standing for the colonialists’ right of self-government, clashed with the royal governors over issues of power and policies. Each colony, and the newspapers published therein, dealt with the colonial power in London and largely ignored other colonies.

British policy eventually pushed politics and news across colonial boundaries. In 1763, the British antagonized the colonialists in two important ways. A royal proclamation closed off the frontier to colonial expansion. Second, the British sought to recoup expenses borne defending the colonies. They instituted the first ever direct internal taxes in North America. The most famous, the Stamp Act, required the use of paper embossed with the royal seal to prove that taxes had been paid.

Such taxes on commerce alienated powerful interests, including well-off traders in the North and prosperous planters in the South, who complained that the tax was enacted in England without the colonists’ input. Their slogan, “No taxation without representation,” shows a dual concern with political ideals and material self-interest that persisted through the adoption of the Constitution.

Among the opponents of the Stamp Act were printers who produced newspapers and pamphlets. 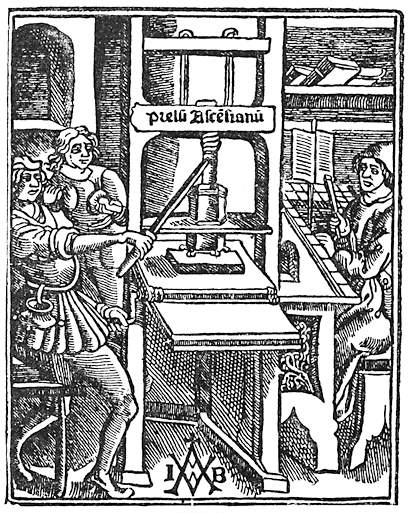 Printing newspapers was a small, labor-intensive business. Printers were often identifiable around town, not only for being ink stained, but also because the physical strain of pulling their presses shut made one shoulder rise considerably higher than the other.

The arduous technology of typesetting and hand-printing individual pages did not permit sizable production.[1] Newspapers reached large audiences by being passed around—“circulated”—or by being read aloud at taverns.[2] Printers’ precarious financial condition made them dependent on commissions from wealthy people and official subsidies from government, and thus they were eager to please people in power. Crusading journalism against government authorities was rare.[3] The Stamp Act, however, was opposed by powerful interests and placed financial burdens on printers, so it was easy for newspaper printers to oppose it vigorously with hostile stories.

During the Stamp Act crisis, news began to focus on events throughout the thirteen colonies. Benjamin Franklin, postmaster of the British government for the colonies, developed a system of post roads linking the colonies. Printers now could send newspapers to each other free of charge in the mail, providing content for each other to copy. Colonial legislatures proposed a meeting of delegates from across the colonies to address their grievances. This gathering, the Stamp Act Congress, met for two weeks in 1765. Delegates sent a petition to the king that convinced British authorities to annul the taxes.

See the text of the Stamp Act Congress’s Declaration of Rights.

In 1773, the British government awarded the East India Company a monopoly on importing and selling tea to the American colonies. This policy, too, hurt powerful interests: colonial traders and merchants. Rebellious Bostonians ransacked the East India Company’s ships and pushed cartons of tea overboard. The British reacted harshly to this “Boston Tea Party”: they closed the port of Boston, deported rebels to England for trial, and restricted settlement in and trade to the west of the country.

Once again, delegates from the various colonies met, this time in a gathering known as the Continental Congress, to address the difficulties with Britain. But this congress’s petitions, unlike those of the Stamp Act Congress, were rebuffed. Repressive policies were kept in place. The Continental Congress launched a boycott of British products, initiated the Revolutionary War, and passed the Declaration of Independence.[4]

The Declaration of Independence, issued on July 4, 1776, announced that the thirteen colonies were independent of Britain. It was designed to be read aloud in public and to be sent to international audiences. Its point-by-point charges against British rule give equal weight to how the king damaged America’s economic interests and how he ignored principles of self-government. 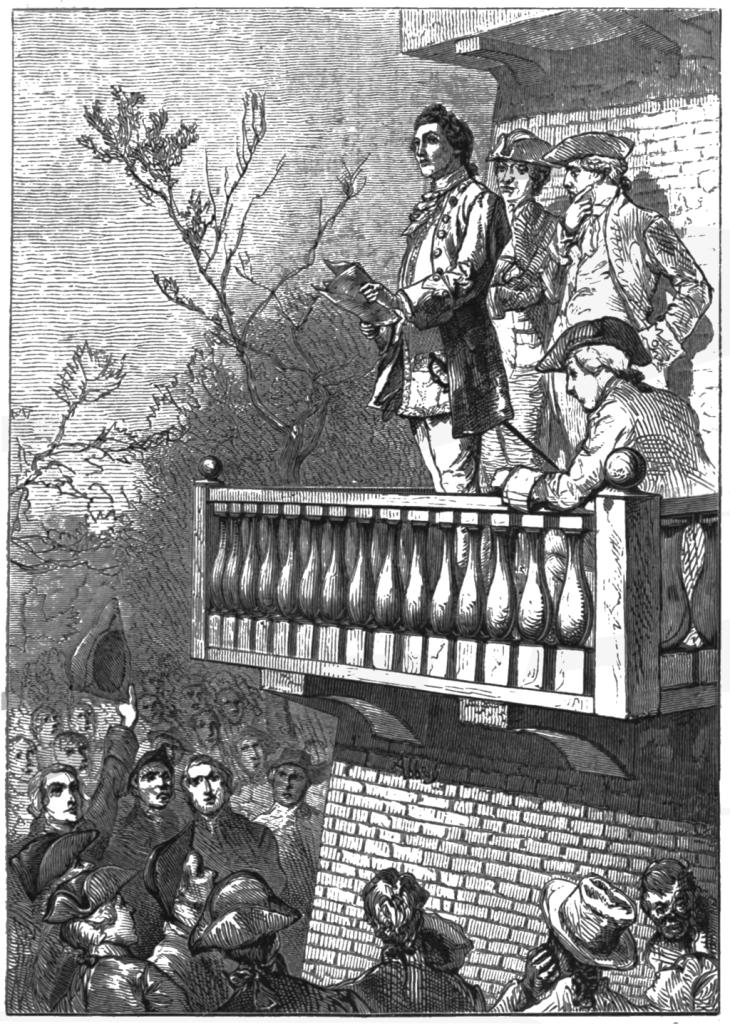 The soaring phrases of the Declaration were crafted in part to be declaimed in public. Indeed, one of the copies owned by Jefferson himself—not a confident public speaker—shows where he marked the document to pause, perhaps for laudatory huzzahs and applause.

The Declaration is a deeply democratic document.[5] It is democratic in what it did—asserting the right of the people in American colonies to separate from Britain. And it is democratic in what it said: “We hold these truths to be self-evident, that all men are created equal” and have inviolable rights to “life, liberty, and the pursuit of happiness.” The Declaration concludes that the people are free to “alter or abolish” repressive forms of government. Indeed, it assumes that the people are the best judges of the quality of government and can act wisely on their own behalf.

Link: The Declaration of Independence

For more information on the Declaration of Independence, visit the National Archives online.

The Articles of Confederation

Drafted in 1777, the Articles of Confederation were the first political constitution for the government of the United States. They codified the Continental Congress’s practices and powers. The United States of America was a confederation of states. Although the confederation was superior to the individual states, it had no powers without their consent.

Link: The Articles of Confederation

Read the text of the Articles of Confederation.

Under the Articles, the Continental Congress took over the king’s powers to make war and peace, send and receive ambassadors, enter into treaties and alliances, coin money, regulate Indian affairs, and run a post office. But the confederation could not raise taxes and relied on revenues from each of the states. There was no president to enforce the laws and no judiciary to hear disputes between and among the states.

Each state delegation cast a single vote in the Continental Congress. Nine states were needed to enact legislation, so few laws were passed. States usually refused to fund policies that hampered their own interests.[6] Changes in the Articles required an all-but-impossible unanimous vote of all thirteen delegations. The weakness of the Articles was no accident. The fights with Britain created widespread distrust of central authority. By restricting the national government, Americans could rule themselves in towns and states. Like many political thinkers dating back to ancient Greece, they assumed that self-government worked best in small, face-to-face communities.

The first American political system, as expressed in the Articles of Confederation, reflected a distrust of a national government. Its powers were deliberately limited in order to allow Americans to govern themselves in their cities and states.