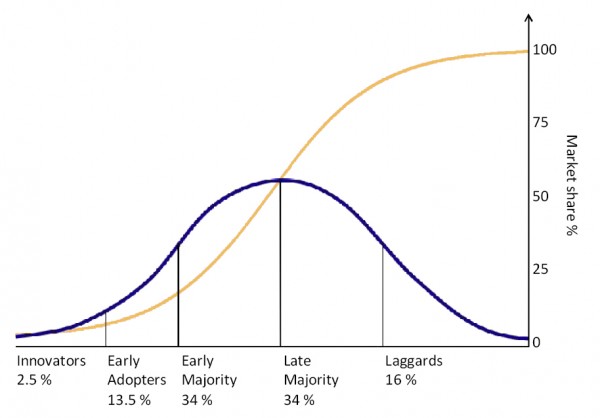 Sociologist Everett Rogers (1962) developed a model of the diffusion of innovations. As consumers gradually adopt a new innovation, the item grows toward a market share of 100 percent, or complete saturation within a society. [“Diffusion of ideas” by Everett Rogers, Wikimedia Commons is in the Public Domain]