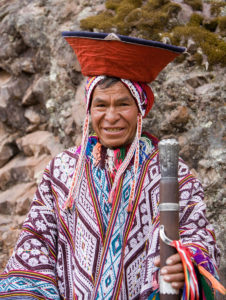 Cultural values and attitudes can shape people’s experience of aging. [“Andean Man” by Cacophony is licensed under CC BY-SA 4.0]