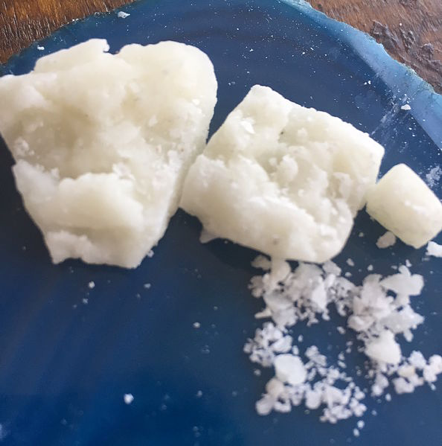 From 1986 until 2010, the punishment for possessing crack, a “poor person’s drug,” was 100 times stricter than the punishment for cocaine use, a drug favored by the wealthy. [“Crack-cocaine-2-grams.jpeg” by Argv0, Wikimedia Commons is licensed under CC BY-SA 4.0]