You learned in the previous module that conflict theory looks at society as a competition for limited resources. This perspective is a macro-level approach most identified with the writings of German philosopher and sociologist Karl Marx (1818–1883), who saw society as being made up of individuals in different social classes who must compete for social, material, and political resources such as food and housing, employment, education, and leisure time. Social institutions like government, education, and religion reflect this competition in their inherent inequalities and help maintain the unequal social structure.
It is important to note that although Karl Marx was the most famous conflict theorist, many others followed. Often looked on as an entirely different perspective, Feminism falls under the umbrella of conflict theory. Like Marx’s argument of the work versus the owner, feminists look at society as a constant struggle between males and females. They argue that there is a concrete difference between how males and females are treated in today’s societies. 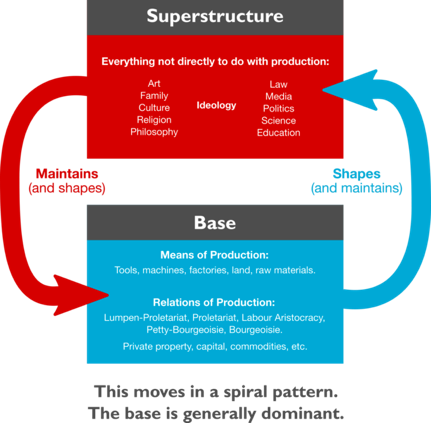 Karl Marx asserted that all elements of a society’s structure depend on its economic structure. [“Base-superstructure Dialectic” by Alyxr, Wikimedia Commons is licensed under CC BY-SA 4.0] 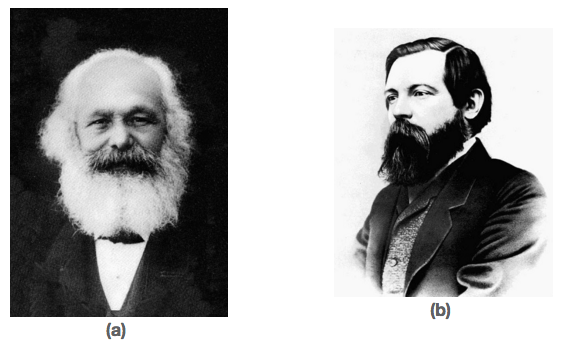 [“Alienation” by Sociology Live! is licensed under CC BY 4.0]