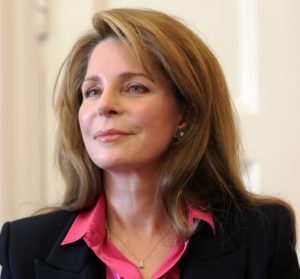 Queen Noor of Jordan is the dowager queen of this constitutional monarchy and has limited political authority. Queen Noor is American by birth, but relinquished her citizenship when she married. She is a noted global advocate for Arab-Western relations. [“Queen Noor Jordan 2011” by Skoll World Forum is licensed under CC BY 2.0] 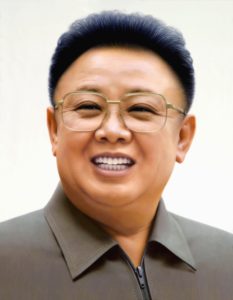 Dictator Kim Jong-Il of North Korea was a charismatic leader of an absolute dictatorship. His followers responded emotionally to the death of their leader in 2011. [“Kim Jong il Portrait” by Joseph Ferris III is licensed under CC BY 2.0]

The Tea Party is among the highest-profile grassroots organizations active in U.S. politics today. What is its official platform? Examine the Tea Party website to find out more information.

1. Many constitutional monarchies started out as:

2. Which nation is an absolute monarchy?

3. Which of the following present and former government leaders is generally considered a dictator?

5. Which is not a characteristic of a democracy?

6. Which statement best expresses why the United States is not a true democracy?

anarchy:
the absence of any organized government

constitutional monarchies:
national governments that recognize monarchs but require these figures to abide by the laws of a greater constitution

democracy:
a form of government that provides all citizens with an equal voice or vote in determining state policy

dictatorship:
a form of government in which a single person (or a very small group) wields complete and absolute authority over a government or populace after the dictator rises to power, usually through economic or military might

monarchy:
a form of government in which a single person (a monarch) rules until that individual dies or abdicates the throne

oligarchy:
a form of government in which power is held by a small, elite group

totalitarian dictatorship:
an extremely oppressive form of dictatorship in which most aspects of citizens’ lives are controlled by the leader