Do you prefer listening to opera or hip hop music? Do you like watching horse racing or NASCAR? Do you read books of poetry or celebrity magazines? In each pair, one type of entertainment is considered high-brow and the other low-brow. Sociologists use the term high culture to describe the pattern of cultural experiences and attitudes that exist in the highest class segments of a society. People often associate high culture with intellectualism, political power, and prestige. In America, high culture also tends to be associated with wealth. Events considered high culture can be expensive and formal—attending a ballet, seeing a play, or listening to a live symphony performance.Although high culture may seem out of reach to the lower classes, there are always exceptions to the rule. In recent history programs have been set up to introduce high culture at cost efficient or even free to those that would otherwise not be able to afford it. This is considered a bridge for people from the lower class to reach the middle or upper levels of society.The term popular culture refers to the pattern of cultural experiences and attitudes that exist in mainstream society. Popular culture events might include a parade, a baseball game, or the season finale of a television show. Rock and pop music—“pop” is short for “popular”—are part of popular culture. Popular culture is often expressed and spread via commercial media such as radio, television, movies, the music industry, publishers, and corporate-run websites. Unlike high culture, popular culture is known and accessible to most people. You can share a discussion of favorite football teams with a new coworker or comment on American Idol when making small talk in line at the grocery store. But if you tried to launch into a deep discussion on the classical Greek play Antigone, few members of U.S. society today would be familiar with it. Popular culture is also not exclusive to the middle and lower classes. Many upper-class individuals take part in popular culture.

Thousands of subcultures exist within the United States. Ethnic and racial groups share the language, food, and customs of their heritage. Other subcultures are united by shared experiences. Biker culture revolves around a dedication to motorcycles. Some subcultures are formed by members who possess traits or preferences that differ from the majority of a society’s population. The body modification community embraces aesthetic additions to the human body, such as tattoos, piercings, and certain forms of plastic surgery. In the United States, adolescents often form subcultures to develop a shared youth identity. Alcoholics Anonymous offers support to those suffering from alcoholism. But even as members of a subculture band together, they still identify with and participate in the larger society.

Sociologists distinguish subcultures from countercultures, which are a type of subculture that rejects some of the larger culture’s norms and values. In contrast to subcultures, which operate relatively smoothly within the larger society, countercultures might actively defy larger society by developing their own set of rules and norms to live by, sometimes even creating communities that operate outside of greater society.

Cults, a word derived from culture, are also considered counterculture group. The group “Yearning for Zion” (YFZ) in Eldorado, Texas, existed outside the mainstream and the limelight, until its leader was accused of statutory rape and underage marriage. The sect’s formal norms clashed too severely to be tolerated by U.S. law, and in 2008, authorities raided the compound and removed more than two hundred women and children from the property.

Skinny jeans, chunky glasses, and T-shirts with vintage logos—the American hipster is a recognizable figure in the modern United States. Based predominately in metropolitan areas, sometimes clustered around hotspots such as the Williamsburg neighborhood in New York City, hipsters define themselves through a rejection of the mainstream. As a subculture, hipsters spurn many of the values and beliefs of U.S. culture and prefer vintage clothing to fashion and a bohemian lifestyle to one of wealth and power. While hipster culture may seem to be the new trend among young, middle-class youth, the history of the group stretches back to the early decades of the 1900s. 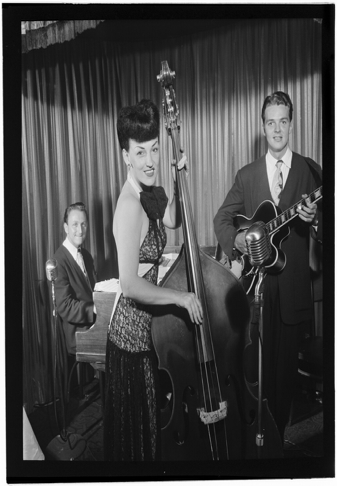 Where did the hipster culture begin? In the early 1940s, jazz music was on the rise in the United States. Musicians were known as “hepcats” and had a smooth, relaxed quality that went against upright, mainstream life. Those who were “hep” or “hip” lived by the code of jazz, while those who were “square” lived according to society’s rules. The idea of a “hipster” was born.

The hipster movement spread, and young people, drawn to the music and fashion, took on attitudes and language derived from the culture of jazz. Unlike the vernacular of the day, hipster slang was purposefully ambiguous. When hipsters said, “It’s cool, man,” they meant not that everything was good, but that it was the way it was.

By the 1950s, the jazz culture was winding down and many traits of hepcat culture were becoming mainstream. A new subculture was on the rise. The “Beat Generation,” a title coined by writer Jack Kerouac, were anticonformist and antimaterialistic. They were writers who listened to jazz and embraced radical politics. They bummed around, hitchhiked the country, and lived in squalor.

The lifestyle spread. College students, clutching copies of Kerouac’s On the Road, dressed in berets, black turtlenecks, and black-rimmed glasses. Women wore black leotards and grew their hair long. Herb Caen, a San Francisco journalist, used the suffix from Sputnik 1, the Russian satellite that orbited Earth in 1957, to dub the movement’s followers “Beatniks.”

As the Beat Generation faded, a new, related movement began. It too focused on breaking social boundaries, but it also advocated freedom of expression, philosophy, and love. It took its name from the generations before; in fact, some theorists claim that Beats themselves coined the term to describe their children. Over time, the “little hipsters” of the 1970s became known simply as “hippies.”

Today’s generation of hipsters rose out of the hippie movement in the same way that hippies rose from Beats and Beats from hepcats. Although contemporary hipsters may not seem to have much in common with 1940s hipsters, the emulation of nonconformity is still there. In 2010, sociologist Mark Greif set about investigating the hipster subculture of the United States and found that much of what tied the group members together was not based on fashion, musical taste, or even a specific point of contention with the mainstream. “All hipsters play at being the inventors or first adopters of novelties,” Greif wrote. “Pride comes from knowing, and deciding, what’s cool in advance of the rest of the world. Yet the habits of hatred and accusation are endemic to hipsters because they feel the weakness of everyone’s position—including their own” (Greif 2010). Much as the hepcats of the jazz era opposed common culture with carefully crafted appearances of coolness and relaxation, modern hipsters reject mainstream values with a purposeful apathy. 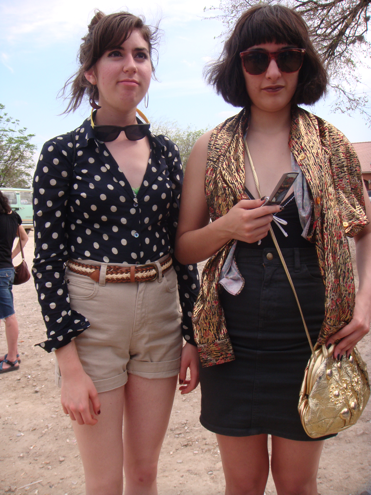 Intellectual and trendy, today’s hipsters define themselves through cultural irony. [“Modern Hipster” by Todd Dwyer is licensed under CC BY 4.0]

Young people are often drawn to oppose mainstream conventions, even if in the same way that others do. Ironic, cool to the point of non-caring, and intellectual, hipsters continue to embody a subculture, while simultaneously impacting mainstream culture.

2. The Ku Klux Klan is an example of what part of culture?

3. Modern-day hipsters are an example of:

subcultures:
groups that share a specific identification, apart from a society’s majority, even as the members exist within a larger society