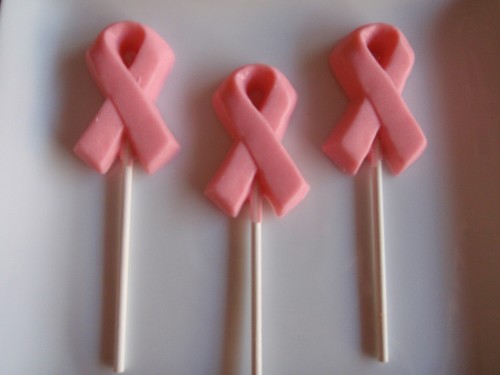 Pink ribbons are a ubiquitous reminder of breast cancer. But do pink ribbon chocolates do anything to eradicate the disease? [“Pink Ribbon chocolates” by wishuponacupcake is licensed under CC BY 2.0]