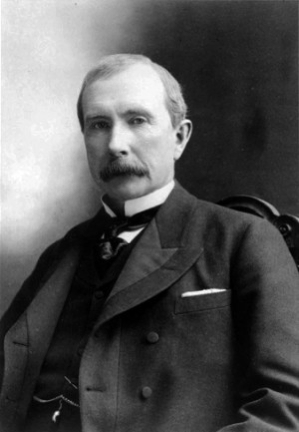 John D. Rockefeller, cofounder of the Standard Oil Company, came from an unremarkable family of salesmen and menial laborers. By his death at age 98, he was worth $1.4 billion. In industrial societies, business owners such as Rockefeller hold the majority of the power. [“JDR” by The Rockefeller Archive Center is licensed under CC BY 4.0]