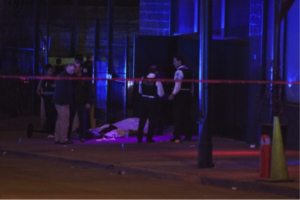 Thirty percent of women who are murdered are killed by their intimate partner. What does this statistic reveal about societal patterns and norms concerning intimate relationships and gender roles? [“CrimeScene” by Supaflyrobby is licensed under CC BY-SA 4.0]