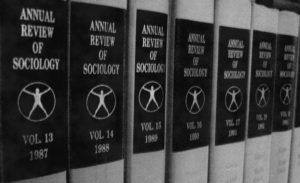 Sociology is the study of groups and group interactions, societies and social interactions, from small and personal groups to very large groups. A group of people who live in a defined geographic area, who interact with one another, and who share a common culture is what sociologists call a society. Sociologists study all aspects and levels of society. Sociologists working from the micro-level study small groups and individual interactions, while those using macro-level analysis look at trends among and between large groups and societies. For example, a micro-level study might look at the accepted rules of conversation in various groups such as among teenagers or business professionals. In contrast, a macro-level analysis might research the ways that language use has changed over time or in social media outlets. The term culture refers to the group’s shared practices, values, and beliefs. Culture encompasses a group’s way of life, from routine, everyday interactions to the most important parts of group members’ lives.

Culture includes everything produced by a society, including all of the social rules. Sociologists often study culture using the sociological imagination, which pioneer sociologist C. Wright Mills described as an awareness of the relationship between a person’s behavior and experience and the wider culture that shaped the person’s choices and perceptions. It’s a way of seeing our own and other people’s behavior in relationship to history and social structure (1959). One illustration of this is a person’s decision to marry. In the United States, this choice is heavily influenced by individual feelings; however, the social acceptability of marriage relative to the person’s circumstances also plays a part. Remember, though, that culture is a product of the people in a society; sociologists take care not to treat the concept of “culture” as though it were alive in its own right. Reification is an error of treating an abstract concept as though it has a real, material existence (Sahn 2013). 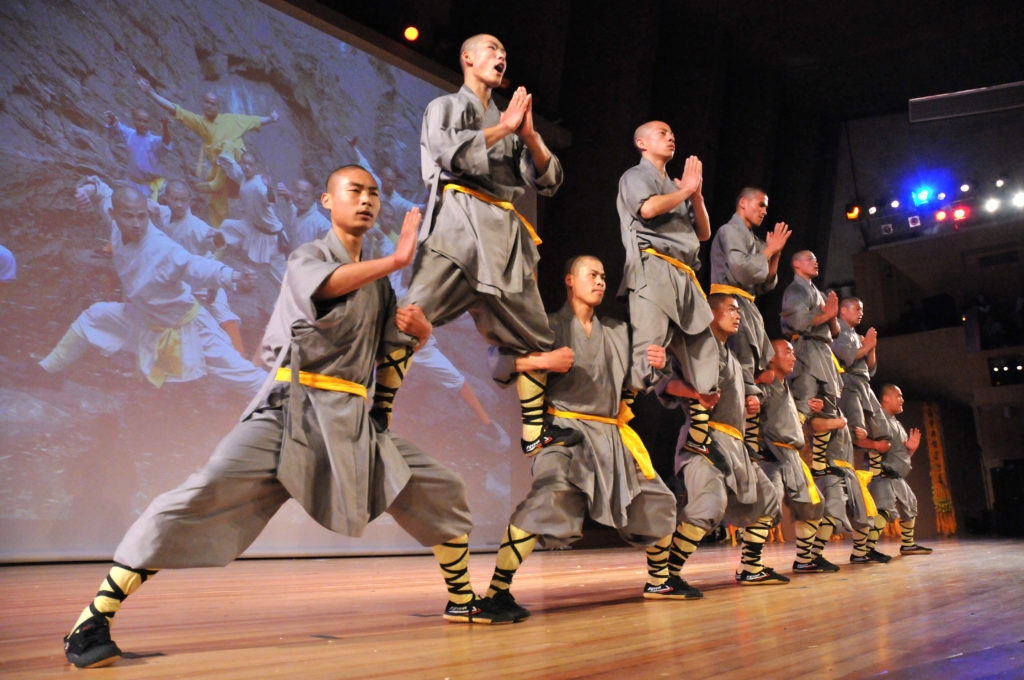 Many Convention Centers, Institutions, and Universities hold diversity conferences/meetings as an awareness of the world. Pictured is a Cultural Diversity Week at UNESCO Headquarters in Paris showcasing Shaolin Monks (China) [“Cultural Diversity” by Michel Ravassard, UNESCO is licensed under CC BY 4.0 ]

Rituals such as graduations and funerals would also be examples of nonmaterial culture.Changes in the U.S. family structure offer an example of patterns that sociologists are interested in studying. A “typical” family now is vastly different than in past decades when most U.S. families consisted of married parents living in a home with their unmarried children. The percent of unmarried couples, same-sex couples, single-parent and single-adult households is increasing, as well as is the number of expanded households, in which extended family members such as grandparents, cousins, or adult children live together in the family home (U.S. Census Bureau 2013). While mothers still make up the majority of single parents, millions of fathers are also raising their children alone, and more than 1 million of these single fathers have never been married (Williams Institute 2010; cited in Ludden 2012). Increasingly, single men and women and cohabitating opposite-sex or same-sex couples are choosing to raise children outside of marriage through surrogates or adoption. Some sociologists study social facts, which are the laws, morals, values, religious beliefs, customs, fashions, rituals, and all of the cultural rules that govern social life, that may contribute to these changes in the family. Do people in the United States view marriage and family differently than before? Do employment and economic conditions play a role? How has culture influenced the choices that individuals make in living arrangements? Other sociologists are studying the consequences of these new patterns, such as the ways children are affected by them or changing needs for education, housing, and healthcare. Another example of the way society influences individual decisions can be seen in people’s opinions about and use of the Supplemental Nutrition Assistance Program, or SNAP benefits. Some people believe those who receive SNAP benefits are lazy and unmotivated. Statistics from the United States Department of Agriculture show a complex picture. 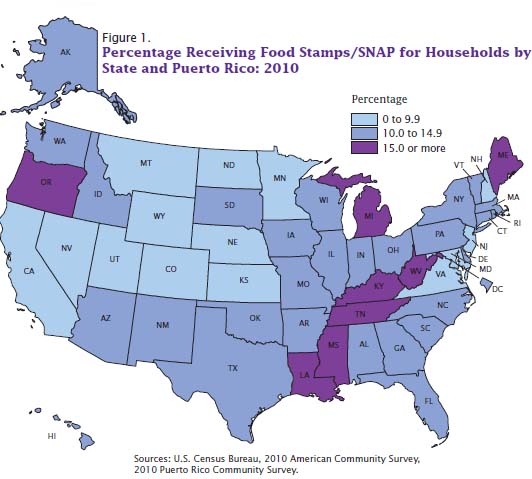