Why differentiate between culture and society? Describe the basic elements of culture, and compare types of societies. 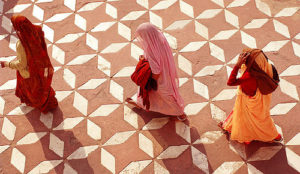 If you have traveled or lived outside the borders of the United States, you have probably already experienced cultures with different customs and ways of life. However, it doesn’t take international travel to see such differences. Think about the customs of the south compared to the customs of the north? Have you every traveled to another state and seen different ways of living?  Sometimes we can even see this in our own town. Think of the neighborhoods within your own city.  Do some groups live differently than others? Since the United States is one of the most diverse countries in the world, gaining an understanding of how other people “do” their cultural beliefs help us to better understand and interact with people at home and abroad. Just like playing a game, if you know the rules, you will be more successful than if you do not. Understanding the basics of culture helps us to understand one another. Consider the following story: