Braque, The Viaduct at L’Estaque

During the summer of 1908, Braque returned to Cézanne’s old haunt for a second summer in a row. Previously he had painted this small port just south of Aix-en-Provence with the brilliant irreverent colors of a Fauve (Braque along with Matisse, Derain, and others defined this style from about 1904 to 1907). But now, after Cézanne’s death and after having met Picasso, Braque set out on a very different tack, the invention of Cubism. 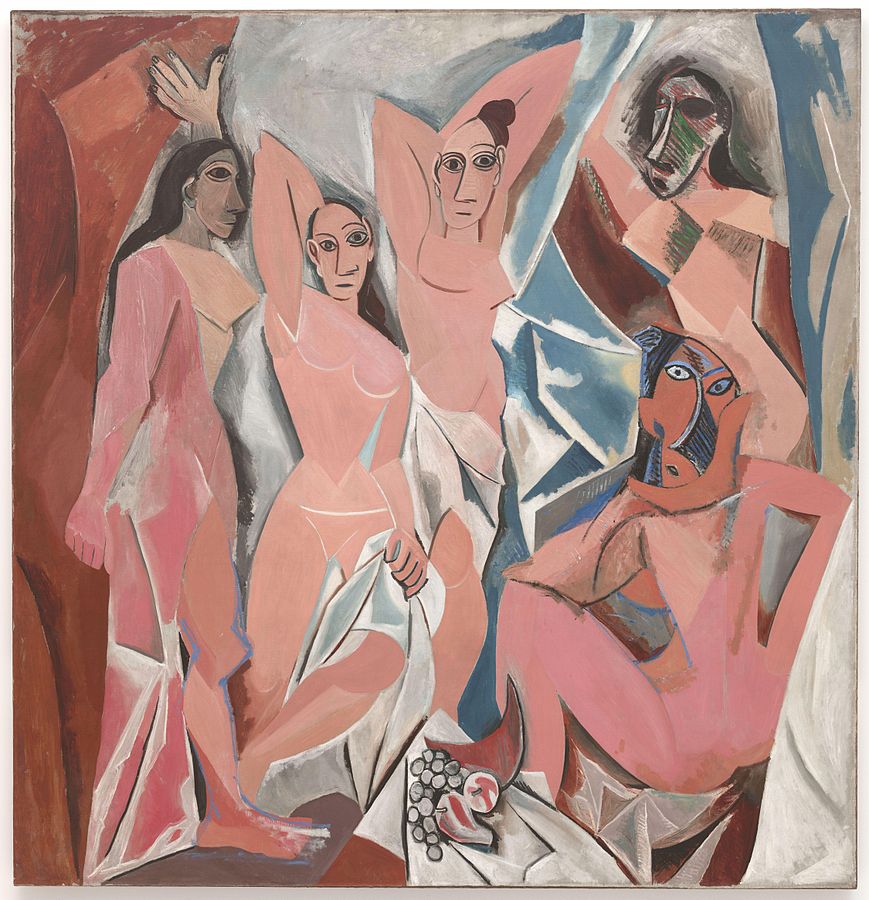 Cubism is a terrible name. Except for a very brief moment, the style has nothing to do with cubes. Instead, it is an extension of the formal ideas developed by Cézanne and broader perceptual ideas that became increasingly important in the late nineteenth and early twentieth centuries. These were the ideas that inspired Matisse as early as 1904 and Picasso perhaps a year or two later. We certainly saw such issues asserted in Les Demoiselles d’Avignon. But Picasso’s great 1907 canvas is not yet Cubism. It is more accurate to say that it is the foundation upon which Cubism is constructed. If we want to really see the origin of the style, we need to look beyond Picasso to his new friend Georges Braque.

The young French Fauvist, Georges Braque that had been struck by both the posthumous Cézanne retrospective exhibition held in Paris in 1907 and his first sight of Picasso’s radical new canvas, Les Demoiselles d’Avignon. Like so many people that saw it, Braque is reported to have hated it—Matisse, for example, predicted that Picasso would be found hanged behind the work, so great was his mistake. Nevertheless, Braque stated that it haunted him through the winter of 1908. Like every good Parisian, Braque fled Paris in the summer and decided to return to the part of Provance in which Cézanne had lived and worked. Braque spent the summer of 1908 shedding the colors of Fauvism and exploring the structural issues that had consummed Cézanne and now Picasso. He wrote: “It [Cézanne’s impact] was more than an influence, it was an invitation. Cézanne was the first to have broken away from erudite, mechanized perspective…” (quoted in William Rubin’s Picasso and Braque: Pioneering Cubism, New York: The Museum of Modern Art, 1989, p.353). Like Cézanne, Braque sought to undermine the illusion of depth by forcing the viewer to recognize the canvas not as a window but as it truly is, a vertical curtain that hangs before us. 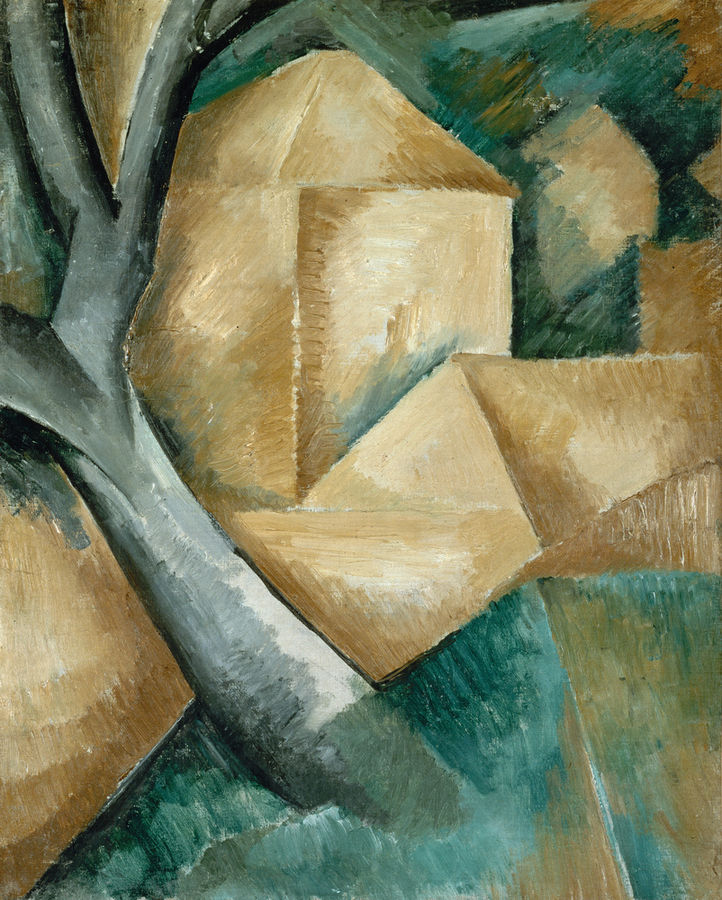 In canvases such as Houses at L’Estaque and The Viaduct at L’Estaque (from the video above), Braque simplifies the form of the houses, here are the so called cubes, but he nullifies the obvious recessionary overlapping with the trees that force forward even the most distant building. When Braque returned to Paris in late August, he found Picasso an eager audience. Almost immediately, Picasso began to exploit Braque’s investigations. But far from being the end of their working relationship, this exchange becomes the first in a series of collaborations that lasts six years and creates an intimate creative bound between these two artists that is unique in the history of art. Between the years 1908 and the beginning of the First World War in 1914, Braque and Picasso work together so closely that even experts can have difficulty telling the work of one artist from the other. For months on end they would visit each others studio on an almost daily basis sharing ideas and challenging each other as they went. Still, a pattern did emerge and it tended to be to Picasso’s benefit. When a radical new idea was introduced, more then likely, it was Braque that recognized its value. But it was inevitably Picasso who realized its potential and was able to fully exploit it.

By 1910, Cubism had matured into a complex system that is seemingly so esoteric that it appears to have rejected all esthetic concerns. The average museum visitor, when confronted by a 1910 or 1911 canvas by Braque or Picasso, the period known as Analytic Cubism, often looks somewhat put upon even while they may acknowledge the importance of such work. I suspect that the difficulty, is, well . . . the difficulty of the work. Cubism is an analysis of vision and of its representation and it is challenging. As a society we seem to believe that all art ought to be easily understandable or at least beautiful. That’s the part I find confusing.