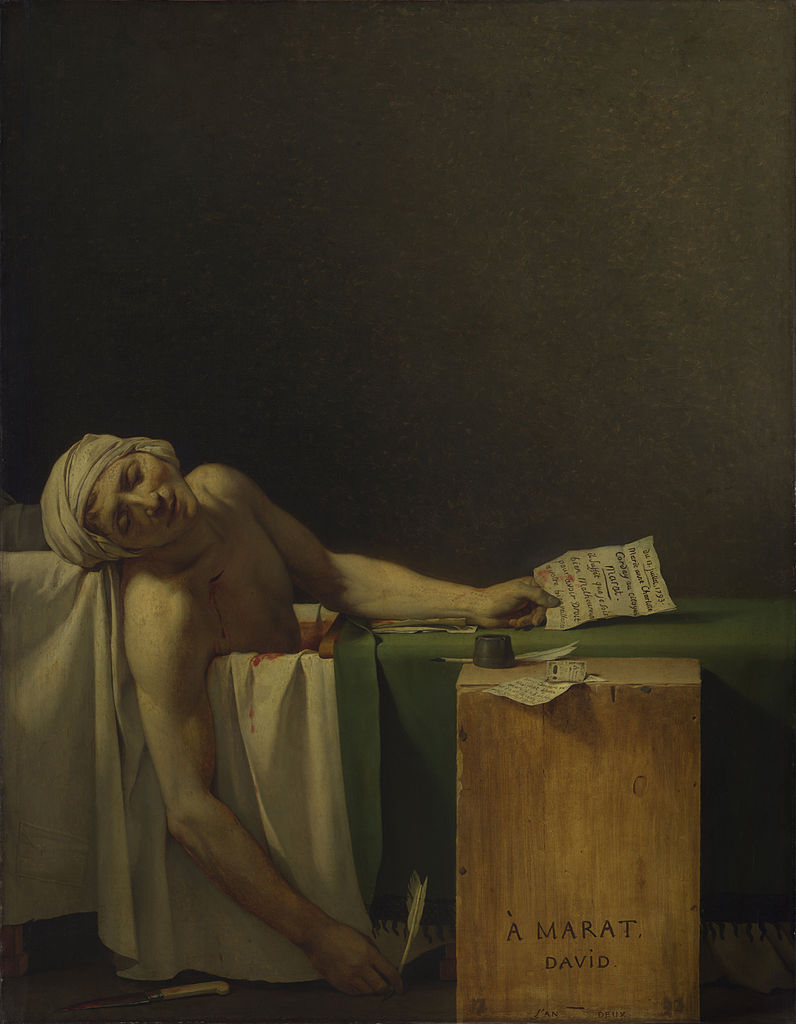 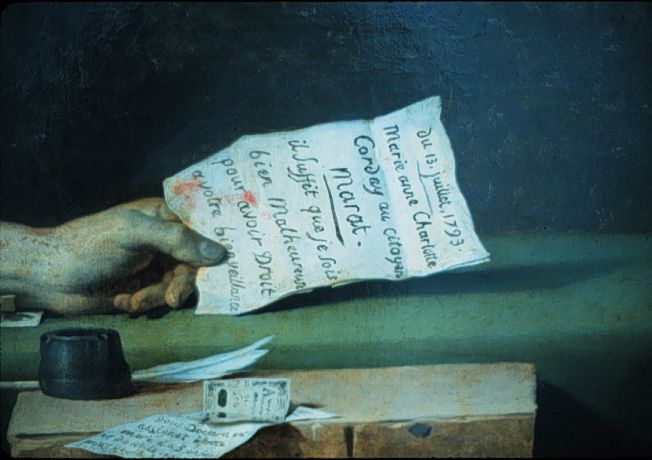 Figure 2. Detail of The Death of Marat. The English translation is: The thirteenth of July, 1793. Marie-anne Charlotte Corday to citizen Marat. Given that I am unhappy, I have a right to your help.

At the height of the Reign of Terror in 1793, David painted a memorial to his great friend, the murdered publisher, Jean Marat. As in his Death of Socrates, David substitutes the iconography (symbolic forms) of Christian art for more contemporary issues. The Death of Marat, 1793 an idealized image of David’s slain friend is shown holding his murderess’s (Charlotte Corday) letter of introduction. The bloodied knife lays on the floor having opened a fatal gash that functions, as does Marat’s very composition, as a reference to the entombment of Christ and a sort of secularized stigmata (reference to the wounds Christ is said to have received in his hands, feet and side while on the cross). Is David attempting now to find revolutionary martyrs to replace the saints of Catholicism (which had been outlawed)?