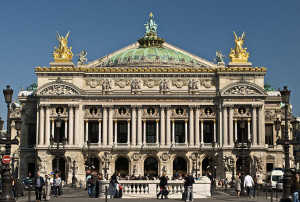 The Paris Opéra (1860–75), designed by Charles Garnier, is one of the jewels of Napoleon III’s newly reconstructed city. Frequented by Degas and the source for much of his ballet imagery, the Paris Opéra is key to understanding the somewhat perverse culture of voyeurism and spectacle among the prosperous classes of the Second Empire.

Marvin Trachtenberg & Isabel Hyman have called the huge Opéra house, “the new cathedral of bourgeois [middle, really upper-middle class] Paris. . . . The glittering centerpiece of the new Paris . . . was meant to be much more than a theater in the ordinary sense.

For Charles Garnier, an architect of the Ecole des beaux-arts, it was a setting for a ritual in which the spectators were also actors, participants in the rite of social encounter, seeing and being seen.” The division of the structure supports his vision.

Look at the cross-section in figure 2. The dome sits above the audience and orchestra, the high roof over the stage. Behind the stage are the rehearsal rooms where Degas often sketched. 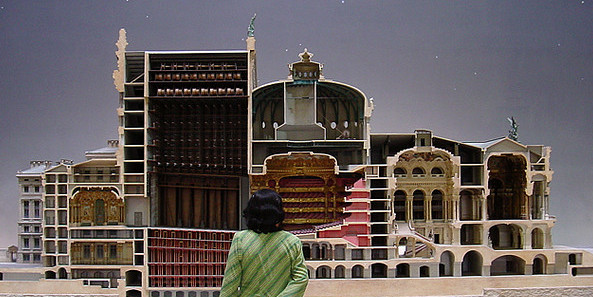 Figure 2. A cross-section of the Paris Opéra 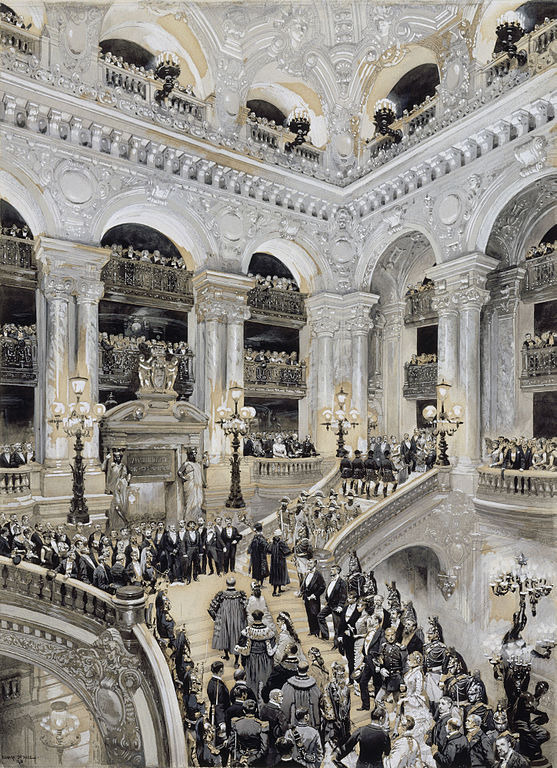 But the single largest area, from the front facade to the seats below the dome, is reserved for the foyers and the grand stair hall. This area was, in essence, a second stage. Far more ornate then the performance stage, the lobbies of the Paris Opéra was where the social dramas of the rich were enacted.

Strolling along the new boulevards or posing in the opera’s grand foyers, the ruling classes paraded their wealth. The flâneur, a new denizen of the city, was a man of leisure (itself a by-product of the capital generated by industrialization). Walking the streets not for work or need, but for the pleasures of observation, the flâneur was at home in the Opéra.