The Renaissance does not have a start date. Its origins are often located around 1400 but as early as the late 1200s we see changes in painting and sculpture that lay the foundation for what we will come to recognize as the Renaissance. Some scholars call this early period the “Late Gothic”—a term which refers to the late Middle Ages, while other people call it the “Proto-Renaissance”—the beginnings of the Renaissance. In any case, a revolution is beginning to take place in the early 1300s in the way people think about the world, the way they think about the past, and the way they think about themselves and their relationship with God.

Giotto: The father of Western Painting 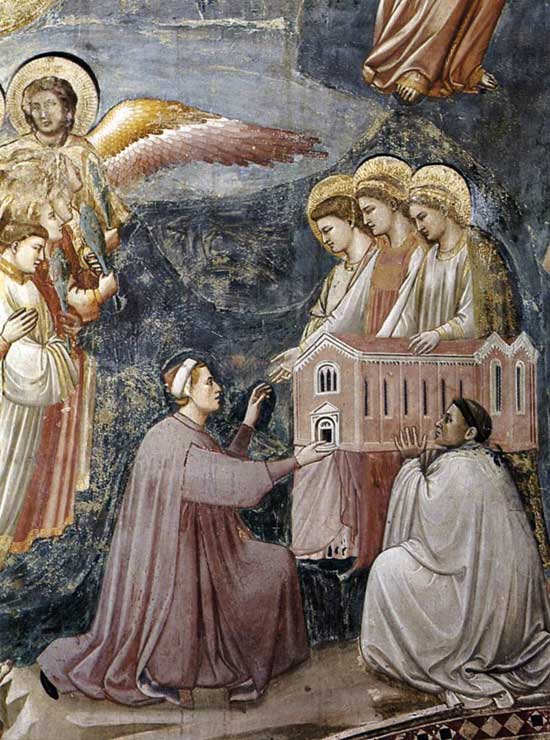 Figure 1. Enrico in the Last Judggment

The artist who takes the biggest step away from the Medieval style of spiritual representation is Giotto. You could say, in fact, that Giotto changed the direction of art history. Giotto is perhaps best known for the frescos he painted in the Arena Chapel. They were commissioned by a wealthy man named Enrico Scrovegni, the son of a well-known banker (and banker himself). According to the Church, usury (charging interest for a loan) was a sin, and so one of Enrico’s motivations for building the chapel and having it decorated by Giotto may have been to atone for the sin of usury.

Commissioning works of art for churches was a very common way of doing “good works” which could help earn one’s way into Heaven. We can see Enrico himself in a fresco of the Last Judgment on the west wall of the chapel, on the side of the blessed (or the elect)—those whom Christ has chosen to go to Heaven. He is shown kneeling, giving a symbolic model of the Arena chapel itself to the Virgin Mary and the Virgin of Charity and the Virgin Annunciate (to whom the chapel was dedicated). In fact, on March 25—the Feast of the Annunciate Virgin—sunlight enters one of the side windows and falls directly on the figure of Enrico Scrovegni.

Figure 2 gives us a sense of what it feels like to be a tourist visiting the Arena Chapel. Because frescos are painted directly on the wall, they can’t easily be moved and put in a museum (unless you take the whole wall!). So, most frescos are still in the spaces that the artists created them for, and the patrons commissioned them for. Having the work of art in its original context helps us to understand its meaning for the people of the 14th century. 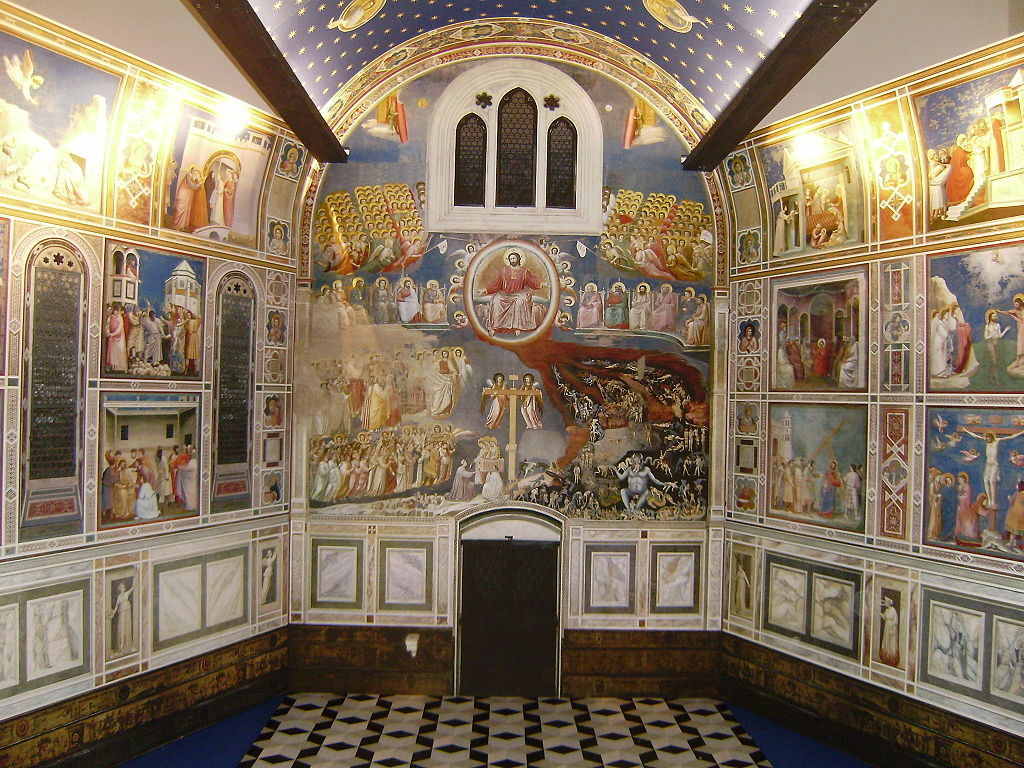 Figure 2. Model of Capella degli Scrovegni, which is a church in Padua, Italy. This reproduction on the scale of 1:4.

Looking at this photo, you can see that there are numerous separate paintings in the chapel (the Lamentation is one of them. Giotto covered the walls with scenes from the Lives of Joachim and Anna (Mary’s parents) and Christ himself.

Rather like a comic book without words, Giotto tells the story of Christ and his parents through pictures. Why? Because most of the population of Europe was illiterate at this time. Most people couldn’t read the bible for themselves (Bibles were rare and expensive—there was no printing press and so each was copied by hand). Instead, people learned the stories of the Bible—stories that would help them get to heaven—by hearing the words of the priest in the church on Sunday, and by looking at the paintings and sculptures.

The frescoes in the Arena Chapel tell the story of Mary and Christ on the long walls. By the altar, Giotto painted the Annunciation, and at the other end, on the entrance wall, the Last Judgment.