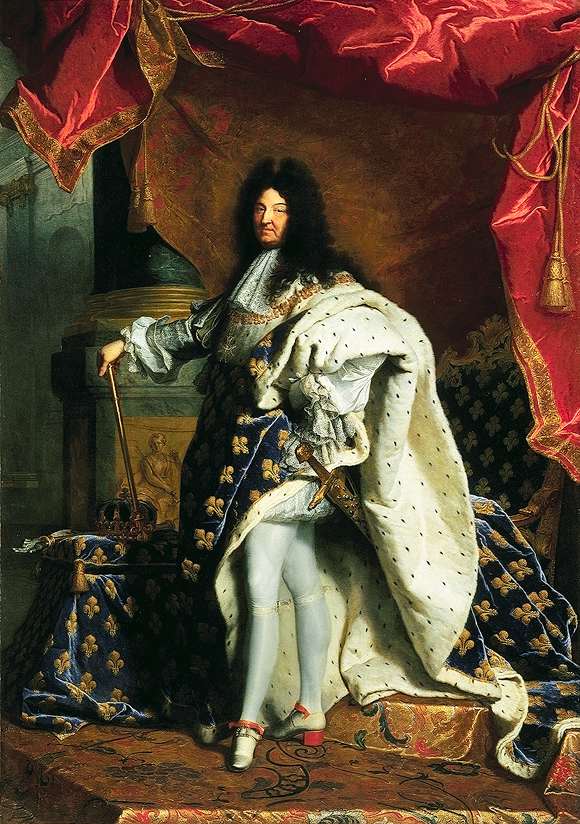 In France, Louis XIV (who reigned from 1661 to 1715), also known as the “Sun King,” centralized the government around his own person and used art and architecture in the service of the monarchy. The French monarchs ruled with absolute power, meaning that there was little or no check on what they could and could not do. There was no parliament that would have balanced the power of the King (as there was in England). The King also ruled, so it was believed, by divine right. That is, that the power to rule came from God. In an effort to use art in support of the state, Louis XIV established the Royal Academy of Fine Arts to control matters of art and artistic education by imposing a classicizing style as well as other regulations and standards on art and artists.

In his portrait of Louis XIV (figure 1), Rigaud was not as interested in what the King really looked like (he is certainly idealized here). Rather, he was concerned with capturing the majesty and authority of the absolute ruler of France—as well as our own insignificance in his presence. The textures of the ermine and velvets and embroidered silk are so sumptuous that the eye focuses on them more than on the face of the Sun King.

Louis XIV also built an opulent new palace, Versailles, which became the King’s official residence in 1682. Versailles is 14 miles southwest of Paris and contains 700 rooms! It is probably impossible to get a sense of the enormity and luxury of Versailles without going there. 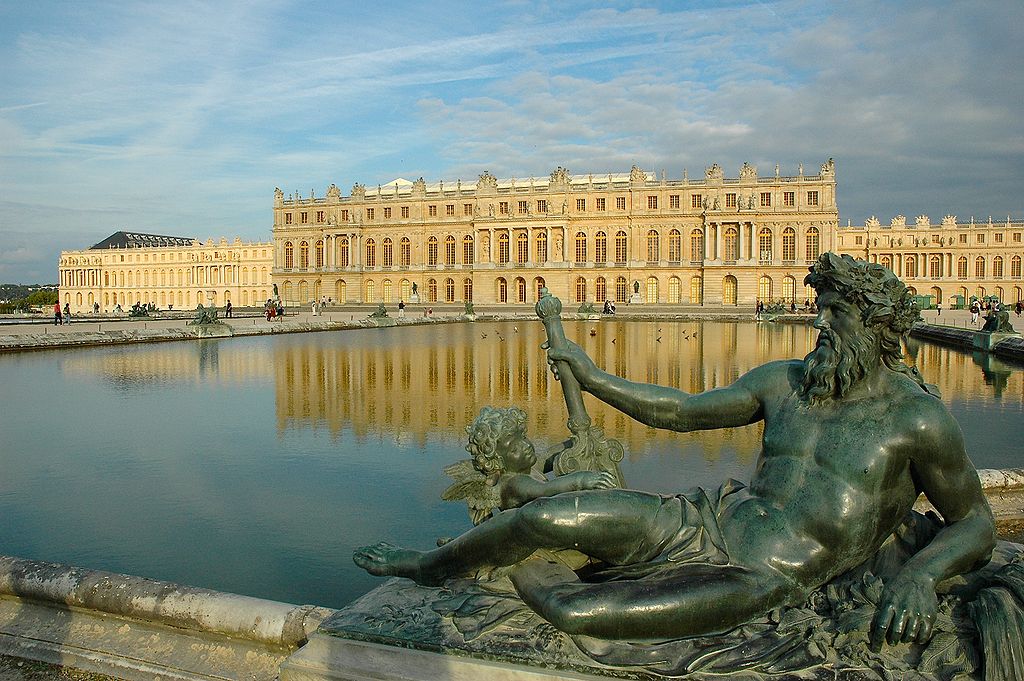 Figure 2. View of the Palace from the garden

You have probably heard of the famous Galerie des Glaces (or Hall of Mirrors), a room with 17 mirrors facing the windows that look out onto fabulous gardens (figure 3). The ceiling of this room is decorated with paintings extolling the virtues and achievements of Louis himself. (Here you can actually get a full, 360 degree view of this famous and extravagant hallway.) 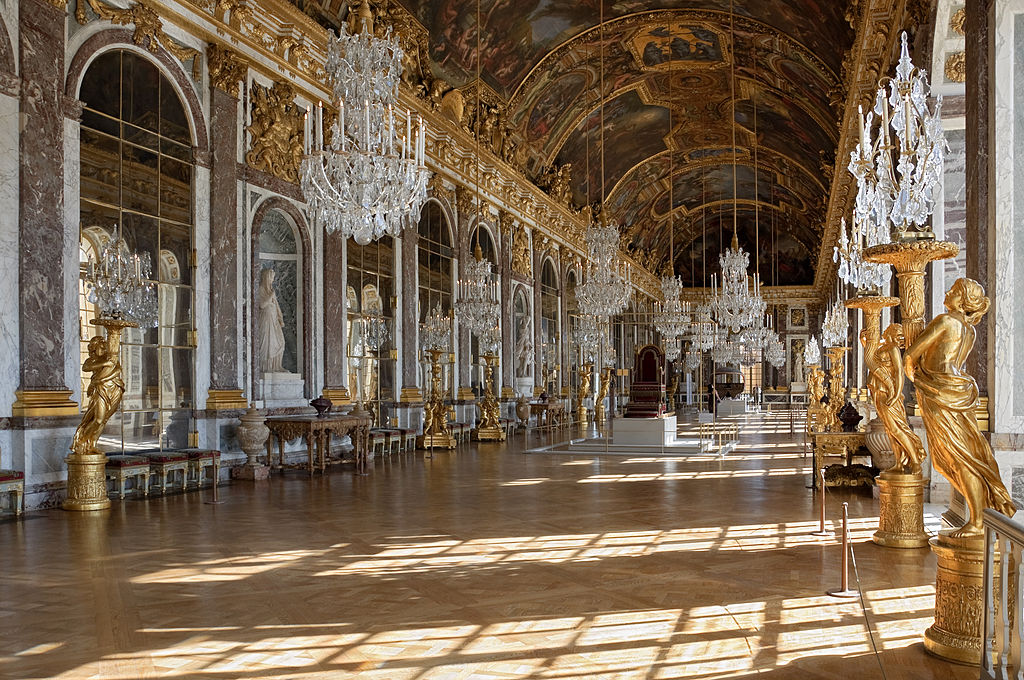 Louis XIV eventually invited the higher French aristocrats to live at Versailles and wait upon him. And so Versailles was not just a place to live—it became the symbol of the French monarchy itself, and therefore everything about the decor had to speak of the power and accomplishments of the King. Every aspect of the King’s life (waking, eating, everything!) was thoroughly ritualized, convincing everyone there of the incredible majesty of the King. The thousands of people who lived at Versailles also required entertainment, and so Versailles also became the seat of lavish spectacles including ballets, balls, hunts and receptions, all presided over by the King.