LGBT Rights and the AIDS Crisis

The AIDS crisis of the 1980s led to increasing stigma against the lesbian, gay, bisexual, and transgender (LGBT) community, who in turn protested with political art and activism.

The LGBT community responded to the AIDS crisis by organizing, engaging in direct actions, staging protests, and creating political art. Some of the earliest attempts to bring attention to the new disease were staged by the Sisters of Perpetual Indulgence, a protest and street performance organization that uses drag and religious imagery to call attention to sexual intolerance and satirize issues of gender and morality. At the group’s inception in 1979, a small group of gay men in San Francisco began wearing the attire of nuns in visible situations, using high camp to draw attention to social conflicts and problems in the Castro District.

One of their most enduring projects of the Sisters of Perpetual Indulgence is the NAMES Project AIDS Memorial Quilt, in which members who have died (referred to as “Nuns of the Above”) are immortalized. Created in the early 1990s, the quilt has frequently been flown around the United States for local displays. 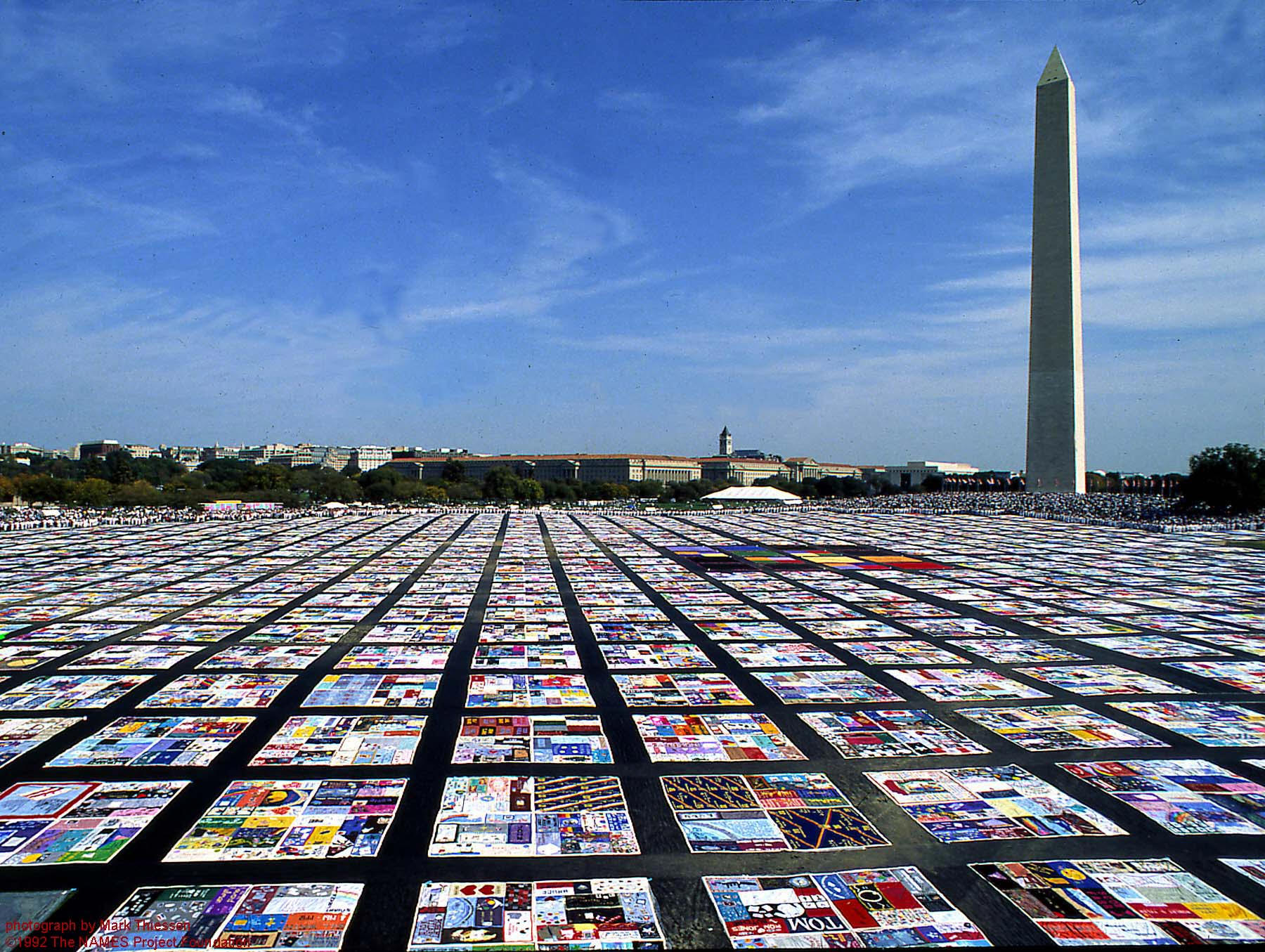