Toward the High Renaissance 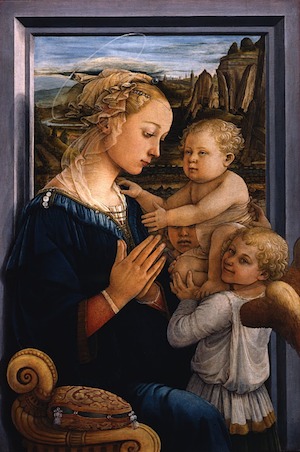 So, what exactly is the High Renaissance, and how is it different from the Early Renaissance? As the Humanism of the Early Renaissance grows, a problem begins to develop. Have a look again at Fra Filippo Lippi’s Madonna and Child with Angels (figure 1). We see in this painting an image of the Madonna and Christ Child that has become so real, the figures so human, that we can hardly tell that these are spiritual figures (except for the faint shadow of a halo). On the other hand, we have seen that in the Middle Ages, if you want to make your figure spiritual then you sacrifice its realism.

Its almost as if there is this feeling in the Early Renaissance that if you want to be spiritual, then your painting can’t look real, and if you want it to be real, then it loses some spirituality. It has to be one or the other. Well, Leonardo da Vinci comes along, and basically says—you don’t have to make that choice. It’s not either/or. Leonardo is able to create figures who are physical and real—just as real as Lippi’s or Masaccio’s figures and yet they have an undeniable and intense spirituality at the same time. So we can say that Leonardo unites the real and spiritual, or soul and substance.

The best way to see this is in the Baptism of Christ by Verrocchio (figure 2), who Leonardo was apprenticed to when he was young. 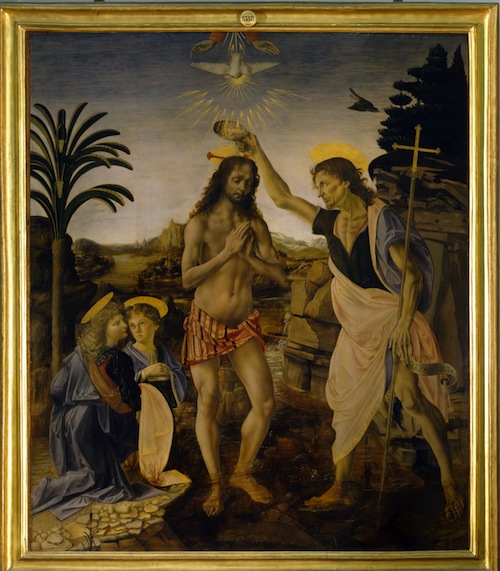 Verocchio asked Leonardo to paint one of the angels in his paining of the Baptism of Christ, that we see here. Can you tell which angel is Leonardo’s? 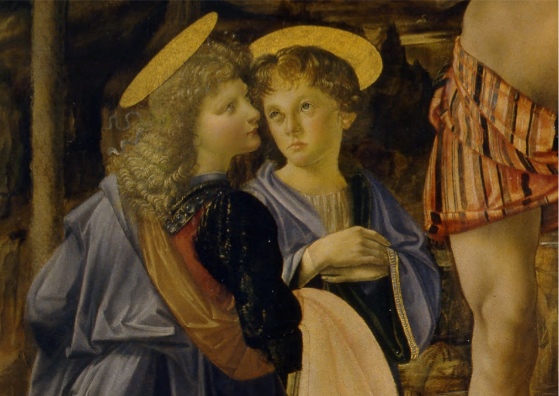 It’s the angel on the left. Leonardo’s angel is ideally beautiful and moves in a graceful and complex way, twisting to the left but raising her head up and to the right. Figures that are elegant and ideally beautiful are a key characteristic of the High Renaissance.