Why It Matters: Chi-Square Tests

In this module, Chi-Square Tests, we again focus on inference with categorical variables. We learn three new hypothesis tests, two of which are an extension of hypothesis tests about proportions that we learned in the modules Inference for One Proportion and Inference for Two Proportions. This module does not focus on estimating a parameter, so there is nothing about confidence intervals in this module.

Here is the Big Picture of Statistics with the new material for Chi-Square Tests highlighted in purple. 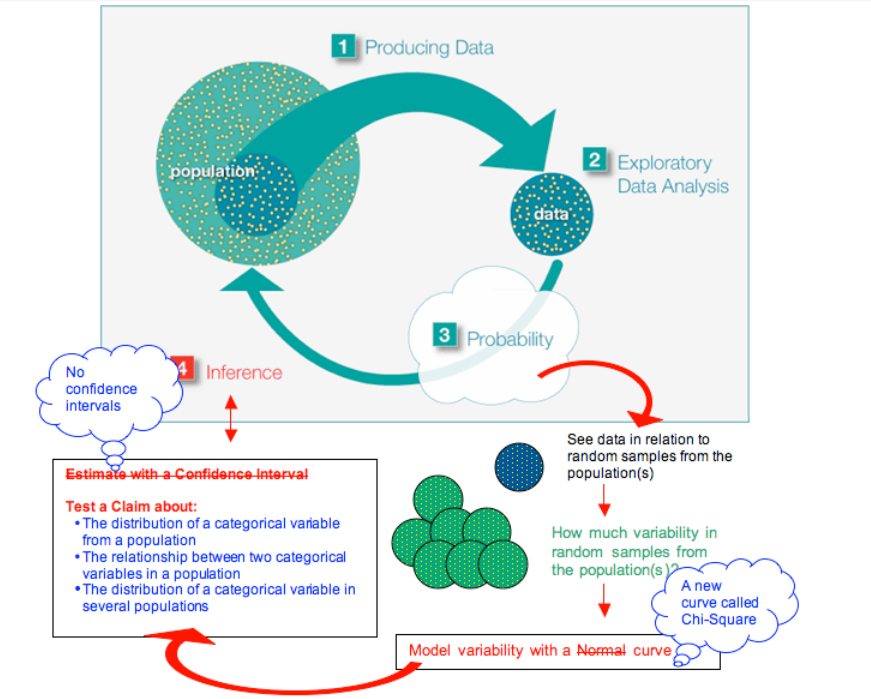 Following are examples of research questions that procedures in this module can address:

Goodness-of-Fit Test: Test a claim about the distribution of a categorical variable in a population.

Test of Independence: Test a claim about the relationship between two categorical variables in a population.

Test of Homogeneity: Test a claim about the distribution of a categorical variable in several populations.