Why It Matters: Types of Statistical Studies and Producing Data

We organized this course around the Big Picture of Statistics. As we learn new material, we will always look at how these new ideas relate to the Big Picture. In this way the Big Picture is a diagram that will help us organize and understand the material we will learn throughout the course.

The Big Picture summarizes the steps in a statistical investigation.

The population is the entire group that we want to know something about: 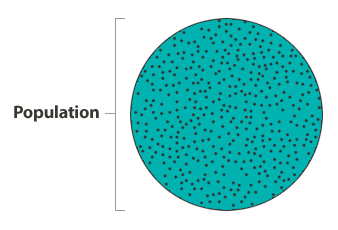 Of course, we need a sample that represents the population well. This involves careful planning but also involves chance. For example, if our goal is to determine the percentage of U.S. adults who favor the death penalty, we do not want our sample to contain only Democrats or only Republicans. So we can give everyone the same opportunity to be in the sample, but we will let chance select the sample.

At this step of the investigation we also carefully define what kind of information we plan to gather. Then we collect the data.

Data is often a long list of information. To make sense of the data, we explore it and summarize it using graphs and different numerical measures, such as percentages or averages. We call this step exploratory data analysis. 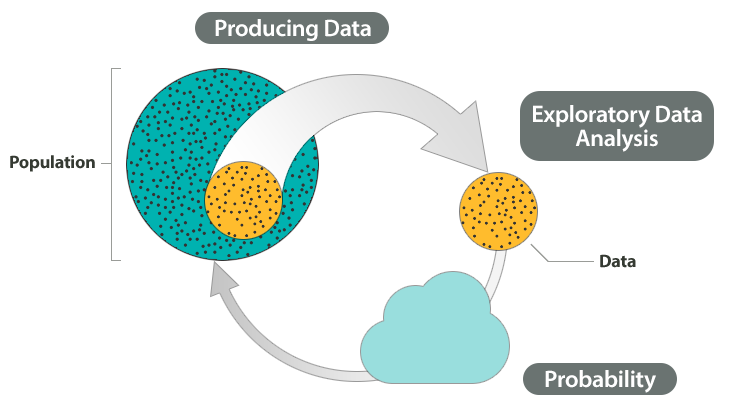 Probability is the “machinery” behind the last step in the process called inference. We infer something about a population based on a sample. This inference is the conclusion we reach from our sample data that answers our original question about the population. 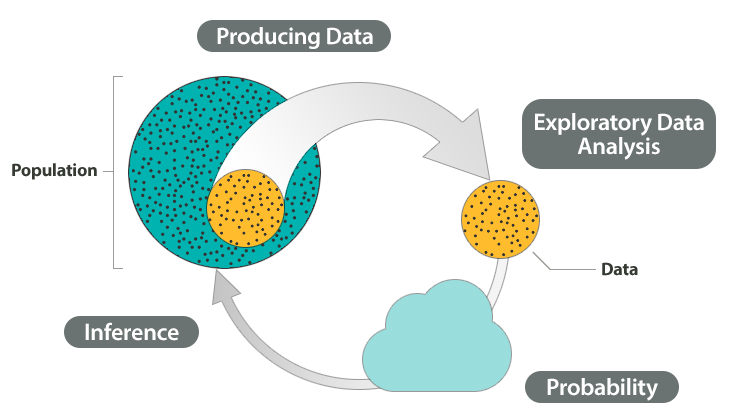 Example – The big picture of statistics 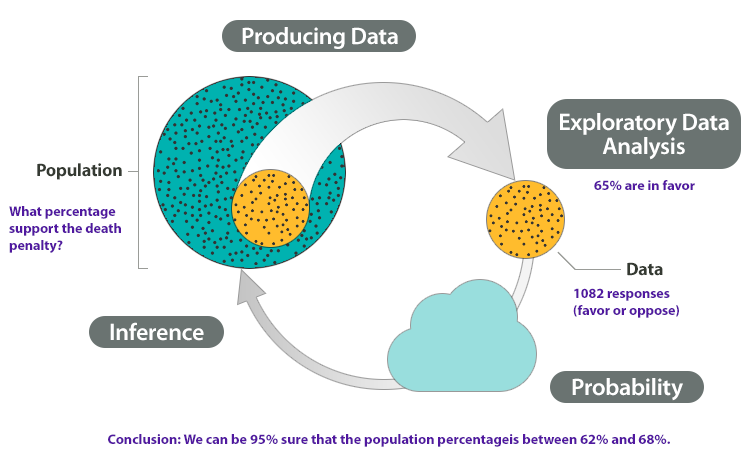