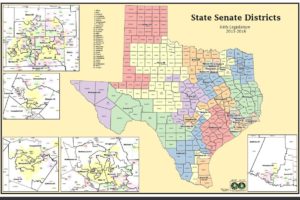 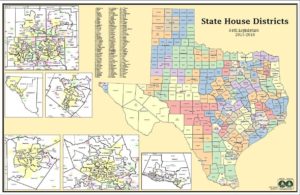 The redistricting process in Texas is as follows:

Texas Legislature uses biennial sessions which means they meet every two years on odd numbered years, for 140 days. The Governor has the power to call a special session outside of the “140 days.” Texas Legislature has two presiding officers: The Lieutenant Governor (currently Dan Patrick), who is elected by Texans, presides over the Texas Senate. The Speaker of the House (currently Joe Straus), is elected by members of the Texas House of Representatives, presides over the lower house. [5].

Qualifications to become a member of Texas Legislature

The following are the legal requirements in order for someone to meet the qualifications to become a member of the Texas Legislature. Texas legislators receive an annual salary of $7,200, plus a per diem of $190 for every day they are in session [6]: