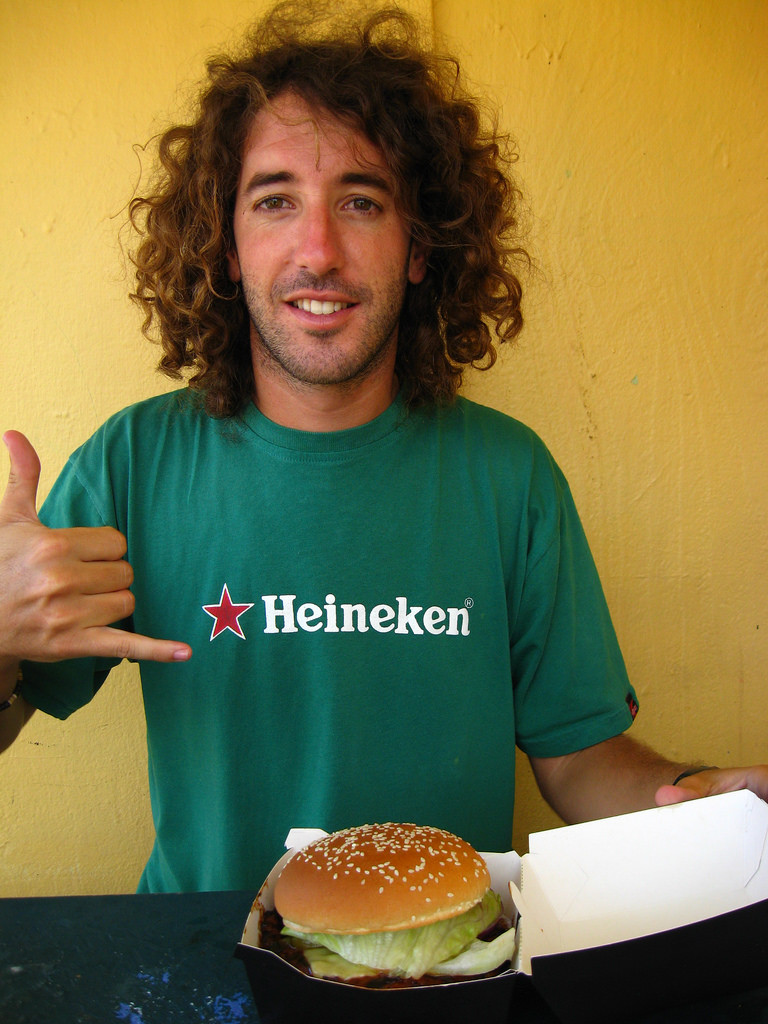 For most of us, the idea of scarcity and trade-offs is something we experience in a very real way when it comes to our own budget constraints. Most of us have a limited amount of money to spend on the things we need and want. Another kind of budget constraint is time. For instance, as a student, you only have twenty-four hours in the day to study, eat, sleep, and check Facebook. An hour spent studying economics is an hour that can’t be used for sleep or play (or something else). As a result, you have to make choices and trade-offs.

In economics, a budget constraint refers to all possible combinations of goods that someone can afford, given the prices of goods, when all income (or time) is spent.

Take the following example of someone who must choose between two different goods: Charlie has $10 in spending money each week that he can allocate between bus tickets for getting to work and the burgers he eats for lunch. Burgers cost $2 each, and bus tickets are 50 cents each. Figure 1, below, shows Charlie’s budget constraint ($10) and all the possible combinations of burgers and bus tickets he can afford if he spends all his money. 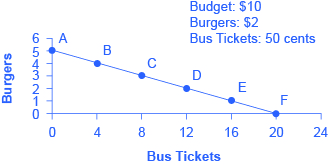 The vertical axis in the figure shows burger purchases, and the horizontal axis shows bus ticket purchases. If Charlie spends all his money on burgers, he can afford five per week. ($10 per week/$2 per burger = 5 burgers per week.) But if he does this, he won’t be able to afford any bus tickets. This choice (zero bus tickets and 5 burgers) is shown by point A in the figure. Alternatively, if Charlie spends all his money on bus tickets, he can afford 20 per week. ($10 per week/$0.50 per bus ticket = 20 bus tickets per week.) Then, however, he will not be able to afford any burgers. This alternative choice (20 bus tickets and zero burgers) is shown by point F. The slope of the budget constraint is determined by the relative price of burgers and bus tickets.

If Charlie is like most people, he will choose some combination that includes both bus tickets and burgers—that is, he will choose one of the points along the budget-constraint line that connects points A and F. Each point inside or on the budget constraint shows a combination of burgers and bus tickets that Charlie can afford. (A point inside the curve is definitely an option—it just means that Charlie isn’t spending all his money.) Keep in mind that the curve represents the maximum number of burgers and bus tickets he can buy. Any point outside the constraint is not affordable, because it would cost more money than Charlie has in his budget.

The budget constraint clearly shows the trade-off Charlie faces in choosing between burgers and bus tickets. Suppose he is currently at point D, where he can afford 12 bus tickets and 2 burgers. What would it cost Charlie for one more burger? It would be natural to answer $2, but that’s not the way economists think. Instead, they ask: How many bus tickets would Charlie have to give up to get one more burger, while staying within his budget? The answer is four bus tickets. That is the true cost to Charlie of one more burger.

A budget-constraint diagram like the one above, with just two goods—burgers and bus tickets—is simple and not very realistic. After all, in an economy like ours (and Charlie’s), people choose from thousands of goods. However, economists use graphs and models to illustrate that every choice has an opportunity cost, which is the point that carries over to the real world. 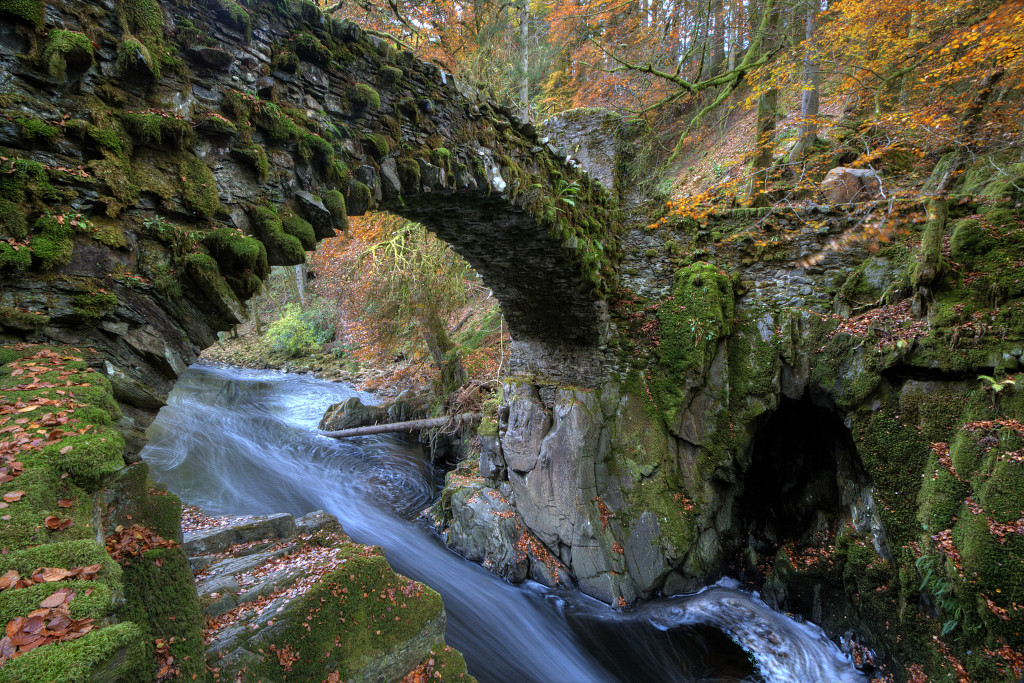