Employee rights is defined as the ability to receive fair treatment from employers. This section will discuss employee rights surrounding job protection and privacy.

If HR doesn’t understand or properly manage employee rights, lawsuits are sure to follow. It’s the HR professional’s job to understand and protect the rights of employees. In the United States, the employment-at-will principle (EAW) is the right of an employer to fire an employee or an employee to leave an organization at any time, without any specific cause. The EAW principle gives both the employee and employer freedom to terminate the relationship at any time. There are three main exceptions to this principle, and whether they are accepted is up to the various states:

Employees also have job protection if they engage in whistleblowing. Whistleblowing refers to an employee’s telling the public about ethical or legal violations of his or her organization. This protection was granted in 1989 and extended through the Sarbanes-Oxley Act of 2002. Many organizations create whistleblowing policies and a mechanism to report illegal or unethical practices within the organization (Lilanthi Ravishankar, “Encouraging Internal Whistle Blowing,” Santa Clara University, accessed March 15, 2011).

Another consideration for employee job protection is that of an implied contract. It is in the best interest of HR professionals and managers alike to avoid implying an employee has a contract with the organization. In fact, many organizations develop employment-at-will policies and ask their employees to sign these policies as a disclaimer for the organization.

A constructive discharge means the employee resigned, but only because the work conditions were so intolerable that he or she had no choice. For example, if James is being sexually harassed at work, and it is so bad he quits, he would need to prove not only the sexual harassment but that it was so bad it required him to quit. This type of situation is important to note; should James’s case go to court and sexual harassment and constructive discharge are found, James may be entitled to back pay and other compensation.

The Worker Adjustment and Retraining Notification Act (WARN) requires organizations with more than one hundred employees to give employees and their communities at least sixty days’ notice of closure or layoff affecting fifty or more full-time employees. This law does not apply in the case of unforeseeable business circumstances. If an employer violates this law, it can be subject to back pay for employees (US Department of Labor, “WARN Fact Sheet,” accessed March 15, 2011). This does not include workers who have been with the organization for less than six months, however.

Retaliatory discharge means punishment of an employee for engaging in a protected activity, such as filing a discrimination charge or opposing illegal employer practices. For example, it might include poor treatment of an employee because he or she filed a workers’ compensation claim. Employees should not be harassed or mistreated should they file a claim against the organization.

Technology makes it possible to more easily monitor aspects of employees’ jobs, although a policy on this subject should be considered before implementing it. In regard to privacy, there is a question about whether an employer should be allowed to monitor an employee’s online activities. This may include work e-mail, websites visited using company property, and also personal activity online.

Digital Footprints, Inc. is a company that specializes in tracking the digital movements of employees and can provide reports to the organization by tracking these footprints. This type of technology might look for patterns, word usage, and other communication patterns between individuals. This monitoring can be useful in determining violations of workplace policies, such as sexual harassment. This type of software and management can be expensive, so before launching it, it’s imperative to address its value in the workplace.

Another privacy concern can include monitoring of employee postings on external websites. Companies such as Social Sentry, under contract, monitor employee postings on sites such as Facebook, Twitter, LinkedIn, and YouTube (Teneros Corporation, “Social Sentry Lets Employers Track Their Workers across the Internet,” accessed March 17, 2011). Lawyers warn, however, that this type of monitoring should only be done if the employee has consented (People Management, “Employers Should Have Monitoring Policy for Social Networks,” accessed March 17, 2011). A monitoring company isn’t always needed to monitor employees’ movements on social networking. And sometimes employees don’t even have to tweet something negative about their own company to lose their job. A case in point is when Chadd Scott, who does Atlanta sports updates for 680/The Fan, was fired for tweeting about Delta Airlines. In his tweet, he complained about a Delta delay and said they did not have enough de-icing fluid. Within a few hours, he was fired from his job, because Delta was a sponsor of 680/The Fan (Rodney Ho, “Chadd Scott Said He Was Fired for Tweets about Delta,” Access Atlanta (blog), accessed March 16, 2011).

The US Patriot Act also includes caveats to privacy when investigating possible terrorist activity. The Patriot Act requires organizations to provide private employee information when requested. Overall, it is a good idea to have a clear company policy and perhaps even a signed waiver from employees stating they understand their activities may be monitored and information shared with the US government under the Patriot Act.

Depending on the state in which you live, employees may be given to see their personnel files and the right to see and correct any incorrect information within their files. Medical or disability information should be kept separate from the employee’s work file, per the Americans with Disabilities Act. In addition, the Health Insurance Portability and Accountability Act (HIPAA) mandates that health information should be private, and therefore it is good practice to keep health information in a separate file as well.

Finally, drug testing and the right to privacy is a delicate balancing act. Organizations that implement drug testing often do so for insurance or safety reasons. Because of the Drug-Free Workplace Act of 1988Requires that some federal contractors and all federal grantees agree they will provide a drug-free workplace as a condition of obtaining a contract., some federal contractors and all federal grantees must agree they will provide a drug-free workplace, as a condition of obtaining the contract. The ADA does not view testing for illegal drug use as a medical examination (making them legal), and people using illegal drugs are not protected under the ADA (US Equal Employment Opportunity Commission, “The ADA, Your Responsibilities as an Employer,” accessed August 1, 2011). However, people covered under ADA laws are allowed to take medications directly related to their disability. In a recent case, Bates v. Dura Automotive Systems, an auto parts manufacturer had a high accident rate and decided to implement drug testing to increase safety. Several prescription drugs were banned because they were known to cause impairment. The plaintiffs in the case had been dismissed from their jobs because of prescription drug use, and they sued, claiming the drug-testing program violated ADA laws (Jackson lewis, “Employees’ ADA Claims on Prescription-Drug-Use Dismissals Rejected by Federal Court,” December 1, 2010, accessed August 1, 2011). However, the Sixth Circuit Court reversed the case because the plaintiffs were not protected under ADA laws (they did not have a documented disability).

In organizations where heavy machinery is operated, a monthly drug test may be a job requirement. In fact, under the Omnibus Transportation Employee Testing Act of 1991, employers are legally required to test for drugs in transportation-related businesses such as airlines, railroads, trucking, and public transportation, such as bus systems. Medical marijuana is a relatively new issue that is still being addressed in states that allow its use. For example, if the company requires a drug test and the employee shows positive for marijuana use, does asking the employee to prove it is being used for medical purposes violate HIPAA privacy laws? This issue is certainly one to watch over the coming years. 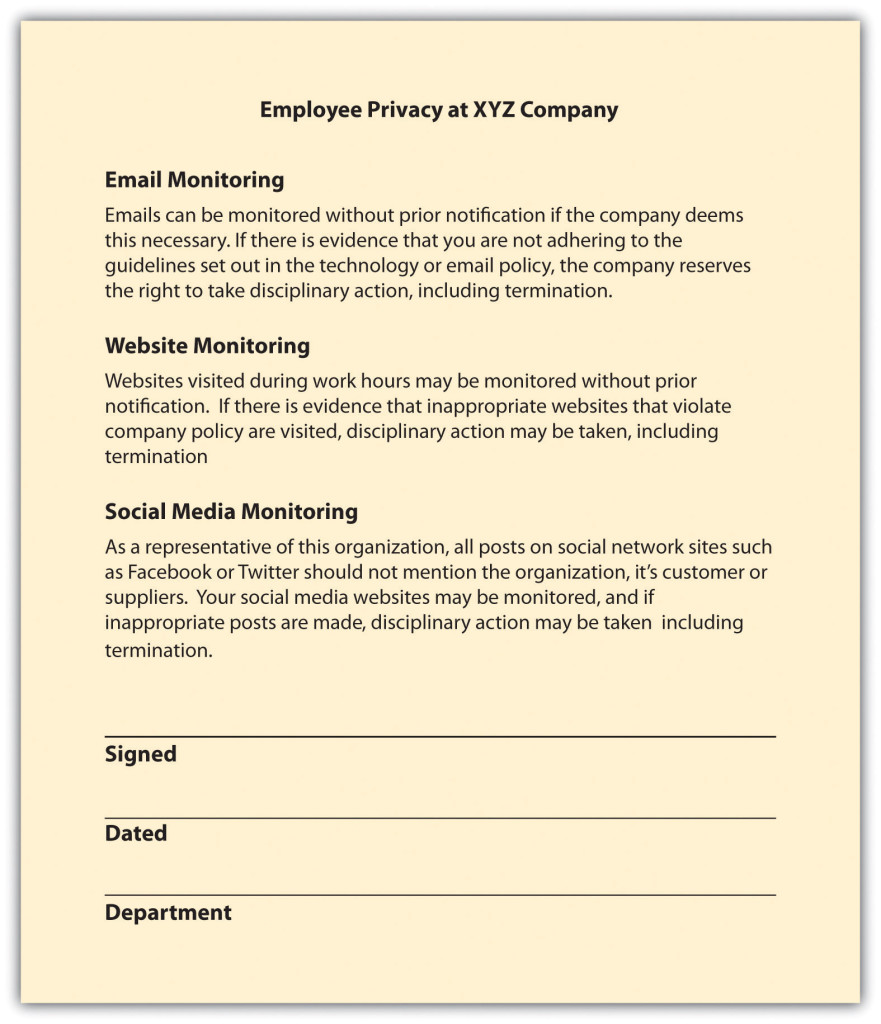