Reading: How Economies Can Be Organized

Think about what a complex system a modern economy is. It includes all production of goods and services, all buying and selling, all employment. The economic life of every individual is interrelated, at least to a small extent, with the economic lives of thousands or even millions of other individuals. Who organizes and coordinates this system? Who ensures that, for example, the number of televisions a society provides is the same as the amount it needs and wants? Who ensures that the right number of employees work in the electronics industry? Who ensures that televisions are produced in the best way possible? How does it all get done?

There are at least three ways societies have found to organize an economy. The first is the traditional economy, which is the oldest economic system and can be found in parts of Asia, Africa, and South America. Traditional economies organize their economic affairs the way they have always done (i.e., tradition). Occupations stay in the family. Most families are farmers who grow the crops they have always grown using traditional methods. What you produce is what you get to consume. Because things are driven by tradition, there is little economic progress or development. 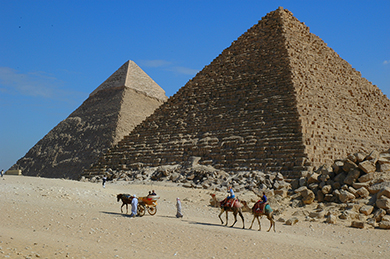 Command economies are very different. In a command economy, economic effort is devoted to goals passed down from a ruler or ruling class. Ancient Egypt was a good example: a large part of economic life was devoted to building pyramids, like those shown in Figure 1, for the pharaohs. Medieval manor life is another example: the lord provided the land for growing crops and protection in the event of war. In return, vassals provided labor and soldiers to do the lord’s bidding. In the last century, there were two primary examples of command economies: socialism and communism.

Another type of command economy is socialism. Under socialism, industries that provide essential services, such as utilities, banking, and health care, may be government owned. Other businesses are owned privately. Central planning allocates the goods and services produced by government-run industries and tries to ensure that the resulting wealth is distributed equally. In contrast, privately owned companies are operated for the purpose of making a profit for their owners. In general, workers in socialist economies work fewer hours, have longer vacations, and receive more health, education, and child-care benefits than do workers in capitalist economies. To offset the high cost of public services, taxes are generally steep. Examples of socialist countries include Sweden and France. 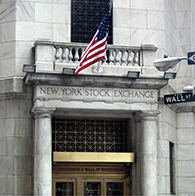 Unlike command economies, market economies have a very decentralized structure. A market is an institution that brings together buyers and sellers of goods or services, who may be either individuals or businesses. The New York Stock Exchange, shown in Figure 2, is a prime example of a market in which buyers and sellers are brought together. In a market economy, decision-making is decentralized. Market economies are based on private enterprise: the means of production (resources and businesses) are owned and operated by private individuals or groups of private individuals. Businesses supply goods and services based on demand. (In a command economy, by contrast, resources and businesses are owned by the government.) A person’s income is based on his or her ability to convert resources (especially labor) into something that society values. The more society values the person’s output, the higher the income (think Lady Gaga or LeBron James). In this scenario, economic decisions are determined by market forces, not governments.

Though it’s possible to have a pure communist system, or a pure capitalist (free market) system, in reality many economic systems are mixed. A mixed market economy relies on both markets and the government to allocate resources. We’ve already seen that this is what happens in socialist economies in which the government controls selected major industries, such as transportation and health care, while allowing individual ownership of other industries. Even previously communist economies, such as those of Eastern Europe and China, are becoming more mixed as they adopt capitalistic characteristics and convert businesses previously owned by the government to private ownership through a process called privatization.

In comparing economic systems, it’s helpful to think of a continuum with communism at one end and pure capitalism at the other, as in Figure 3. As you move from left to right, the amount of government control over business diminishes. So, too, does the level of social services, such as health care, child-care services, social security, and unemployment benefits. Most economies in the real world are mixed; they combine elements of command and market (and even traditional) systems. The U.S. economy is positioned toward the market-oriented end of the spectrum. Many countries in Europe and Latin America, while primarily market-oriented, have a greater degree of government involvement in economic decisions than does the U.S. economy. China and Russia, while they are closer to having a market-oriented system now than several decades ago, remain closer to the command economy end of the spectrum.

Figure 3. The Spectrum of Economic Systems