How does a cell use the information in its DNA?

To transcribe means “to paraphrase or summarize in writing.” The information in DNA is transcribed—or summarized—into a smaller version (RNA) that can be used by the cell. This process is called transcription.

The process in which cells make proteins is called protein synthesis. It actually consists of two processes: transcription and translation. Transcription takes place in the nucleus. It uses DNA as a template to make an RNA molecule. RNA then leaves the nucleus and goes to a ribosome in the cytoplasm, where translation occurs. Translation reads the genetic code in mRNA and makes a protein.

Transcription is the first part of the central dogma of molecular biology: DNA → RNA. It is the transfer of genetic instructions in DNA to messenger RNA (mRNA). During transcription, a strand of mRNA is made that is complementary to a strand of DNA. Figure 1 shows how this occurs. 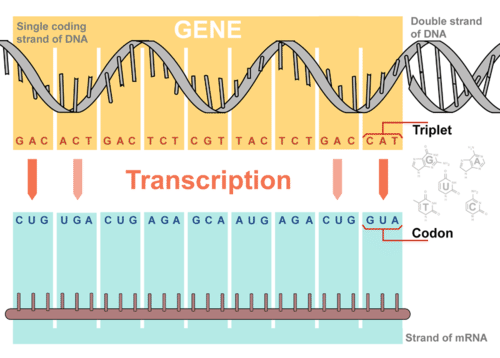 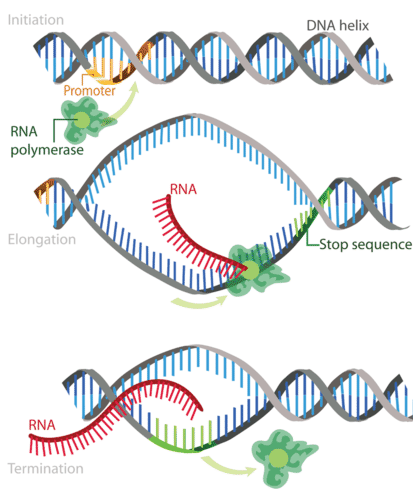