Module 2: The Chemical Foundation of Life

The Building Blocks of Molecules

At its most fundamental level, life is made up of matter. Matter occupies space and has mass. All matter is composed of elements, substances that cannot be broken down or transformed chemically into other substances. Each element is made of atoms, each with a constant number of protons and unique properties. A total of 118 elements have been defined; however, only 92 occur naturally, and fewer than 30 are found in living cells. The remaining 26 elements are unstable and, therefore, do not exist for very long or are theoretical and have yet to be detected.

Each element is designated by its chemical symbol (such as H, N, O, C, and Na), and possesses unique properties. These unique properties allow elements to combine and to bond with each other in specific ways. 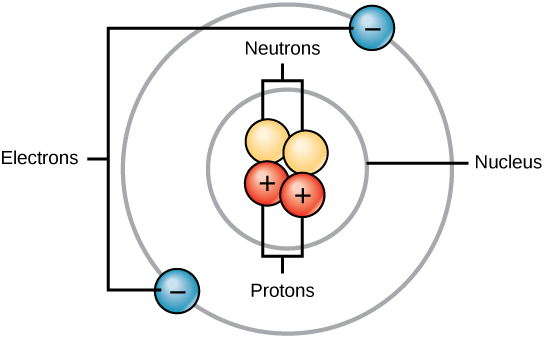 Figure 1. Atoms are made up of protons and neutrons located within the nucleus, and electrons surrounding the nucleus.

All atoms contain protons, electrons, and neutrons (Figure 1). The only exception is hydrogen (H), which is made of one proton and one electron. A proton is a positively charged particle that resides in the nucleus (the core of the atom) of an atom and has a mass of 1 and a charge of +1. An electron is a negatively charged particle that travels in the space around the nucleus. In other words, it resides outside of the nucleus. It has a negligible mass and has a charge of –1.

Neutrons, like protons, reside in the nucleus of an atom. They have a mass of 1 and no charge. The positive (protons) and negative (electrons) charges balance each other in a neutral atom, which has a net zero charge.

These numbers provide information about the elements and how they will react when combined. Different elements have different melting and boiling points, and are in different states (liquid, solid, or gas) at room temperature. They also combine in different ways. Some form specific types of bonds, whereas others do not. How they combine is based on the number of electrons present. Because of these characteristics, the elements are arranged into the periodic table of elements, a chart of the elements that includes the atomic number and relative atomic mass of each element. The periodic table also provides key information about the properties of elements (Figure 2)—often indicated by color-coding. The arrangement of the table also shows how the electrons in each element are organized and provides important details about how atoms will react with each other to form molecules. 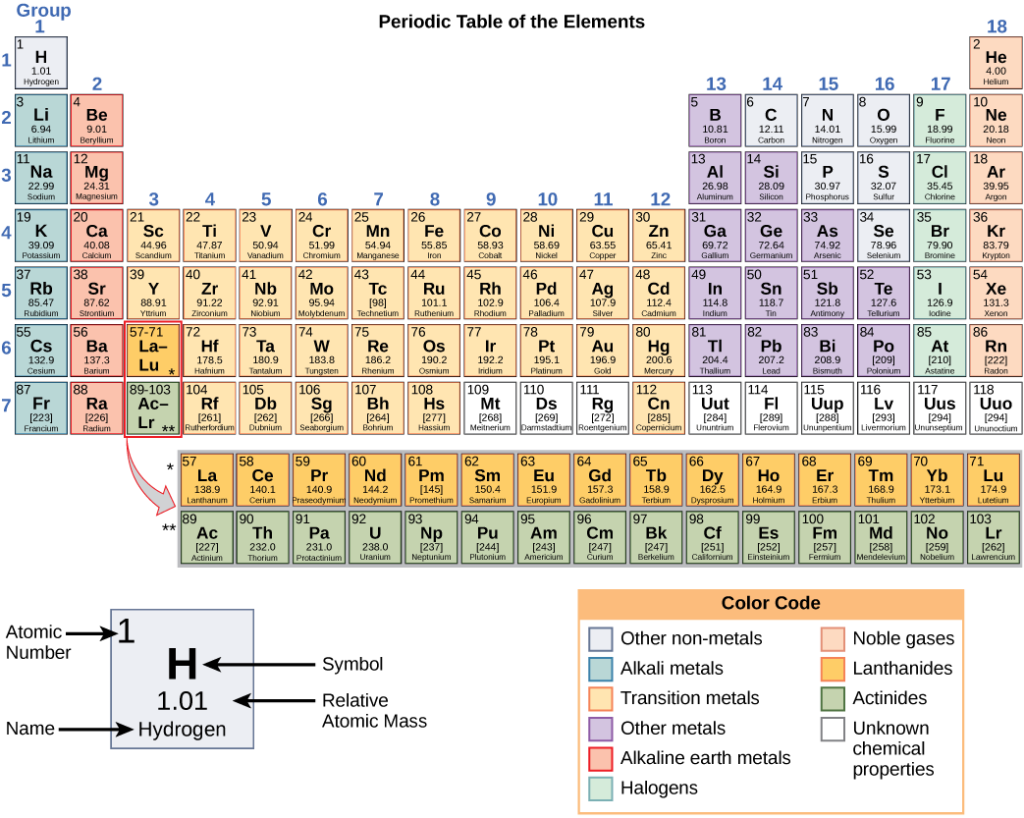 How many neutrons do (K) potassium-39 and potassium-40 have, respectively? 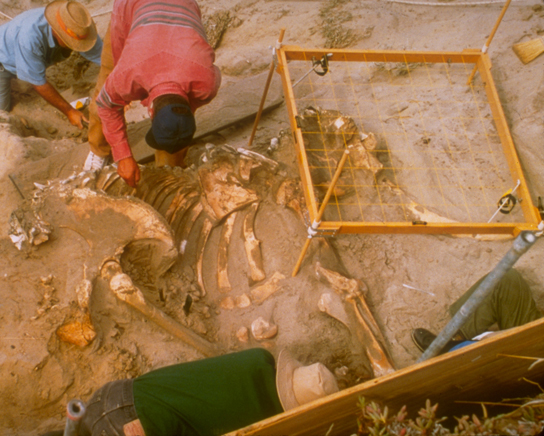 Figure 3. The age of remains that contain carbon and are less than about 50,000 years old, such as this pygmy mammoth, can be determined using carbon dating. (credit: Bill Faulkner/NPS)

Carbon-14 (14C) is a naturally occurring radioisotope that is created in the atmosphere by cosmic rays. This is a continuous process, so more 14C is always being created. As a living organism develops, the relative level of 14C in its body is equal to the concentration of 14C in the atmosphere. When an organism dies, it is no longer ingesting 14C, so the ratio will decline. 14C decays to 14N by a process called beta decay; it gives off energy in this slow process.

After approximately 5,730 years, only one-half of the starting concentration of 14C will have been converted to 14N. The time it takes for half of the original concentration of an isotope to decay to its more stable form is called its half-life. Because the half-life of 14C is long, it is used to age formerly living objects, such as fossils. Using the ratio of the 14C concentration found in an object to the amount of 14C detected in the atmosphere, the amount of the isotope that has not yet decayed can be determined. Based on this amount, the age of the fossil can be calculated to about 50,000 years (Figure 3). Isotopes with longer half-lives, such as potassium-40, are used to calculate the ages of older fossils. Through the use of carbon dating, scientists can reconstruct the ecology and biogeography of organisms living within the past 50,000 years.

This simulation shows you more about atoms and isotopes, and how you can tell one isotope from another.

How elements interact with one another depends on how their electrons are arranged and how many openings for electrons exist at the outermost region where electrons are present in an atom. Electrons exist at energy levels that form shells around the nucleus. The closest shell can hold up to two electrons. The closest shell to the nucleus is always filled first, before any other shell can be filled. Hydrogen has one electron; therefore, it has only one spot occupied within the lowest shell. Helium has two electrons; therefore, it can completely fill the lowest shell with its two electrons. If you look at the periodic table, you will see that hydrogen and helium are the only two elements in the first row. This is because they only have electrons in their first shell. Hydrogen and helium are the only two elements that have the lowest shell and no other shells.

The second and third energy levels can hold up to eight electrons. The eight electrons are arranged in four pairs and one position in each pair is filled with an electron before any pairs are completed.

Looking at the periodic table again (Figure 2), you will notice that there are seven rows. These rows correspond to the number of shells that the elements within that row have. The elements within a particular row have increasing numbers of electrons as the columns proceed from left to right. Although each element has the same number of shells, not all of the shells are completely filled with electrons. If you look at the second row of the periodic table, you will find lithium (Li), beryllium (Be), boron (B), carbon (C), nitrogen (N), oxygen (O), fluorine (F), and neon (Ne). These all have electrons that occupy only the first and second shells. Lithium has only one electron in its outermost shell, beryllium has two electrons, boron has three, and so on, until the entire shell is filled with eight electrons, as is the case with neon.

Not all elements have enough electrons to fill their outermost shells, but an atom is at its most stable when all of the electron positions in the outermost shell are filled. Because of these vacancies in the outermost shells, we see the formation of chemical bonds, or interactions between two or more of the same or different elements that result in the formation of molecules. To achieve greater stability, atoms will tend to completely fill their outer shells and will bond with other elements to accomplish this goal by sharing electrons, accepting electrons from another atom, or donating electrons to another atom. Because the outermost shells of the elements with low atomic numbers (up to calcium, with atomic number 20) can hold eight electrons, this is referred to as the octet rule. An element can donate, accept, or share electrons with other elements to fill its outer shell and satisfy the octet rule. 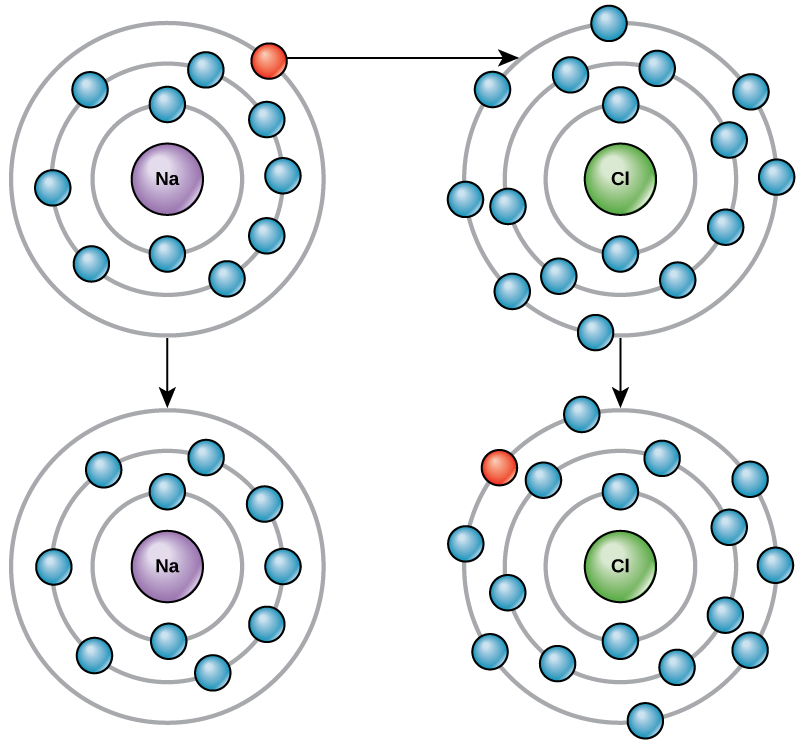 Figure 4. Elements tend to fill their outermost shells with electrons. To do this, they can either donate or accept electrons from other elements.

For example, sodium only has one electron in its outermost shell. It takes less energy for sodium to donate that one electron than it does to accept seven more electrons to fill the outer shell. If sodium loses an electron, it now has 11 protons and only 10 electrons, leaving it with an overall charge of +1. It is now called a sodium ion.

There are four types of bonds or interactions: ionic, covalent, hydrogen bonds, and van der Waals interactions. Ionic and covalent bonds are strong interactions that require a larger energy input to break apart. When an element donates an electron from its outer shell, as in the sodium atom example above, a positive ion is formed. The element accepting the electron is now negatively charged. Because positive and negative charges attract, these ions stay together and form an ionic bond, or a bond between ions. The elements bond together with the electron from one element staying predominantly with the other element. When Na+ and Cl– ions combine to produce NaCl, an electron from a sodium atom stays with the other seven from the chlorine atom, and the sodium and chloride ions attract each other in a lattice of ions with a net zero charge.

In a polar covalent bond, the electrons shared by the atoms spend more time closer to one nucleus than to the other nucleus. Because of the unequal distribution of electrons between the different nuclei, a slightly positive (δ+) or slightly negative (δ–) charge develops. The covalent bonds between hydrogen and oxygen atoms in water are polar covalent bonds. The shared electrons spend more time near the oxygen nucleus, giving it a small negative charge, than they spend near the hydrogen nuclei, giving these molecules a small positive charge.

Ionic and covalent bonds are strong bonds that require considerable energy to break. However, not all bonds between elements are ionic or covalent bonds. Weaker bonds can also form. These are attractions that occur between positive and negative charges that do not require much energy to break. Two weak bonds that occur frequently are hydrogen bonds and van der Waals interactions. These bonds give rise to the unique properties of water and the unique structures of DNA and proteins.

Matter is anything that occupies space and has mass. It is made up of atoms of different elements. All of the 92 elements that occur naturally have unique qualities that allow them to combine in various ways to create compounds or molecules. Atoms, which consist of protons, neutrons, and electrons, are the smallest units of an element that retain all of the properties of that element. Electrons can be donated or shared between atoms to create bonds, including ionic, covalent, and hydrogen bonds, as well as van der Waals interactions.

2. Why are hydrogen bonds and van der Waals interactions necessary for cells?