Characteristics of a Corporation

Corporations are separate legal entities with a wide variety of legal, organizational, and operational characteristics.

Recognize the various facets of organizational requirements and characteristics

A corporation is legally recognized as a person and singular legal entity within the confines of the law, independent of any specific individual who may have started it. Corporations are started and maintained through legal registration and periodic upkeep, and have tax reporting responsibilities within the region in which they are registered.

Organizations can be publicly traded (and thus publicly owned) or privately held, as well as for profit or non profit. In the United States, a corporation is generally considered a larger business organization, though non-profits can still be similarly registered. Generally speaking, corporations interact with the broader economy through operations, profits, and taxes. 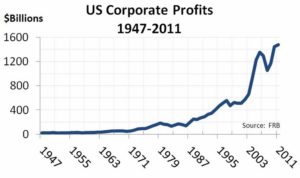 U.S. Corporate Profits: This chart illustrates the overall corporate profit over time in the U.S. 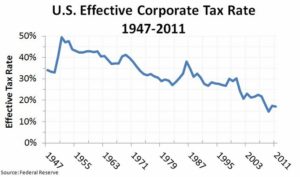 Corporate Tax Rate of Time (U.S.): This chart illustrates the effective corporate tax rate in the U.S. over time.

Corporations are, in theory, owned and controlled by members and shareholders. To simplify this logic a bit, if a company is owned equally by 5 different people, then each individual owns 20% of the value of the overall organization. As a result, ownership has a significant capital component. Organizations such as credit unions and cooperatives function in a  slightly different manner, where each additional member of the project may own equal shares regardless of capital inputs.

While larger, publicly traded organizations may be owned by hundreds of thousands of shareholders, it is common practice for members to elect a board of directors to oversee the actual running of the organization (two boards are elected in some countries: a managerial board and a supervisory board). The respective boards will oversee typical operations of the firm, and ensure that the best interests of the community and the owners are being upheld.

It’s worth noting what is traditionally required of an organization to become a corporation. In the United States, each state is different, but the following are common denominators:

Formation of the Corporation

Registration is the main prerequisite to a corporation’s assumption of limited liability.

Summarize the purpose of the articles of incorporation 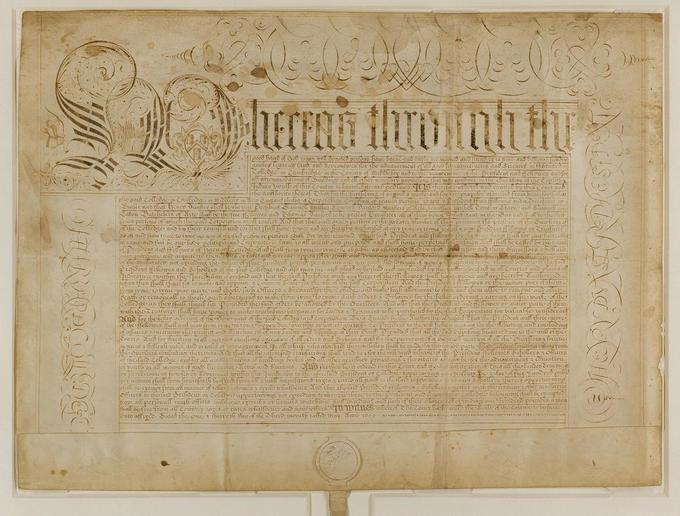 Registration is the main prerequisite to a corporation’s assumption of limited liability. The law sometimes requires the corporation to designate its principal address, as well as a registered agent (a person or company designated to receive legal service of process). It may also be required to designate an agent or other legal representative of the corporation.

The law of the jurisdiction in which a corporation operates will regulate most of its internal activities, as well as its finances. If a corporation operates outside its home state, it is often required to register with other governments as a foreign corporation, and is almost always subject to the laws of its host state pertaining to employment, crimes, contracts, civil actions, and the like.

Corporations generally have a distinct name. Historically, some corporations were named after their membership: for instance, “The President and Fellows of Harvard College. ” Nowadays, corporations in most jurisdictions have a distinct name that does not need to make reference to their membership. In Canada, this possibility is taken to its logical extreme: many smaller Canadian corporations have no names at all, merely numbers based on a registration number (for example, “12345678 Ontario Limited”), which is assigned by the provincial or territorial government where the corporation incorporates.

In most countries, corporate names include a term or an abbreviation that denotes the corporate status of the entity (for example, “Incorporated” or “Inc.” in the United States) or the limited liability of its members (for example, “Limited” or “Ltd.”). These terms vary by jurisdiction and language. In some jurisdictions they are mandatory, and in others they are not. Their use puts everybody on constructive notice that they are dealing with an entity whose liability is limited, and does not reach back to the persons who own the entity: one can only collect from whatever assets the entity still controls when one obtains a judgment against it.

Some jurisdictions do not allow the use of the word “company” alone to denote corporate status, as it may refer to a partnership or some other form of collective ownership (in the United States it can be used by a sole proprietorship but this is not generally the case elsewhere).

In many jurisdictions, corporations whose shareholders benefit from limited liability are required to publish annual financial statements and other data, so that creditors who do business with the corporation are able to assess the creditworthiness of the corporation and cannot enforce claims against shareholders. Shareholders, therefore, experience some loss of privacy in return for limited liability. This requirement generally applies in Europe, but not in Anglo-American jurisdictions, except for publicly traded corporations where financial disclosure is required for investor protection.