Modern architecture is a term applied to an overarching movement, with various definitions and scopes.

Describe the characteristics of modern architecture

Modern architecture is a term applied to an overarching movement, with various definitions and scopes. In a broad sense, early modern architecture began at the turn of the 20th century with efforts to reconcile the principles underlying architectural design with rapid technological advancement and the modernization of society. It would take the form of numerous movements, schools of design, and architectural styles, some in tension with one another, and often equally defying such classification. 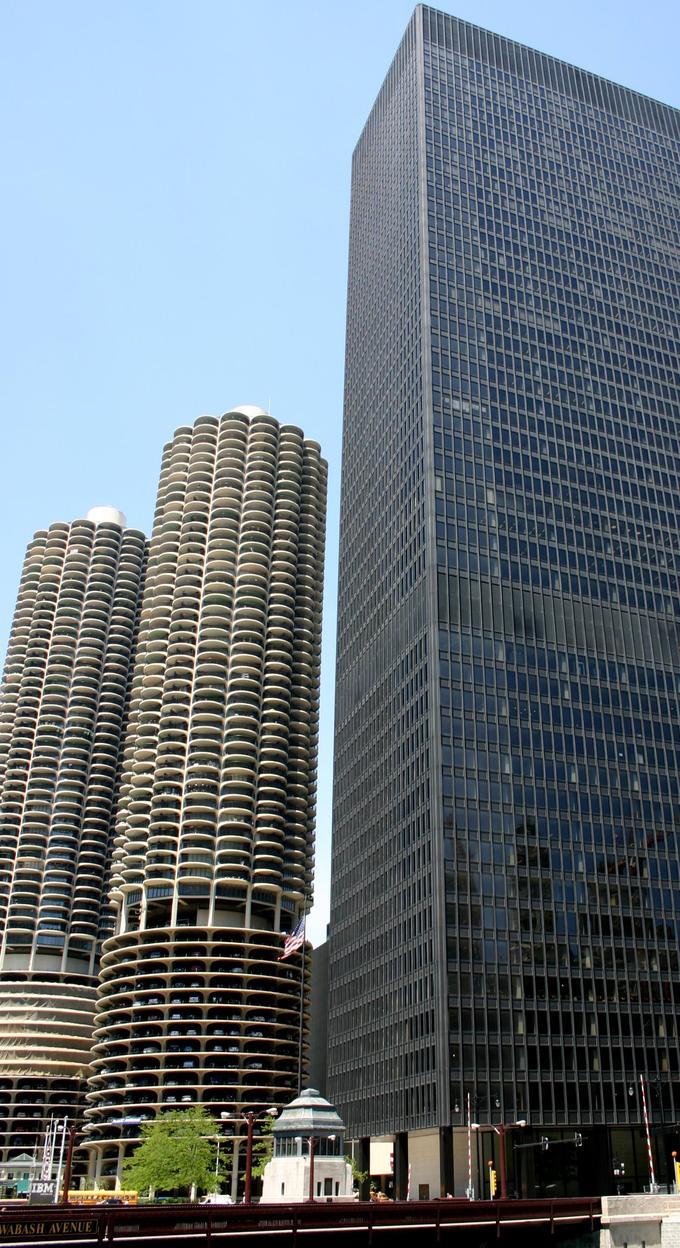 The concept of modernism would be a central theme in these efforts. Gaining popularity after World War II, architectural modernism was adopted by many influential architects and architectural educators and continues as a dominant architectural style for institutional and corporate buildings into the 21st century. Modernism eventually generated reactions, most notably postmodernism which sought to preserve premodern elements, while neomodernism emerged as a reaction to postmodernism.

The Crystal Palace, 1851, was one of the first buildings to have vast amounts of glass supported by structural metal, foreshadowing trends in modernist architecture.

There are multiple lenses through which the evolution of modern architecture may be viewed. Some historians see it as a social matter, closely tied to the project of modernity and thus the Enlightenment. Modern architecture developed, in their opinion, as a result of social and political revolutions. Others see Modern architecture as primarily driven by technological and engineering developments. Still other historians regard Modernism as a matter of taste, a reaction against eclecticism and the lavish stylistic excesses of Victorian and Edwardian architecture. 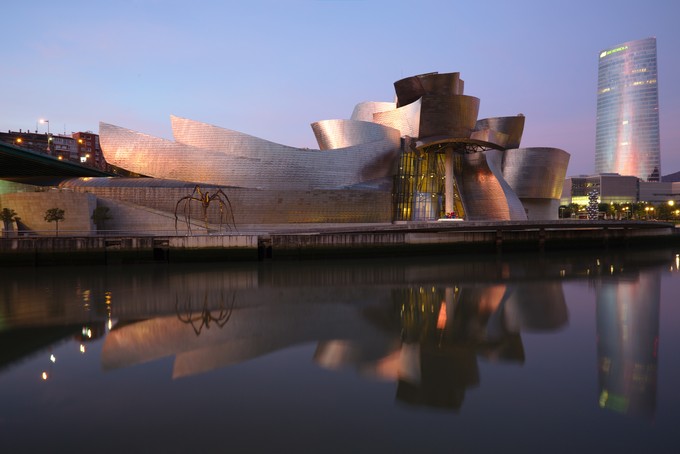 Much of Gehry’s work reflects a spirit of experimentation coupled with a respect for the demands of professional practice. With his earliest educational influences rooted in modernism, Gehry’s work has sought to escape modernist stylistic tropes while still remaining interested in some of its underlying transformative agendas. Continually working between given circumstances and unanticipated materializations, Gehry’s style works to disrupt expectations.

Ludwig Mies van der Rohe (March 27, 1886 – August 17, 1969) was a German-American architect. Along with Le Corbusier, Walter Gropius, and Frank Lloyd Wright, he is widely regarded as one of the pioneers of modern architecture.

Mies, like many of his post-World War I contemporaries, sought to establish a new architectural style that could represent modern times just as classical and gothic did for their eras. He created an influential 20th-century architectural style with extreme clarity and simplicity. His mature buildings made use of modern materials such as industrial steel and plate glass to define interior spaces. He strove toward architecture with a minimal framework of structural order balanced against the implied freedom of unobstructed free-flowing open space. He called his buildings “skin and bones” architecture. He sought an objective approach that would guide the creative process of architectural design, but he was always concerned with expressing the spirit of the modern era. He is often associated with his quotation of the aphorisms “less is more” and “God is in the details”.

Frank Lloyd Wright (born Frank Lincoln Wright, June 8, 1867 – April 9, 1959) was an American architect, interior designer, writer, and educator, who designed more than 1,000 structures, 532 of which were completed. Wright believed in designing structures that were in harmony with humanity and its environment, a philosophy he called organic architecture. This philosophy was best exemplified by Fallingwater (1935), which has been called “the best all-time work of American architecture”. Wright was a leader of the Prairie School movement of architecture and developed the concept of the Usonian home, his unique vision for urban planning in the United States. His creative period spanned more than 70 years. 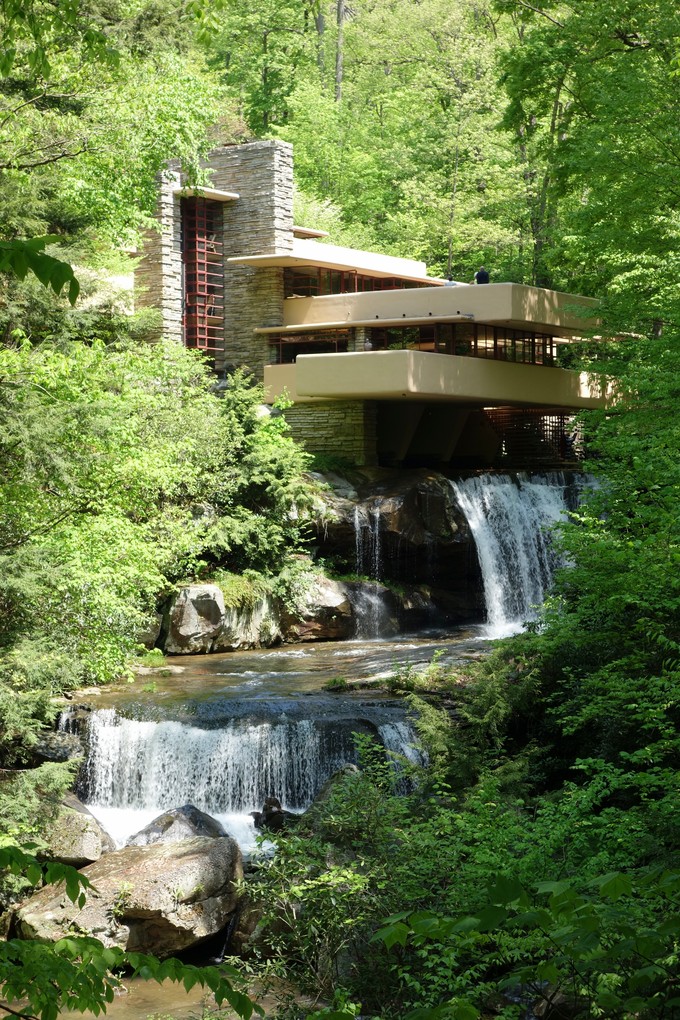 Frank Lloyd Wright, Fallingwater, 1936-39: Fallingwater stands as one of Wright’s greatest masterpieces, both for its dynamism and for its integration with the striking natural surroundings. It serves as a perfect example of his “organic” philosophy, whereby structures were designed in harmony with humanity and its environment.

Wright’s work includes original and innovative examples of many building types, including offices, churches, schools, skyscrapers, hotels, and museums. Wright also designed many of the interior elements of his buildings, such as the furniture and stained glass. Wright wrote 20 books and many articles and was a popular lecturer in the United States and in Europe. His colorful personal life often made headlines, most notably for the 1914 fire and murders at his Taliesin studio. Already well known during his lifetime, Wright was recognized in 1991 by the American Institute of Architects as “the greatest American architect of all time”.

In the United States

Wright’s Larkin Building (1904) in Buffalo, New York, Unity Temple (1905) in Oak Park, Illinois, and the Robie House (1910) in Chicago, Illinois were some of the first examples of modern architecture in the United States. Frank Lloyd Wright was a major influence on European architects, including both Walter Gropius (founder of the Bauhaus) and Ludwig Mies van der Rohe, as well as on the whole of organic architecture.