Performance and conceptual art challenge the notion of visual art.

Conceptual art emerged as a movement during the 1960s. In part, it was a reaction against formalism as articulated by influential New York art critic Clement Greenberg. According to Greenberg, modern art followed a process of progressive reduction and refinement toward the goal of defining the essential, formal nature of each medium. Elements that ran counter to this nature were to be reduced.

The task of painting, for example, was to define precisely what kind of object a painting truly is: what makes it a painting and nothing else? The nature of a painting is a flat canvas object onto which colored pigment is applied. Elements such things as figuration, 3-D perspective illusion, and references to external subject matter were considered extraneous to the essence of painting and thus removed.

Some have argued that conceptual art continued this dematerialization of art by removing the need for objects altogether, while others, including many of the artists themselves, saw conceptual art as a radical break from Greenberg’s kind of formalist modernism. Later artists continued to share a preference for self-critical art as well as a distaste for illusion. However, by the end of the 1960s, it was clear that Greenberg’s stipulations for art no longer held traction.

Performance art is a traditionally interdisciplinary performance presented to an audience. It may be scripted or unscripted, random or carefully orchestrated, spontaneous or otherwise planned, and occur with or without audience participation. The performance can be live or distributed via media; the performer can be present or absent. Any situation that involves the four basic elements of time, space, the performer’s body or presence in a medium, and a relationship between the performer and the audience can be considered performance art. It can happen anywhere, in any venue or setting, and for any length of time. 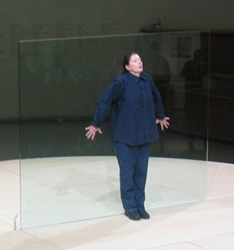 The first wave of the conceptual art movement extended from approximately 1967 to 1978, influenced by early concept artists like Henry Flynt, Robert Morris, and Ray Johnson.  Conceptual artists like Dan Graham, Hans Haacke, and Lawrence Weiner have proven very influential on subsequent artists, and well-known contemporary artists such as Mike Kelley or Tracey Emin are sometimes labeled “second- or third-generation” conceptualists, or post-conceptual artists.

Contemporary artists have adopted many of the concerns of the conceptual art movement. While these artists may or may not identify themselves as conceptual artists, ideas such as anti-commodification, social and political critique, and ideas/information as medium continue to have a place in contemporary art, especially among artists working with installation art, performance art, net art, and digital art.

Performance art is an essentially contested concept: any single definition implies the recognition of rival uses. Like concepts such as”democracy” or “art,” it implies productive disagreement with itself.

The narrower meaning of the term refers to postmodernist traditions in Western culture. From about the mid-1960s into the 1970s, performance art often derived from concepts of visual art, with respect to Antonin Artaud, Dada, the Situationists, Fluxus, installation art, and conceptual Art. It was often defined as the antithesis to theatre, challenging orthodox art forms and cultural norms. The ideal was an ephemeral and authentic experience for the performer and audience in an event that could not be repeated, captured, or purchased.

Performance artists often challenge the audience to think in new and unconventional ways, break conventions of traditional arts, and break down conventional ideas about “what art is.” As long as the performer does not become a player who repeats a role, performance art can include satirical elements (compare Blue Man Group); utilize robots and machines as performers, as in pieces of the Survival Research Laboratories; or borrow elements of any performing arts such as dance, music, and circus.

Digital art describes artistic works and practices that use digital technology as a part of the creative process.

Digital art is a general term for any art that uses digital technology as an essential part of the creative process. Since the 1970s, various names have been used to describe such artwork, including computer art and multimedia art, and digital art itself is placed under the larger umbrella term of new media art.

The impact of digital technology has transformed activities such as painting, drawing, sculpture, and music, while new forms (such as net art, digital installation art, and virtual reality) have become recognized as art. More generally, the term digital artist describes one who creates art using digital technologies. The term digital art is also applied to contemporary art that uses the methods of mass production or digital media.

Techniques of digital art are used extensively by the mainstream media in advertisements and by filmmakers to produce special effects. Both digital and traditional artists use many sources of electronic information and programs to create their work. Given the parallels between visual art and music, it seems likely that acceptance of the value of digital art parallel the progression to acceptance of electronic music over the last four decades.

Digital art can be purely computer-generated or taken from other sources, such as scanned photographs or images drawn using graphics software. The term may technically be applied to art done using other media or processes and merely scanned into a digital format, but digital art usually describes art that has been significantly modified by a computer program. Digitized text, raw audio, and video recordings are usually not considered digital art alone, but can be part of larger digital art projects. Digital painting is created in a similar fashion to non-digital painting uses software to create and distribute the work. 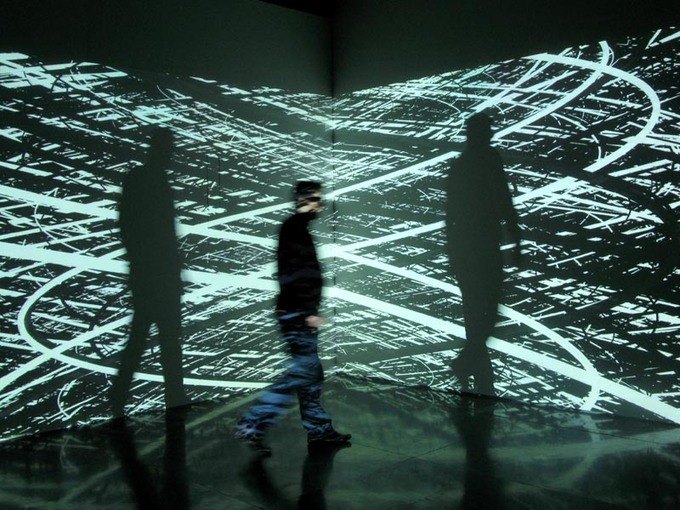 Digital visual art consists of two-dimensional (2D) information displayed on a monitor as well as information mathematically translated into three-dimensional (3D) images and viewed through perspective projection on a monitor. The simplest form is 2D computer graphics, which reflect drawings made using a pencil and paper. In this case, however, the image is on the computer screen and the instrument used to draw might be a stylus or mouse. The creation might appear to be drawn with a pencil, pen, or paintbrush.

Another kind of digital video art is 3D computer graphics, where the screen becomes a window into a virtual environment of arranged objects that are “photographed” by the computer. Many software programs enable collaboration, lending such artwork to sharing and augmentation so users can collaborate on an artistic creation. Computer-generated animations are created with a computer from digital models. The term is usually applied to works created entirely with a computer. Movies make heavy use of computer-generated graphics, which are called computer-generated imagery (CGI) in the film industry. 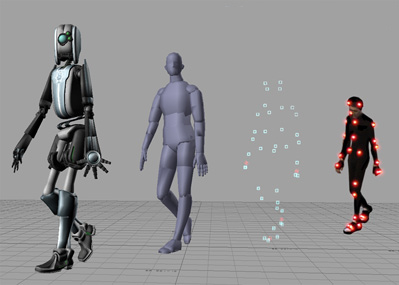 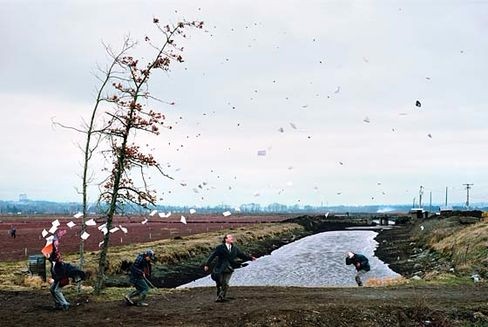 Jeff Wall, A Sudden Gust of Wind (after Hokusai), 1993: The well-known photographer Jeff Wall often uses digital photography to create his works, thereby classifying them as a form of digital art that exemplifies the exceptionally wide-reaching nature of the term itself.

Video art relies on moving pictures and is comprised of video and/or audio data.

Discuss the history and current use of video art

Video art came into existence during the late 1960s and early 1970s as new technology became available outside corporate broadcasting for the production of moving image work. The medium of video being used to create the work, which can then be broadcast, viewed in galleries, distributed as video tapes or DVD discs, or presented as sculptural installations incorporating one or more television sets or video monitors.

Prior to the introduction of this new technology, moving image production was only available to the consumer through 8 or 16 millimeter film. Many artists found video more appealing than film, particularly when the medium’s greater accessibility was coupled with technologies able to edit or modify the video image. The relative affordability of video also led to its popularity as a medium. 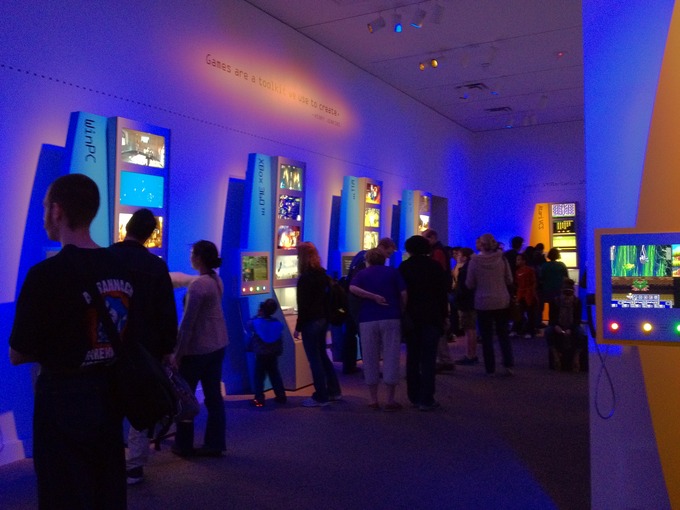 The first multi-channel video art was Wipe Cycle by Ira Schneider and Frank Gillette. An installation of nine television screens, Wipe Cycle combined live images of gallery visitors, found footage from commercial television, and shots from pre-recorded tapes. The material was alternated from one monitor to the next in an elaborate choreography.

Many early prominent video artists were involved with concurrent movements in conceptual art, performance, and experimental film. These include Americans Vito Acconci, John Baldessari, and Peter Campus, among others. Some, like Steina and Woody Vasulka, employed video synthesizers to create abstract works.

Much video art in the medium’s heyday experimented formally with the limitations of the format. For example, American artist Peter Campus’ Double Vision combined the video signals from two Sony Portapaks through an electronic mixer, resulting in a distorted and radically dissonant image. Another representative piece, Joan Jonas’ Vertical Roll, involved recording previously-recorded material of Jonas dancing while playing the videos back on a television, resulting in a layered and complex representation of mediation. 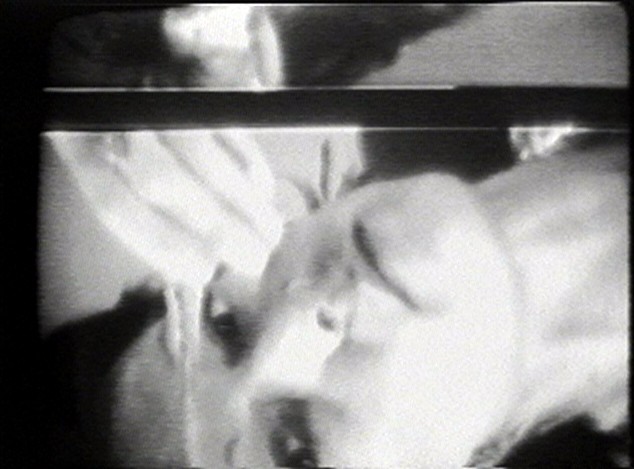 Currently, video art is represented by two varieties: single-channel and installation. Single-channel works are much closer to the conventional idea of television in that a video is screened, projected, or shown as a single image. Installation works, meanwhile, involve either an environment, distinct pieces of video presented separately, or any combination of video coupled with traditional media like sculpture. Installation video is the most common form of video art today. Sometimes it is combined with other media and is often subsumed by the greater whole of an installation. Contemporary contributions are being produced at the crossroads of such disciplines as installation, architecture, design, sculpture, and electronic art.