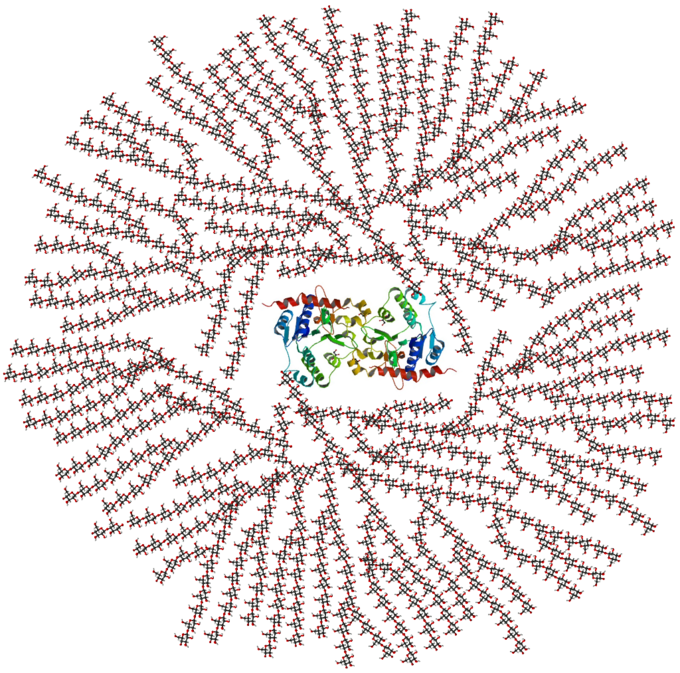 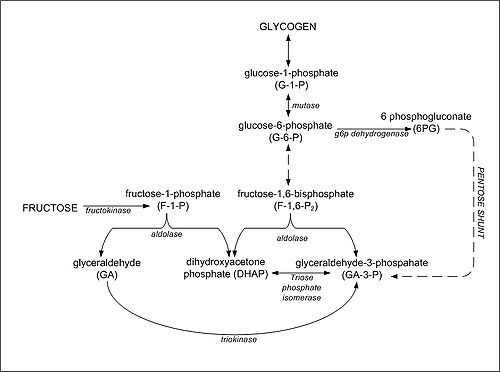 Excess amino acids are converted into molecules that can enter the pathways of glucose catabolism.

Describe the role played by proteins in glucose metabolism

Metabolic pathways should be thought of as porous; that is, substances enter from other pathways and intermediates leave for other pathways. These pathways are not closed systems. Many of the substrates, intermediates, and products in a particular pathway are reactants in other pathways. Proteins are a good example of this phenomenon. They can be broken down into their constituent amino acids and used at various steps of the pathway of glucose catabolism.

Proteins are hydrolyzed by a variety of enzymes in cells. Most of the time, the amino acids are recycled into the synthesis of new proteins or are used as precursors in the synthesis of other important biological molecules, such as hormones, nucleotides, or neurotransmitters. However, if there are excess amino acids, or if the body is in a state of starvation, some amino acids will be shunted into the pathways of glucose catabolism. 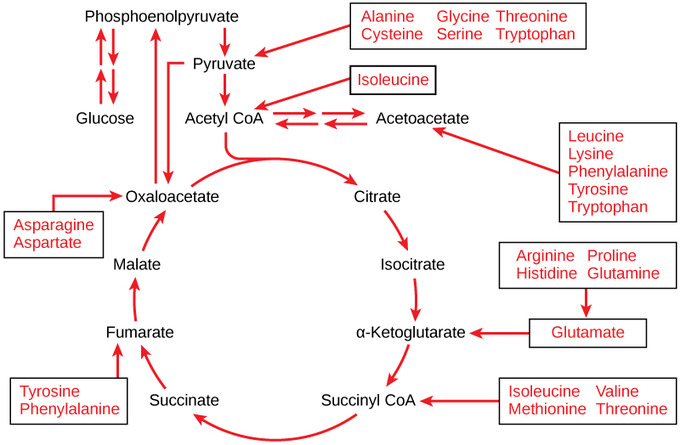 Connection of Amino Acids to Glucose Metabolism Pathways: The carbon skeletons of certain amino acids (indicated in boxes) are derived from proteins and can feed into pyruvate, acetyl CoA, and the citric acid cycle.

Each amino acid must have its amino group removed (deamination) prior to the carbon chain’s entry into these pathways. When the amino group is removed from an amino acid, it is converted into ammonia through the urea cycle. The remaining atoms of the amino acid result in a keto acid: a carbon chain with one ketone and one carboxylic acid group. In mammals, the liver synthesizes urea from two ammonia molecules and a carbon dioxide molecule. Thus, urea is the principal waste product in mammals produced from the nitrogen originating in amino acids; it leaves the body in urine. The keto acid can then enter the citric acid cycle.

Lipids can be both made and broken down through parts of the glucose catabolism pathways.

Explain the connection of lipids to glucose metabolism

Triglycerides, a form of long-term energy storage in animals, are made of glycerol and three fatty acids. Animals can make most of the fatty acids they need. Triglycerides can be both made and broken down through parts of the glucose catabolism pathways. Glycerol can be phosphorylated to glycerol-3-phosphate, which continues through glycolysis.

Fatty acids are catabolized in a process called beta-oxidation that takes place in the matrix of the mitochondria and converts their fatty acid chains into two carbon units of acetyl groups, while producing NADH and FADH2. The acetyl groups are picked up by CoA to form acetyl CoA that proceeds into the citric acid cycle as it combines with oxaloacetate. The NADH and FADH2 are then used by the electron transport chain.