Describe how the forces of genetic drift, genetic hitchhiking, gene flow, and mutation can lead to differences in population variation

According to evolutionary theory, every organism from humans to beetles to plants to bacteria share a common ancestor. Millions of years of evolutionary pressure caused some organisms to died while others survived, leaving earth with the diverse life forms we have today. Within this diversity is unity; for example, all organisms are composed of cells and use DNA. The theory of evolution gives us a unifying theory to explain the similarities and differences within life’s organisms and processes. 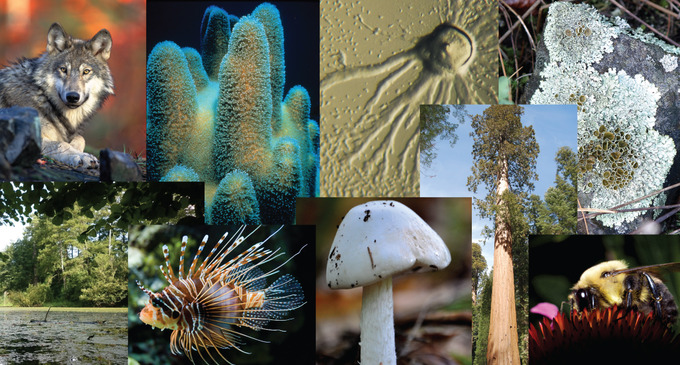 Evolution on earth: Evolution has resulted in living things that may be single-celled or complex, multicellular organisms. They may be plants, animals, fungi, bacteria, or archaea. This diversity results from evolution.

A population is a group of individuals that can all interbreed, often distinguished as a species. Because these individuals can share genes and pass on combinations of genes to the next generation, the collection of these genes is called a gene pool. The process of evolution occurs only in populations and not in individuals. A single individual cannot evolve alone; evolution is the process of changing the gene frequencies within a gene pool. Five forces can cause genetic variation and evolution in a population: mutations, natural selection, genetic drift, genetic hitchhiking, and gene flow.

Why do some organisms survive while others die? These surviving organisms generally possess traits or characteristics that bestow benefits that help them survive (e.g., better camouflage, faster swimming, or more efficient digestion). Each of these characteristics is the result of a mutation, or a change in the genetic code. Mutations occur spontaneously, but not all mutations are heritable; they are passed down to offspring only if the mutations occur in the gametes. These heritable mutations are responsible for the rise of new traits in a population.

Mutation and natural selection: As mutations create variation, natural selection affects the frequency of that trait in a population. Mutations that confer a benefit (such as running faster or digesting food more efficiently) can help that organism survive and reproduce, carrying the mutation to the next generation.

When selective forces are absent or relatively weak, gene frequencies tend to “drift” due to random events. This drift halts when the variation of the gene becomes “fixed” by either disappearing from the population or replacing the other variations completely. Even in the absence of selective forces, genetic drift can cause two separate populations that began with the same genetic structure to drift apart into two divergent populations.

Genetic drift and gene fixation: In this simulation, there is fixation in the blue gene variation within five generations. Images these dots are beetles and some of them are destroyed by a wildfire. As the surviving population changes over time, some traits (red) may be completely eliminated from the population, leaving only the beetles with other traits (blue).

When recombination occurs during sexual reproduction, genes are usually shuffled so that each parent gives its offspring a random assortment of its genetic variation. However, genes that are close together on the same chromosome are often assorted together. Therefore, the frequency of a gene may increase in a population through genetic hitchhiking if its proximal genes confer a benefit.

Population genetics is the study of the distributions and changes of allele frequency in a population.

A gene for a particular characteristic may have several variations called alleles. These variations code for different traits associated with that characteristic. For example, in the ABO blood type system in humans, three alleles (IA, IB, or i) determine the particular blood-type protein on the surface of red blood cells. A human with a type IA allele will display A-type proteins (antigens) on the surface of their red blood cells. Individuals with the phenotype of type A blood have the genotype IAIA or IAi, type B have IBIB or IBi, type AB have IAIB, and type O have ii.

ABO blood type in humans: In humans, each blood type corresponds to a combination of two alleles, which represent a the type of antigens displayed on the outside of a red blood cell. Human blood types are A, B, AB, and O.

Natural selection also affects allele frequency. If an allele confers a phenotype that enables an individual to better survive or have more offspring, the frequency of that allele will increase. Because many of those offspring will also carry the beneficial allele and, therefore, the phenotype, they will have more offspring of their own that also carry the allele. Over time, the allele will spread throughout the population and may become fixed: every individual in the population carries the allele. If an allele is dominant but detrimental, it may be swiftly eliminated from the gene pool when the individual with the allele does not reproduce. However, a detrimental recessive allele can linger for generations in a population, hidden by the dominant allele in heterozygotes. In such cases, the only individuals to be eliminated from the population are those unlucky enough to inherit two copies of such an allele.

The founder effect occurs when part of a population becomes isolated and establishes a separate gene pool with its own allele frequencies. When a small number of individuals become the basis of a new population, this new population can be very different genetically from the original population if the founders are not representative of the original. Therefore, many different populations, with very different and uniform gene pools, can all originate from the same, larger population. Together, the forces of natural selection, genetic drift, and founder effect can lead to significant changes in the gene pool of a population. 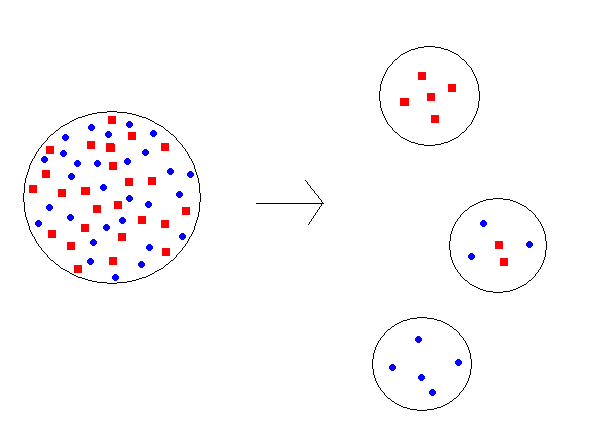 The Founder Effect: Here are three possible outcomes of the founder effect, each with gene pools separate from the original populations.

The Hardy-Weinberg principle can be used to estimate the frequency of alleles and genotypes in a population.

Although no real-world population can satisfy all of these conditions, the principle still offers a useful model for population analysis. 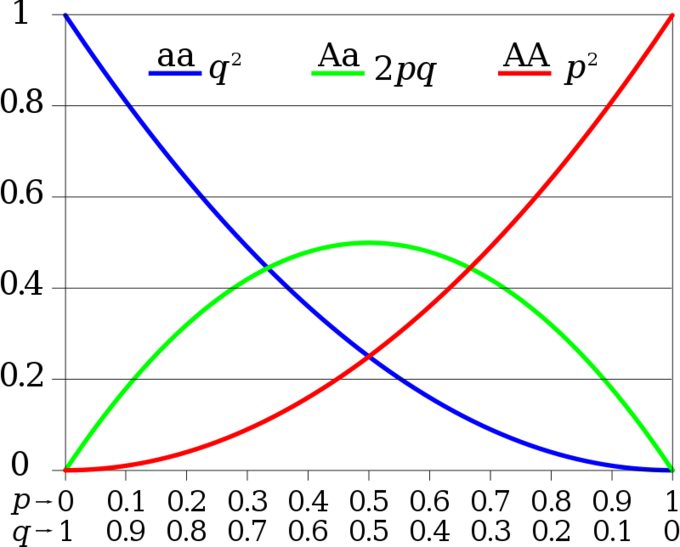 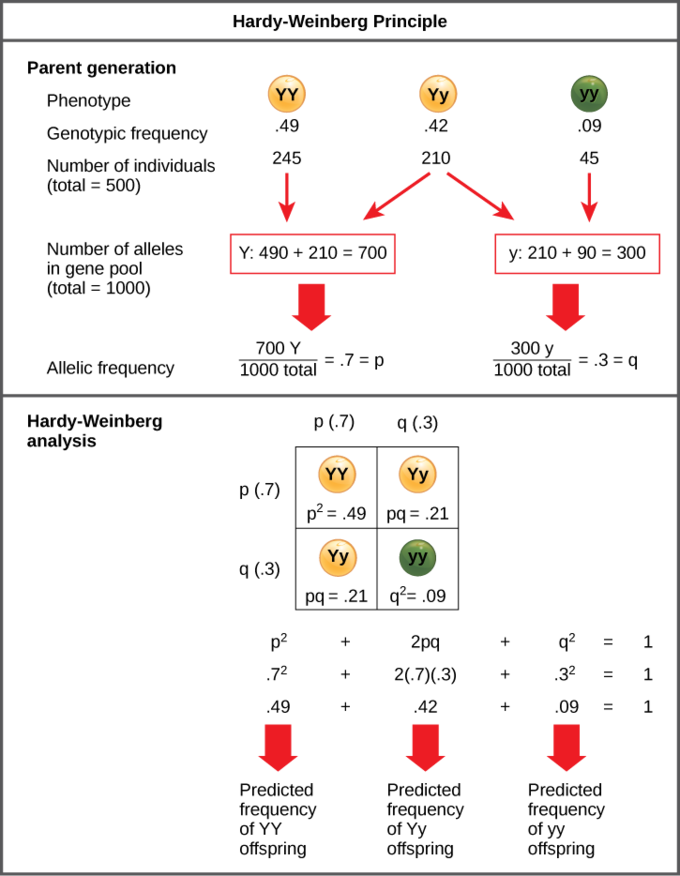 The Hardy-Weinberg Principle: When populations are in the Hardy-Weinberg equilibrium, the allelic frequency is stable from generation to generation and the distribution of alleles can be determined.If the allelic frequency measured in the field differs from the predicted value, scientists can make inferences about what evolutionary forces are at play.