A frame in social theory consists of a schema of interpretation that individuals rely on to understand and respond to events.

A frame in social theory consists of a schema of interpretation that individuals rely on to understand and respond to events. In other words, people build a series of mental filters through biological and cultural influences and use those filters to understand the world. Their choices are influenced by their frames.

When one seeks to explain an event, the understanding often depends on the individual’s frame. If a friend rapidly closes and opens an eye, we will respond very differently depending on whether we attribute this to a purely “physical” frame (s/he blinked) or to a social frame (s/he winked).

Though the former might result from a speck of dust (resulting in an involuntary and not particularly meaningful reaction), the latter would imply a voluntary and meaningful action (e.g., to convey humor to an accomplice).

People do not look at an event and then “apply” a frame to it; people constantly project into the world around them the interpretive frames that allow them to make sense of it. People only shift frames when incongruity calls for a frame shift. In other words, people only become aware of the frames that they already use when something forces them to replace one frame with another.

Framing is so effective because it is a heuristic, or a mental shortcut that may not always yield desired results and is seen as a “rule of thumb.” According to Susan T. Fiske and Shelley E. Taylor, human beings are by nature ” cognitive misers,” meaning they prefer to do as little thinking as possible. Frames provide people a quick and easy way to process information. Hence, people will use the previously mentioned mental filters (a series of which is called a “schema”) to make sense of incoming messages. This gives the sender and framer of the information enormous power to use these schemas to influence how the receivers will interpret the message. 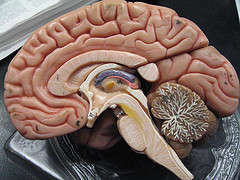 The Brain’s Heuristics for Emotions: Emotions appear to aid the decision-making process.

The Framing of Problems

Amos Tversky and Daniel Kahneman have shown that framing can affect the outcome (i.e., the choices one makes) of choice problems, to the extent that several of the classic axioms of rational choice do not hold. This led to the development of the prospect theory as an alternative to rational choice theory.

The context or framing of problems adopted by decision makers results in part from extrinsic manipulation of the decision options offered, as well as from forces intrinsic to decision makers (e.g., their norms, habits, and unique temperament).

Tversky and Kahneman (1981) demonstrated systematic reversals of preference when the same problem is presented in different ways, for example, in the Asian disease problem. Participants were asked to “imagine that the U.S. is preparing for the outbreak of an unusual Asian disease, which is expected to kill 600 people. Two alternative programs to combat the disease have been proposed. Assume the exact scientific estimate of the consequences of the programs are as follows. ”

In this decision frame, 78% preferred program D, with the remaining 22% opting for program C.

Framing effects arise because one can frequently frame a decision using multiple scenarios, wherein one may express benefits either as a relative risk reduction (RRR), or as absolute risk reduction (ARR). Extrinsic control over the cognitive distinctions (between risk tolerance and reward anticipation), adopted by decision makers, can occur through altering the presentation of relative risks and absolute benefits.

People generally prefer the absolute certainty inherent in a positive framing-effect, which offers an assurance of gains. When decision options appear framed as a likely gain, risk-averse choices predominate.

A shift toward risk-seeking behavior occurs when a decision maker frames decisions in negative terms or adopts a negative framing effect.

It is important to develop and consider alternatives for dealing with any given situation.

Explain the benefits of decision planning

Making a decision without planning is fairly common, but does not often end well. Planning allows for decisions to be made comfortably and in a smart way. Planning also makes decision making much simpler. Any decision will get four benefits out of planning:

The need to make a decision arises because there are many available alternatives. Hence, the next step after defining the main problem would be to identify the alternatives available for that particular situation.

While brainstorming, individuals do not have to restrict themselves to thinking about the very obvious options. Instead, they can use their creative skills and come up with alternatives that may look a little irrelevant. This is important because sometimes solutions can come from these out-of-the-box ideas.

Evaluating alternatives is an important and difficult step of the decision-making process.

Evaluating the alternatives can be said to be one of the most important stages of the decision-making process. This is the stage where you have to analyze each alternative that you have come up with. You have to find out the advantages and disadvantages of each option. This can be done with the research you have done on that particular alternative. At this stage, you can also filter out the options that you think are impossible or do not serve your purpose. Rating each option with a numerical digit would also help in the filtration process. 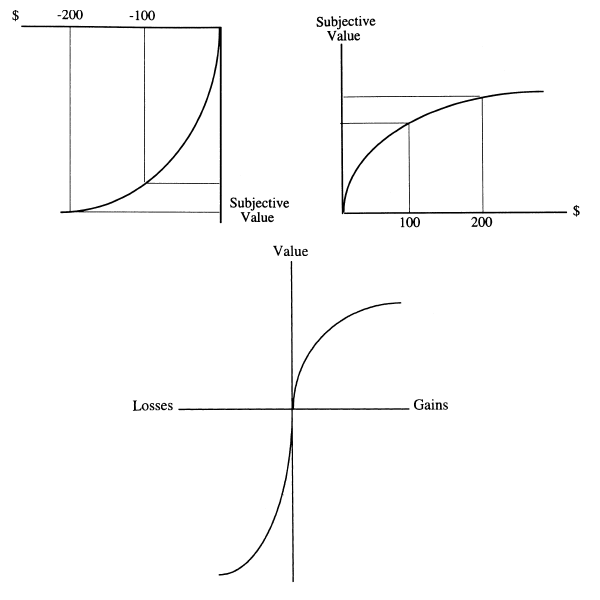 Money and Decision Making: Relation between (monetary) gains and losses and their subjective value.

But even respecting the considerations above, there still might be problems in making the “right” decision because of different misleading effects, which mainly arise because of the constraints of inductive reasoning. This generally means that our model of a situation or problem might not be ideal to solve it in an optimal way. Biases can creep into our decision-making processes. Many different people have made a decision about the same question (e.g., “Should I have a doctor look at this troubling breast cancer symptom I’ve discovered? ” “Why did I ignore the evidence that the project was going over budget? “) and then craft potential cognitive interventions aimed at improving decision-making outcomes.

At every step of decision making, misperceptions based on incorrect input, biases, lack of information, and other traps can corrupt the choices we make. We are particularly vulnerable to traps involving uncertainty because most of us are not good at judging chances. Complex and important decisions are the most prone to distortion because they tend to have many assumptions and estimates, as well as influence by misaligned parties.

Research has shown that over time we develop unconscious routines to cope with the inherent intricacy in most decision making. These thinking patterns, known as heuristics, can help us in many situations. We are nimble at judging distance, time, weight, and volume. For example, in judging distance our minds rely on a heuristic that associate clearness with closeness. The better the visibility of an object, the closer it must be.

But some heuristics can muddle our thinking with biases and irrational preferences. The danger with these traps is that they are invisible to most of us.

Decision making often includes the need to assign a reason to justify the decision. This factor is illustrated by an experiment by A. Tversky and E. Shafir in 1992. For this experiment, a very attractive vacation package was offered to a group of students who had just passed an exam. It was also offered to another group of students who had just failed the exam and had the chance to rewrite it over their vacation. All students had the option to buy the ticket straight away, to stay at home, or to pay and keep the option open until they would get their results. Even though the actual exam result did not influence the decision, it was required in order to provide a rationale.

Putting the Plan to Work

After analyzing the options, the next step is the implementation of a solution.

Outline the key steps in the decision making process

Steps in the decision making process include:

The decisive actions are taken, and additional actions are taken to prevent any adverse consequences from becoming problems and starting both systems (problem analysis and decision making) all over again. There are steps that are generally followed that result in a decision model that can be used to determine an optimal production plan. In a situation featuring conflict, role-playing is helpful for predicting decisions to be made by the parties involved. 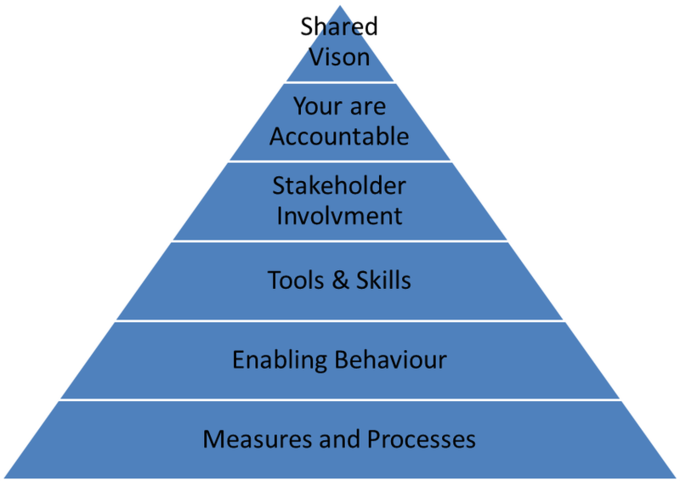 Making a decision without planning is fairly common, but does not often end well. Planning allows for decisions to be made comfortably and in an intelligent way. Planning also simplifies the decision-making process. Any decision will get four benefits out of planning:

Feedback is the process where past information influences the a similar phenomenon in the present or future.

Feedback is a process in which information about the past or the present influences the same phenomenon in the present or future. As part of a chain of cause-and-effect that forms a circuit or loop, the event is said to “feed back” into itself.

Ramaprasad (1983) defines feedback generally as “information about the gap between the actual level and the reference level of a system parameter which is used to alter the gap in some way,” emphasising that the information by itself is not feedback unless translated into action. “…’feedback’ exists between two parts when each affects the other…”

Feedback is also a synonym for:

The Feedback Loop in Decision Making

Just making a decision, and implementing it is not the end of the decision-making process. It is crucial to monitor your decision regularly once it is implemented. At this stage, you have to keep a close eye on the progress made by implementing the solution. You may need to measure the results of implementation against your expected standards. Monitoring of solutions early on will help you close the feedback loop by altering your decisions, if you notice a deviation of results from your expectations.

In the end, you will be able to see what you did right and wrong when coming up and putting the decision to use and you may choose to revisit the past decision or take a different tact when faced with similar problems in the future.