The Goals of Entrepreneurs

The goals of entrepreneurs are varied and individualized but can include the achievement of independence, financial success, or social change.

Discover the factors that lead individuals to entrepreneurship

What leads a person to strike out on his own and start a business? Sometimes it is a proactive response to a negative situation. Perhaps a person has been laid off once or more. Sometimes a person is frustrated with his or her current job and doesn’t see any better career prospects on the horizon. Sometimes a person realizes that his or her job is in jeopardy. A firm may be contemplating cutbacks that could end a job or limit career or salary prospects. Perhaps a person already has been passed over for promotion. Perhaps a person sees no opportunities in existing businesses for someone with his or her interests and skills. Some people are actually repulsed by the idea of working for someone else. They object to a system where reward is often based on seniority rather than accomplishment, or where they have to conform to a corporate culture. Other people decide to become entrepreneurs because they are disillusioned by the bureaucracy or politics involved in getting ahead in an established business or profession. Some are tired of trying to promote a product, service, or way of doing business that is outside the mainstream operations of a large company.

In contrast, some people are attracted to entrepreneurship simply for the sake of the advantages of starting a business. These include:

No one reason is more valid than another; none guarantee success. However, a strong desire to start a business, combined with a good idea, careful planning, and hard work, can lead to a very engaging and profitable endeavor. 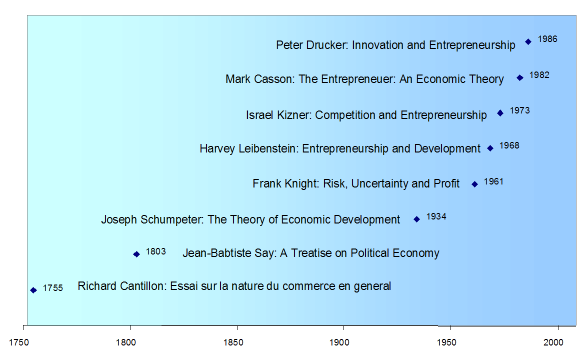 Benefits of a Small Organization

In general, small firms have greater flexibility than larger firms and capacity to respond promptly to industry or community developments.

Discuss how flexibility, adaptation, independence, and the involvement of high skilled personnel in small organizations bring about benefits

In general, small start-up firms have greater flexibility than larger firms and the capacity to respond promptly to industry or community developments. They are able to innovate and create new products and services more rapidly and creatively than larger companies that are mired in bureaucracy. Whether reacting to changes in fashion, demographics, or a competitor’s advertising, a small firm usually can make decisions in days, not months or years.

Small business is also well suited to Internet marketing because it can easily serve specialized niches, something that would have been more difficult prior to the Internet revolution, which began in the late 1990s. Adapting to change is crucial in business and particularly small business; not being tied to any bureaucratic inertia, it is typically easier to respond to the marketplace quickly. Small business proprietors tend to be intimate with their customers and clients which results in greater accountability and maturity.

A small firm has the ability to modify its products or services in response to unique customer needs. The average entrepreneur or manager of a small business knows his customer base far better than one in a large company. If a modification in the products or services offered, or even the business’s hours of operation, would better serve the customers, it is possible for a small firm to make changes. Customers can even have a role in product development.

Another strength comes from the involvement of highly skilled personnel in all aspects of a startup business. In particular, startups benefit from having senior partners or managers working on tasks below their highest skill level. For example, when entrepreneur William J. Stolze helped start RF Communications in 1961 in Rochester, New York, three of the founders came from the huge corporation General Dynamics, where they held senior marketing and engineering positions. In the new venture, the marketing expert had the title “president” but actually worked to get orders. The senior engineers were no longer supervisors; instead, they were designing products. As Stolze said in his book, Start Up, “In most start-ups that I know of, the key managers have stepped back from much more responsible positions in larger companies, and this gives the new company an immense competitive advantage. ” Another strength of a startup is that the people involved–the entrepreneur, any partners, advisers, employees, or even family members–have a passionate, almost compulsive, desire to succeed. This makes them work harder and better. Finally, many small businesses and startup ventures have an intangible quality that comes from people who are fully engaged and doing what they want to do. This is “the entrepreneurial spirit,” the atmosphere of fun and excitement that is generated when people work together to create an opportunity for greater success than is otherwise available. This can attract workers and inspire them to do their best.

Independence is another advantage of owning a small business. One survey of small business owners showed that 38% of those who left their jobs at other companies said their main reason for leaving was that they wanted to be their own bosses. Freedom to operate independently is a reward for small business owners. In addition, many people desire to make their own decisions, take their own risks, and reap the rewards of their efforts. Small business owners have the satisfaction of making their own decisions within the constraints imposed by economic and other environmental factors. However, entrepreneurs have to work very long hours and understand that ultimately their customers are their bosses. Additionally, the startup cycle of initial financing can be daunting, and entrepreneurs have to act responsibly and intelligently so as not to end up in the “Valley of Death. ” Several organizations in the United States provide help for the small business sector, such as the Internal Revenue Service’s Small Business and Self-Employed One-Stop Resource.

Entrepreneurship and the Economy 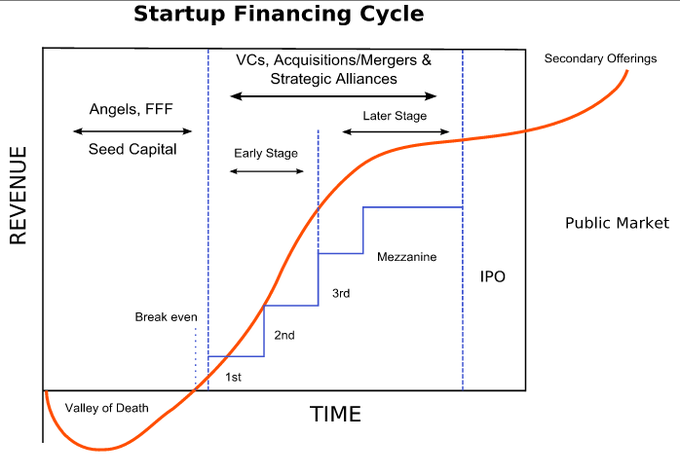 Equilibrium models are central to mainstream economics, and exclude entrepreneurship. Joseph Schumpeter and Israel Kirzner argued that entrepreneurs do not tolerate equilibrium.

Studies about entrepreneurs in Economics, Psychology and Sociology largely relate to four major currents of thought. Early thinkers such as Max Weber emphasized its occurrence in the context of a religious belief system, thereby suggesting that some belief systems do not encourage entrepreneurship. This contention has, however, been challenged by many sociologists. Some thinkers such as K Samuelson believe that there is no relationship between religion, economic development and entrepreneurship. Karl Marx considered the economic system and mode of production as its sole determinants. Weber suggested a direct relation between the ethics and economic system as both intensively interacted. Another current of thought underscores the motivational aspects of personal achievement. This overemphasized the individual and his values, attitudes and personality. This thought, however, has been severely criticized by many scholars such as Kilby (1971) and Kunkel (1971).

Economists of the 1930s and the Acknowledgement of Entrepreneurship

Entrepreneurship is a factor in microeconomics, and its study reaches back to the work of Richard Cantillon and Adam Smith in the late 17th and early 18th centuries. It was ignored theoretically until the late 19th and early 20th centuries and empirically until a profound resurgence in business and economics in the last 40 years. In the 20th century, the understanding of entrepreneurship owes much to the work of Joseph Schumpeter in the 1930s and other Austrian economists such as Carl Menger, Ludwig von Mises and Friedrich von Hayek. To Schumpeter, an entrepreneur is a person willing and able to convert a new idea or invention into a successful innovation. Entrepreneurship employs what Schumpeter called “the gale of creative destruction” to replace in whole or in part inferior innovations across markets and industries, simultaneously creating new products and business models. In this way, creative destruction is largely responsible for the dynamism of industries and long-run economic growth. The supposition that entrepreneurship leads to economic growth is an interpretation of the residual in endogenous growth theory and as such is hotly debated in academic economics. An alternate description posited by Israel Kirzner suggests that the majority of innovations may be much more incremental improvements such as the replacement of paper with plastic in the construction of a drinking straw.

For Schumpeter, entrepreneurship resulted in new industries but also in new combinations of currently existing inputs. Schumpeter’s initial example of this was the combination of a steam engine and then current wagon-making technologies to produce the horseless carriage. In this case the innovation, the car, was transformational but did not require the development of a new technology, merely the application of existing technologies in a novel manner. It did not immediately replace the horsedrawn carriage, but in time, incremental improvements which reduced the cost and improved the technology led to the complete practical replacement of beast drawn vehicles in modern transportation. Despite Schumpeter’s early 20th-century contributions, traditional microeconomic theory did not formally consider the entrepreneur in its theoretical frameworks (instead assuming that resources would find each other through a price system). In this treatment the entrepreneur was an implied but unspecified actor, but it is consistent with the concept of the entrepreneur being the agent of x-efficiency. Different scholars have described entrepreneurs as, among other things, bearing risk. For Schumpeter, the entrepreneur did not bear risk: the capitalist did.