The Money of International Business

A foreign currency exchange rate between two currencies is the rate at which one currency will be exchanged for another. It is also regarded as the value of one country’s currency in terms of another’s. Exchange rates are determined in the foreign exchange market. The “forex” or “FX” market is the largest currency exchange market in the world today, where trading averages around 5.3 trillion US dollars per day (data from April, 2013).

At the destination, travelers can buy local currency at the airport, at their hotel, a local money changer or dealer, through an ATM, or at a bank branch. When they purchase goods in a store and they do not have local currency, they can use a credit card, which will convert to the purchaser’s home currency at its prevailing exchange rate. If they have traveler’s checks or a travel card in the local currency, no currency exchange is necessary.

If a traveler has any foreign currency left over on his return home, he may want to sell it, which he may do at his local bank or money changer. The exchange rate, as well as fees and charges, can vary significantly on each of these transactions, and the exchange rate can vary from one day to the next.

A currency pair is the quotation of the relative value of a currency unit against the unit of another currency in the foreign exchange market. The quotation EUR/USD 1.25 means that one euro is exchanged for 1.25 US dollars.

Each country, through varying mechanisms, manages the value of its currency. As part of this function, it determines the exchange rate regime that will apply to its currency. For example, the currency may be free-floating, pegged or fixed, or a hybrid.

If a currency is free-floating, its exchange rate is allowed to vary against that of other currencies and is determined by the market forces of supply and demand. This currency is said to have a “floating exchange rate. ” Exchange rates for such currencies are likely to change almost constantly as quoted on financial markets, mainly by banks, around the world.

A movable or adjustable peg system is a system of fixed exchange rates, but with a provision for the devaluation of a currency. For example, between 1994 and 2005, the Chinese yuan renminbi (RMB) was pegged to the United States dollar at RMB 8.2768 to $1.00. China was not the only country to do this; from the end of World War II until 1967, Western European countries all maintained fixed exchange rates with the US dollar based on the Bretton Woods system. But that system had to be abandoned due to market pressures and speculations in the 1970s in favor of floating, market-based regimes.

Still, some governments keep their currency within a narrow range. As a result, currencies become over-valued or under-valued, causing trade deficits or surpluses. A market-based exchange rate will change whenever the values of either of the two component currencies change.

The transaction demand is highly correlated to a country’s level of business activity, gross domestic product (GDP), and employment levels. The more people who are unemployed, the less the public as a whole will spend on goods and services. Central banks typically have little difficulty adjusting the available money supply to accommodate changes in the demand for money due to business transactions.

Speculative demand is much harder for central banks to accommodate, which they influence by adjusting interest rates. A speculator may buy a currency if the return (that is the interest rate) is high enough. In general, the higher a country’s interest rates, the greater the demand for its currency. 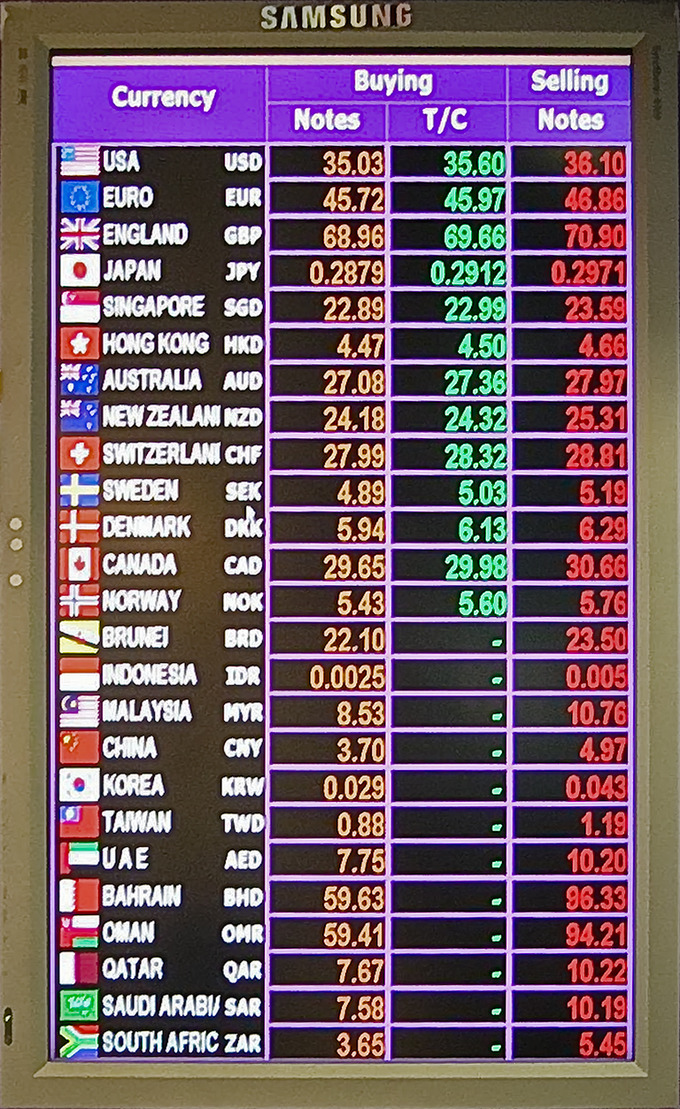 The balance of trade is the difference between the monetary value of exports and imports in an economy over a certain period.

Define the balance of trade

The balance of trade (or net exports, sometimes symbolized as NX) is the difference between the monetary value of exports and imports of output in an economy over a certain period. It is the relationship between a nation’s imports and exports. A positive balance is known as a “trade surplus,” if it consists of exporting more than is imported; a negative balance is referred to as a “trade deficit” or, informally, a “trade gap.” The balance of trade is sometimes divided into a goods and a services balance. The trade balance is identical to the difference between a country’s output and its domestic demand (the difference between what goods a country produces and how many goods it buys from abroad; this does not include money re-spent on foreign stock, nor does it factor in the concept of importing goods to produce for the domestic market).

Measuring the balance of trade can be problematic because of problems with recording and collecting data. As an illustration of this problem, when official data for all the world’s countries are added up, exports exceed imports by almost 1%; it appears the world is running a positive balance of trade with itself. This cannot be true, because all transactions involve an equal credit or debit in the account of each nation. The discrepancy is widely believed to be explained by transactions intended to launder money or evade taxes, smuggling and other visibility problems. However, especially for developed countries, accuracy is likely. Factors that can affect the balance of trade include:

In addition, the trade balance is likely to differ across the business cycle. In export-led growth (such as oil and early industrial goods), the balance of trade will improve during an economic expansion. However, with domestic demand-led growth (as in the United States and Australia), the trade balance will worsen at the same stage in the business cycle as these economies will import additional raw materials and finished goods.

Balance of payments (BOP) accounts are an accounting record of all monetary transactions between a country and the rest of the world.

Balance of payments (BOP) accounts are an accounting record of all monetary transactions between a country and the rest of the world. These transactions include payments for the country’s exports and imports of goods, services, financial capital, and financial transfers. The BOP accounts summarize international transactions for a specific period, usually a year, and are prepared in a single currency, typically the domestic currency for the country concerned. Sources of funds for a nation, such as exports or the receipts of loans and investments, are recorded as positive or surplus items. Uses of funds, such as for imports or to invest in foreign countries, are recorded as negative or deficit items.

When all components of the BOP accounts are included, they must sum to zero with no overall surplus or deficit. For example, if a country is importing more than it exports, its trade balance will be in deficit, but the shortfall will have to be counter-balanced in other ways – such as by funds earned from its foreign investments, by running down central bank reserves, or by receiving loans from other countries.

While the overall BOP accounts will always balance when all types of payments are included, imbalances are possible on individual elements of the BOP, such as the current account, the capital account excluding the central bank’s reserve account, or the sum of the two. Imbalances in the latter sum can result in surplus countries accumulating wealth, while deficit nations become increasingly indebted.

Under a fixed exchange rate system, the central bank accommodates those flows by buying up any net inflow of funds into the country or by providing foreign currency funds to the foreign exchange market to match any international outflow of funds, thus preventing the funds flows from affecting the exchange rate between the country’s currency and other currencies. Then the net change per year in the central bank’s foreign exchange reserves is sometimes called the balance of payments surplus or deficit.